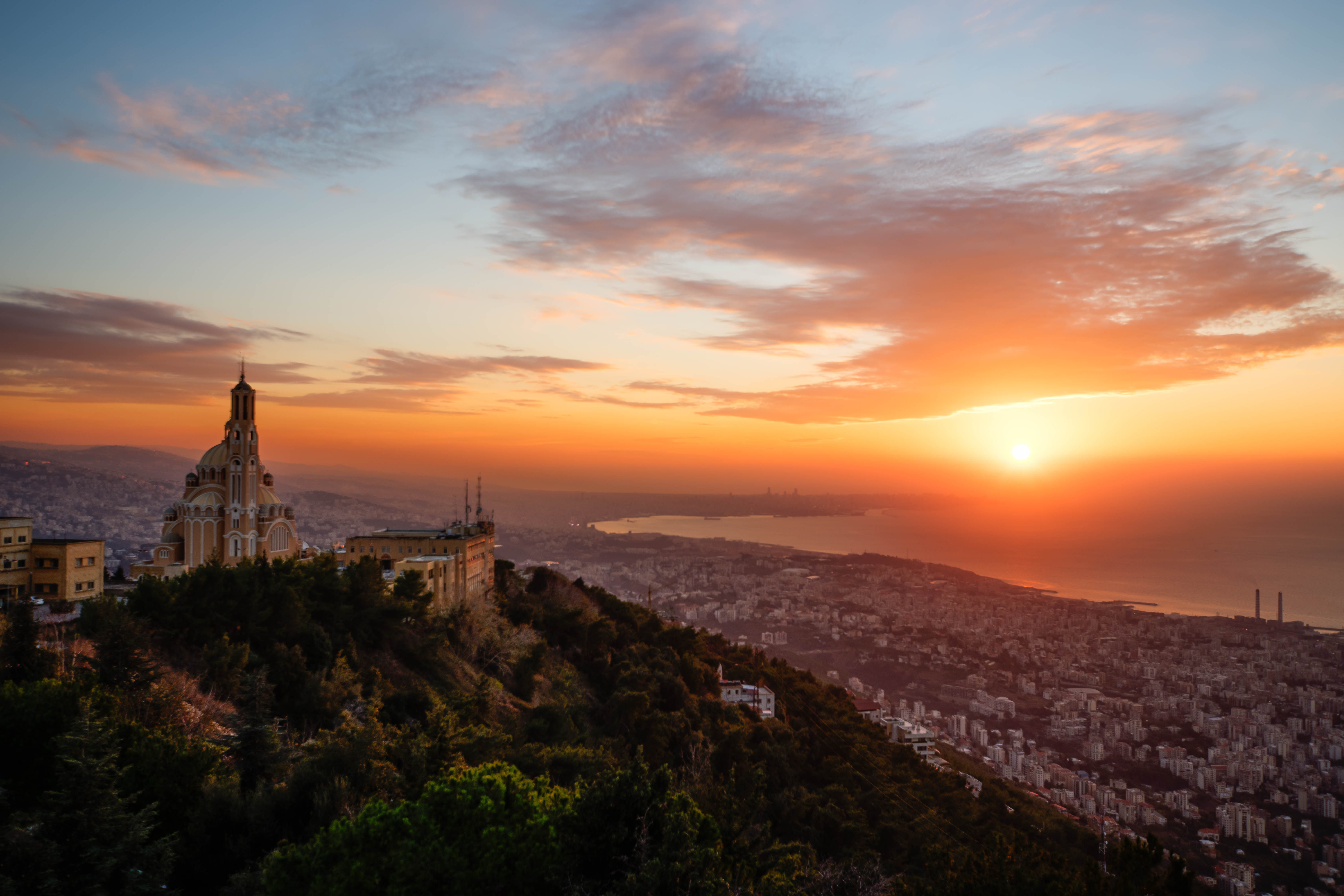 The resignation of the Lebanese Prime Minister in November 2016 highlights existing regional tensions between the Sunni Kingdom of Saudi Arabia and the Shia Republic of Iran. Saudi Arabia has a majority Sunni population and Iran is a Shiite Islamic Republic; the religious rivalry exacerbates their individual pursuits of influence and dominance in the region. These regional tensions between the two countries have persisted since the establishment of the Islamic Republic of Iran in 1979. Lebanon has been a site of indirect confrontation between the two powers as they support rival government factions. Lebanon is religiously fragmented between Shiism, Sunnism, and Christianity. If Saudi Arabia and Iran wish to wreak havoc in Lebanon, they can exploit these sectarian tensions to create conflict. In fact, Lebanon has been a site of indirect confrontation since 2005, when Iran and Saudi Arabia exploited the weak Lebanese democracy in encouraging oppositions through the domestic politics and structures.

When travelling to Saudi Arabia, Hariri was allegedly forced to resign by Saudi officials in Riyadh. The resignation is part of Saudi Arabia’s mission to destabilize Iran and isolate Hizbullah, the rising Shiite political party in the Lebanese government. Saudi Arabia may be targeting Lebanon in its pursuit of regional dominance. This is further evidenced by the anti-Iranian stance that Hariri’s resignation speech took, under alleged Saudi Arabian pressure. Additional statements presented Hizbullah, the rising Shiite group in the Lebanese government which is perceived as a threat to Saudi Arabia, as a dangerous opposition. In his resignation speech, Hariri said “Iran has a desire to destroy the Arab world and had boasted of its control of the decisions in all the Arab capitals. Hezbollah imposed a reality in Lebanon through force of arms, and their intervention causes us big problems with all our Arab allies.”

Secretary-General Ban Ki-moon (left) and Saad Hariri (next to Mr. Ban), Prime Minister of Lebanon, are pictured en route to a Security Council meeting at UN Headquarters. Photo by the United Nations. https://flic.kr/p/9kHRhM

Saudi Arabian intervention further destabilizes Lebanon’s new and fragile political system. Lebanese politics are already unstable because it is divided along the March 14 and March 8 alliances under a consociational political system, fraught with existing sectarian tensions. The Lebanese government is structured with a Maronite President, a Sunni Prime Minister and a Shiite Speaker. The March 14 alliance is led by Saad Hariri while Hizbullah is part of the March 8 Alliance. Three weeks after Hariri’s resignation, Lebanon’s Prime Minister suspended his own resignation on November 22nd and resumed office. Back in Lebanon, Hariri announced that he preferred to “dialogue with other political leaders about the relations with the rest of the region.” While Lebanese President Aoun is allied with Hezbollah and March 8 rather than with March 14, Hariri’s revoking of his resignation preserves current tensions, but also sustains the potential for dialogue between the two factions.

“Lebanon is being used as a site of indirect confrontation between Saudi Arabia and Iran; the contest between the two rivals is exacerbating sectarian tensions within Lebanon itself.”

The forced resignation seemed a Saudi “effort to isolate Hezbollah (…) by collapsing the government it participates in with Mr. Hariri.” However, Hariri’s stepping back from the resignation denies Saudi Arabia the chance to eliminate a key enemy in the region, and endeavors to resolve the extreme divide in which Hezbollah subsists in the Middle East. Hariri’s return to Lebanon and suspension of his resignation did not happen without help. The diplomatic intervention by French President Emmanuel Macron allowed Hariri to leave Saudi Arabia on November 18. His leave from Saudi Arabia disrupted Saudi Arabia’s strategy in Lebanon, as Hariri’s return resulted in the proposition of negotiations with the consociational government for a new government accord. The French move by Emmanuel Macron clearly positioned France as a major political force in the regional tensions of the Middle East between Saudi Arabia and Iran.

Lebanon is being used as a site of indirect confrontation between Saudi Arabia and Iran; the contest between the two rivals is exacerbating sectarian tensions within Lebanon itself. The regional tensions between Shiites and Sunnis translate into national tensions between these two sectarian groups. Hizbullah is a controversial issue in Lebanon, but also in the region as it is an armed Shiite party that is becoming more and more prominent in Lebanese government. Because Iran supports and funds Hizbullah, and the group is increasing in prominence in Lebanese government, Saudi Arabia is indirectly confronting Iran through public condemnations of Hizbullah. Saudi Arabia’s forced resignation of Hariri, who was not considered enough strict on Hizbullah, demonstrates the Saudi Arabia’s endeavours to gain regional dominance.