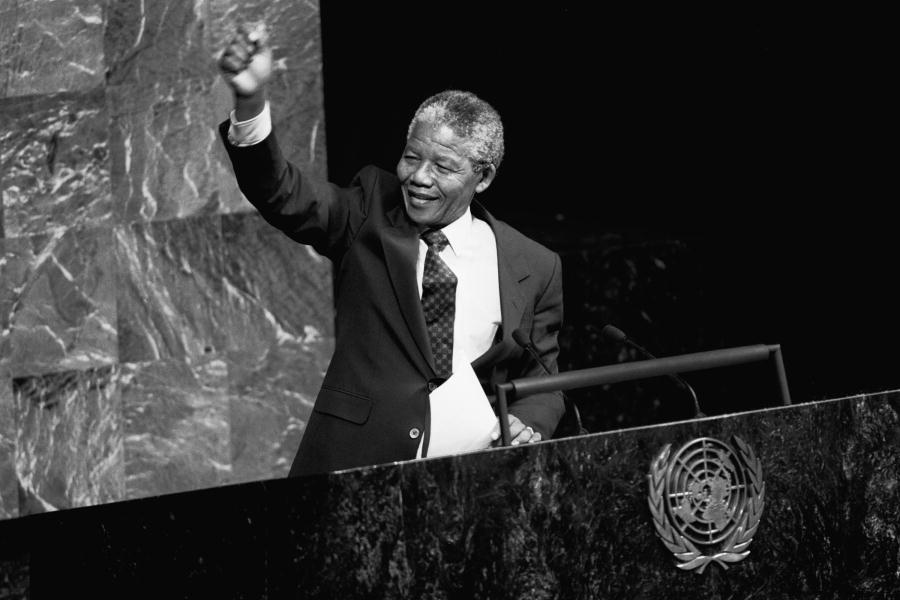 Nationalism is an intricate political ideology that combines ideas of sovereignty, self-determination and boundedness. Nationalism should not be thought of as a static term, that can describe equally different phenomena across time and context. It has served different political and social purposes, and cannot be normatively condoned or condemned without a further look at the particular shape it has taken at different moments in history. Hitler’s German Nationalism, Trumpian White Nationalism and the South African Black Nationalist thought share structural similarities. However, because the content of the message is so different, any analogy would be inappropriate or misguided. From a theoretical perspective, it is essential to be clear-minded about the conceptual foundations of nationalism to make a fair evaluation of it without confounding together the different components a complicated idea.

This article will explore nationalism as a emancipatory ideology, in the context of decolonization and civil rights movement in the 1960s. First, I will unpack the definition of nationalism, to pay particular attention to the self-determination and sovereignty vectors of this ideology. Second, I will explain the sense this has taken during different movements of decolonization. Finally, I will conclude by explaining briefly why some common critiques fail to make an analytically rigorous representation of nationalism.

One of the central tenets of nationalism is a desire for self-determination. The Stanford Encyclopedia of Philosophy defines nationalism as a reference to two phenomena: the attitude of members of nation who care about their national identity and the attitude of a nation seeking self-determination. Nationalism is fundamentally linked to striving for land, as well as social and cultural sovereignty. Bahar Baser writes that nationalist conflict is rooted in a desire to reverse the hegemony in one’s homeland.[1] In that sense, nationalism should not be understood as a right inherently linked to a “nation-state,” but rather to the right of a nation.

As Heidi Kiiwetinepinesiik notes, although they are sometimes conflated, nation and state are distinct ideas.[2] In fact, a conceptual separation of the state and of the nation is necessary to do justice to the idea of sovereignty. [3] The distinction demonstrates that the Western construct of a “state” does not have monopoly over self-determination. Sovereign peoples living on territories without political organization through an official state also have the right to self-determination. In their declaration on Decolonization in 1960, the United Nations took the position that “based on respect for the principles of equal rights and self-determination of all peoples, and of universal respect for, and observance of, human rights and fundamental freedoms for all without distinction as to race, sex, language or religion,” decolonization was a moral imperative.

Nationalism as “Hostility to Foreign Rule”

Nationalism grew during the anti-colonial movement in Africa in the 1960s. It was a rejection of the subjection to alien, European domination. Indeed, the new African nationalisms of that era are best understood as hostility to foreign rule. Zimbabwean scholar Ndabaningi Sithole writes that white supremacist ideology guided the European colonial enterprise in Africa. African nationalism “is, paradoxically, the child of white supremacy, the product of an exclusive policy.”[4] The desires of peoples to have their basic rights respected, to not be enslaved and ruled over in their historically inhabited territory, fueled this ideology. Before anything else, African nationalism was anti-colonialism.

Decolonization took different forms, from violent civil war to peaceful transfers of power. Whether or not there is a direct correlation between “nationalism” and violence in decolonial processes is historically ambiguous, given the difficulty to measure it. However, scholars have remarked that in places where colonial rule were particularly pervasive, nationalism tended to be heightened. The transition to independence in Mozambique and Algeria, characterized as wars of national liberation, were violent and permeated by enduring colonial practices and fervent nationalism. Local nationalist movements led the way in the struggle for independence in Indonesia, Vietnam, and Egypt. After a persisting rule of the white minority in South Africa, the African National Congress led the way to full national independence. This reflects the idea of nationalism as hostility to foreign rule.

The black nationalist movement in the United States, as espoused by Malcolm X and Stokely Carmichael, advocated for the self-organization and liberation of African Americans instead of fighting for recognition by White society. Today, the Palestinian Nationalist movement seeks to establish the independence of the Palestine, and assert self rule and territorial sovereignty against ongoing Israeli colonization. Those movements based on emancipatory principles are very different from modern far-right nationalism ideals in the West, which seek to further marginalize disadvantaged minorities. The desire to re-assert an identity that has historically been degraded for centuries by an aggressive imperial rule is fundamentally different from the white nationalist pride that asserts its racial superiority.

Finally, liberationary nationalism has its critics, given its exclusive tendencies. An accusation might be made that it is ultimately toxic or essentialist, but as a tool of emancipation, it is not for members of the dominant European-descent group to critique or condone. Members of the dominant group should concentrate on the actions they themselves can take to not entrave or hinder the emancipatory processes in which they do not belong.

The manifestation of nationalism today is often linked to anti-immigrant sentiment or the belief in one’s cultural superiority, which must be shielded from external influences. As such, nationalism is harmful, because it is closely tied to racism and xenophobia. However, one of the pillars of this sort of nationalism is racist ideology, which is not inherent to nationalism. The historical context above  serves to show that nationalism can be tied to anti-oppressive principles and be normatively approved of from a social justice perspective.

Nationalism is criticized by a wide range of ideologies. Marxists accuse nationalism of being a divisive ideology that serves to divide workers and undermine worker unity. Anarchists see nationalism as a tool to ensure subordination to the state and maintaining blind patriotism to oppressive institutions. Liberals critique nationalism as inherently exclusive and contradictory to the principles of equality. Marxism, anarchism, and liberalism are very broad political ideologies, so not all theorists adopt the positions described above. Nonetheless, these criticisms are common, and put nationalism under a dark light. However, nationalism does not inherently serve exclusionary, divisive or racist principles. To make an adequate critique of nationalism, we must untangle it from the other philosophical positions it may be tied with. The ideas of white racial superiority or essentialist ethnic exclusiveness are condemnable. An ideology that functions to support coercive institutions that protect the status quo is at the very least questionable. However, the right to self-determination and territorial sovereignty of peoples is morally worthwhile. To make a strong criticism of nationalism, one must differentiate these concepts from each other.

The historical development of nationalism has been expressed in different ways. The French Revolution entrenched ideas of a state governed by a unified polity, where its legislations would originate from a majority of citizens. The concept of a nation necessarily expanded and transformed into competitions between states. Western nation-states sought expansion and prosperity, guided by a belief of cultural superiority. The desire for national power degenerated into conflicts that would define the twentieth century. National alliances propelled the world into the Great War, the rise of Nazism instigated World War II, and the Cold War was characterized by national distinctions guided by ideology. Nationalism was adopted to be an ideological hope for colonies seeking their independence from oppressive regimes. Despite its propensity to inspire conflict, nationalism as an ideology has not lost its value as a principle for unity. As globalization increases interdependence between countries, nationalism will shift again, either as a counter or complementary force.

[2] Kiiwetinepinesiik, H. (2012). Marked by Fire: Anishinaabe Articulations of Nationhood in Treaty Making with the United States and Canada. The American Indian Quarterly, 36(2), pp.119-149.