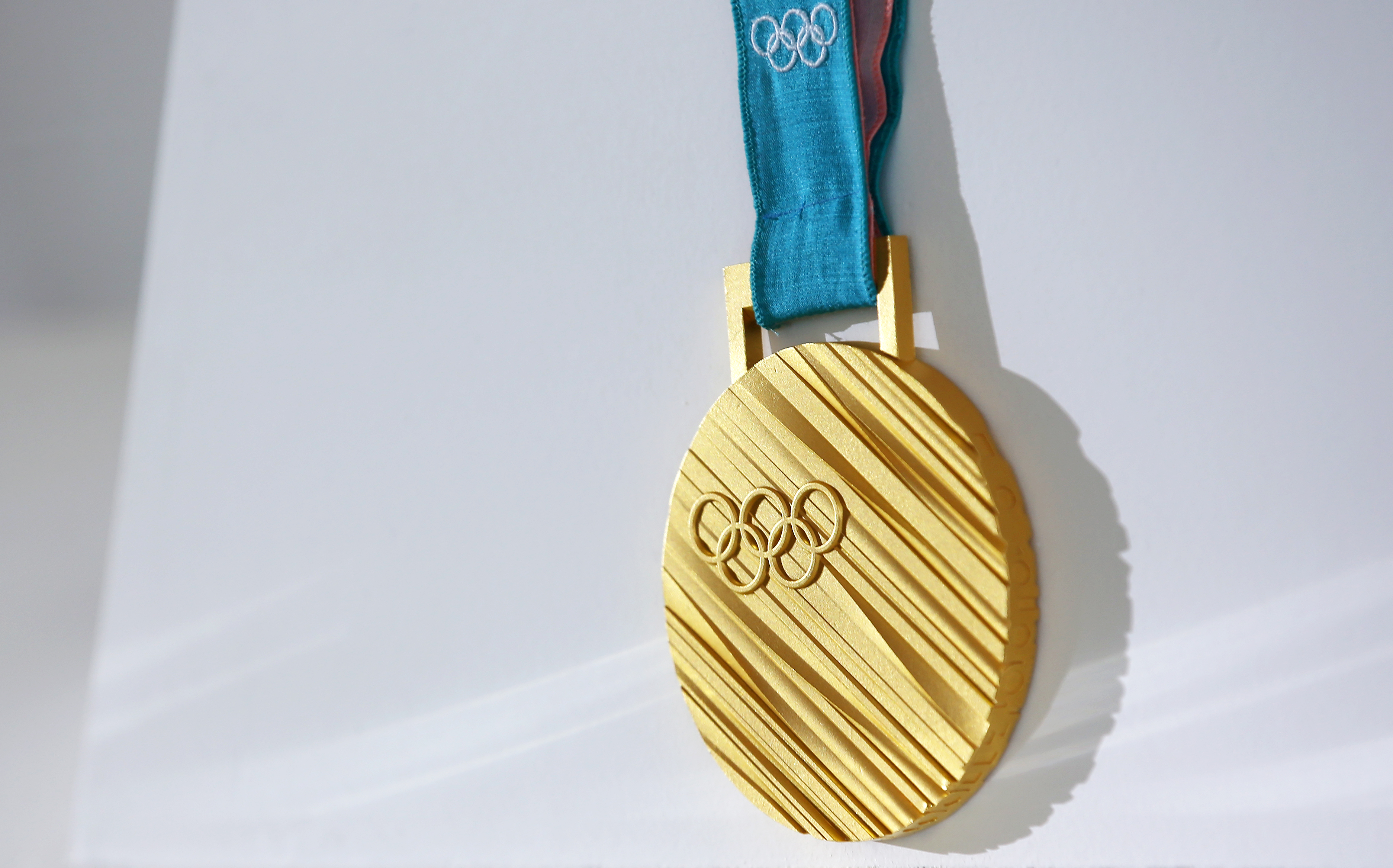 After months of speculation in the international community, North Korean leader Kim Jong Un announced in his New Year’s speech his desire to see North Korea compete at the 2018 Winter Olympics in Pyeongchang, South Korea. The announcement came as a surprise. While North Korea has participated in most Olympic Games since 1964, it had boycotted the last Olympics held in South Korea (the 1988 Games in Seoul) and Kim Jong Un had never expressed interest in increased diplomatic relations with his southern neighbor. In addition, North Korea had spent the better part of 2017 playing a nuclear game of chicken with the United States, which had further isolated the country and led to more sanctions by the international community.

After Kim Jong Un’s initial announcement, talks began between both Koreas to send a North Korean delegation to the games. Both sides quickly reached an agreement during a series of meetings in late January. It was later decided that both countries would unite their women’s ice hockey teams, and would walk together during the opening ceremonies under a unified Korea flag. The North Korean attitude towards the Pyeongchang Games is a stark contrast to its attitude before the Seoul Games. After talks of co-hosting the 1988 Games fell apart, North Korea tried to disrupt the games by having agents place a bomb on a Korean Air Flight, which left 115 dead.

In the end, some 400 North Koreans travelled south for the Olympics. This number included not only 22 athletes (including female hockey players from the unified Korean team), but also “a team of cheerleaders, 30 taekwondo practitioners and a 140-member orchestra, the nationalist Samjiyon Band, dishing out patriotic songs.” The delegation was lead by Kim Yong-nam, Kim Jong Un’s sister. She is the first member of the Kim family to travel to South Korea.

While North Korea did not win a medal during the games, their presence alone has won them the Olympics. The country masterfully used the free publicity of the world’s biggest sporting event to positively reshape their image and present themselves as a peaceful and cooperating nation, in contrast to Trump’s America.

A key player of North Korea’s Olympic success was Kim Yong-nam. In addition to being Kim Jong Un’s sister, she is also the regime’s Minister of Propaganda and Agitation, and she has clearly mastered the art of her department. Propaganda is used widely in North Korea to spread “militaristic and anti-American messages,” and to encourage “hard work and solidarity.” At the Olympics, she presented herself, and her country by extension, as a calm and peaceful force. She attended a meeting with South Korean president Moon Jae-in, where she extended an invitation on behalf of her brother for Moon to visit Pyongyang. She was also seen cheering on the Korean delegation both at the opening ceremony and at a women’s ice hockey game, always looking poised and elegant.

“The country masterfully used the free publicity of the world’s biggest sporting event to positively reshape their image and present themselves as a peaceful and cooperating nation, in contrast to Trump’s America.”

The international media fell for Kim Yong-nam’s charm offensive. CNN wrote a piece titled Kim Jong Un’s sister is stealing the show at the Winter Olympics where she was called “North Korea’s Ivanka Trump,” while the New York Times ran an article titled “Kim Jong-Un’s Sister Turns on the Charm, Taking Pence’s Spotlight.” The last headline refers to the contrast between Yong-nam’s and Pence’s attitude during the games’ opening ceremonies. While the North Korean envoy cheered alongside South Koreans, American Vice President Mike Pence did not look at her once, and did not stand when the Korean delegation entered the stadium. Pence later defended his actions by saying he voluntarily avoided contact with Kim Yong-nam because she is “not merely the sister of the dictator but is the leader of the propaganda effort.” However, despite Pence’s best intentions, he ended up helping North Korea’s propaganda efforts. His refusal to stand when the host country’s athletes entered the stadium was seen as disrespectful and even hypocritical, given Pence’s stance on NFL players who use sporting events to make political statements. Kim Yong-nam, on the other hand, was seen smiling throughout the ceremony and exchanged a historic handshake with South Korean president Moon Jae-in. She positioned herself as the diplomat, contrasted with Pence’s isolationist attitude.

The international community has also fallen in love with the North Korean cheerleaders, the so-called “Army of Beauties.” The group of 230 women has been attending events where North Korea athletes compete, and have cheered them on by singing happy songs. They even cheered on the Korean men’s ice hockey team, despite the lack of a North Korean player on the team. NBC Olympics’ Twitter account shared (and later deleted) a picture of the group with the caption “this is so satisfying to watch,” while videos of the women have been widely shared on social media, usually with positive comments. The piece “North Korea’s cheerleaders amaze and appal at Winter Olympics” published in The Guardian illustrates the impact of the cheerleaders on the public: “When the women in matching red coats entered the Kwandong Hockey Centre in the South Korean city of Gangneung on Monday, the crowd erupted in a deafening scream.”

However, while the women seem to be having the time of their lives at the Olympics, it is probably not their reality. According to Suki Kim, a writer who spent months undercover in North Korea, the cheerleaders are “college students who’ve been rounded up by the government to be sent overseas to look pretty.” They were chosen because of their age, their height and looks, and their family’s loyalty to the party, and were ordered by the regime to attend the Olympics. And according to Kim, they won’t be able to talk about their experience when they return home. Their tragic reality has mostly been ignored by the media and spectators, who seem rather fascinated by them. This is precisely the narrative North Korea was hoping for.

By agreeing to attend the Pyeongchang Games, North Korea was given the opportunity to reshape its international image, after a year marked by rising nuclear tensions with the United States. It masterfully achieved the task by sending Kim Yong-nam as its representative, who appeared as a conciliatory and poised figure, and a group of cheerleaders, who charmed the international community. Even better, it was able to do so for free, as South Korea and the International Olympic Committee have announced they will pay for the North’s delegation.

South Korea and the United States have historically been close allies, especially on the question of North Korea. However, since both countries took different approaches when dealing with North Korea at the Olympics, many South Korean lawmakers feared that there was a divergence between them. However, South Korean President Moon Jae-in has assured that the South-Korean-American relationship is “rock solid”, and Foreign Minister Kang Kyung-hwa has confirmed that South Korea “is in close negotiations” with the United States regarding North Korea. Therefore, despite the mixed signals sent during the Olympics, it seems like North Korea’s charm offensive did not fundamentally alter the close South-Korean-American relationship.

It is hard to predict whether or not North Korea’s more positive international image will last after the end of the Olympics. Even if it doesn’t, the last two weeks should serve as a warning to the rest of the world: North Korea has mastered the art of propaganda. It ingeniously used it in the last few weeks, and will not be afraid to do it again.

It is important to remember that despite what North Korea has projected during the Olympics, it remains the world’s least free regime, where citizens are regularly sent to labour camps and publicly executed. No dancing cheerleaders should be able to erase that from collective memory.