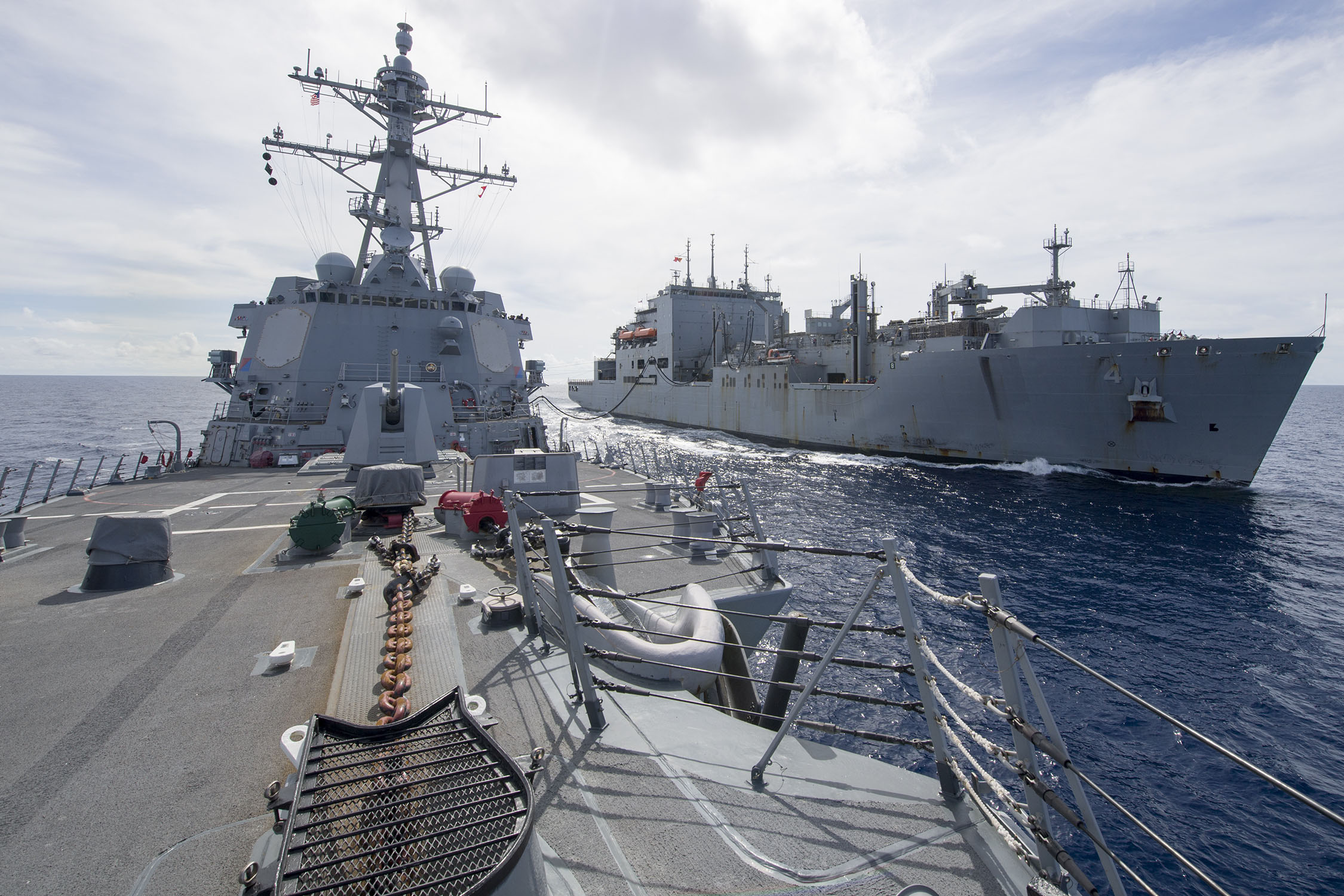 The South China Sea has long been considered a global flashpoint, heavily exacerbated by Beijing’s assertion that much of the waters is rightfully Chinese territory. Its justification to the claim originates with the “nine-dash-line,” a vague demarcation line introduced by the People’s Republic of China in 1949. The nine-dash-line defined the territorial extent of China’s claim to the South China Sea, which comes into direct conflict with the claims of several of its maritime neighbours. China, Taiwan, Malaysia, Indonesia, Brunei, Vietnam, and the Philippines are all involved in disputed claims in the South China Sea.

Much of what drives China’s ambition to assert dominance in the South China Sea is the passage of trade. In 2016, $3.37 trillion of global trade passed through the South China Sea, and 80% of Chinese oil imports passed through the its main gateway, the Malacca Strait. This vital maritime choke point is located between the Indonesian island of Sumatra and Malaysia, and is an essential economic artery for Beijing. The waterway is one of the most important shipping lanes in the world, and in addition to China, is equally important for Taiwan, Japan and South Korea.

Until 2014, Beijing did not have a significant presence in the Spratly Islands, located far within the South China Sea. Control over its islands and reefs is divided between Vietnam, the Philippines, Taiwan, and Malaysia. China on the other hand, only controlled five islands naturally above water at high tide. Instead of conquering the remaining islands, Beijing pursued an alternative strategy – building their own.

To consolidate control and create the physical reality of Chinese presence in the disputed sea, the PRC initiated a program of land reclamation in 2014. This involved creating artificial islands via land reclamation, and subsequently building civil and military infrastructure. China’s construction projects in the South China Sea amounted to 290,000 square meters in 2017. Infrastructure projects included administrative buildings, radars, underground storage, and military structures. Beijing’s strategy is to create leverage in future negotiations regarding the maritime borders by building both military and civil infrastructure. By creating a physical Chinese presence on the ground, it would improve the country’s standing in any future negotiations, and strengthen justifications for the entry of subsequent military infrastructure. Ultimately, Beijing has created an undeniable presence on the ground by building military infrastructure on the Spratly Islands, Mischief Reef and Johnson Reef.

Yet the Malacca Strait reveals China’s maritime vulnerability. All the bodies of water surrounding China are geographically enclosed, a weakness US war planners are keen to capitalize on. A 2015 Department of Defense report to Congress outlined key choke points, including the Malacca Strait, which the US Navy could blockade to impose a maritime embargo on China in the event of war. This has dark implications for the integrity of Chinese trade if tensions with the US and its allies were to devolve into war. China’s export-oriented economy would be crippled in a successful embargo, a threat Beijing is heavily aware of. This may be one factor that drives China to exert its presence closer to the strait, but another critical element that drives Beijing’s foreign policy is the untapped wealth of oil and gas borrowed deep within the seabed.

Such circumstances have prompted many to dub the South China Sea as the Second Persian Gulf. Currently, the Spratly Islands are claimed in full by China, Taiwan and Vietnam, and partly by Malaysia, the Philippines, and Brunei. Much of these disputed areas are populated by hundreds of troops, concrete military structures, coastal guns, and barracks. The vagueness surrounding how much wealth lies within the seabed is generating a scramble for territory among these maritime states.

By consolidating control and reinforcing its military presence in the South China Sea, Beijing is proving itself to be an unrelenting force determined to assert its power in a key economic zone and a resource rich region. Imports and exports from East Asia, the Persian Gulf, and South Asia passing through the South China Sea could all be potentially regulated by a strong Chinese presence, seriously harming international trade as Beijing continues to assert its sovereignty over the area. The US has expressed concern that rolling back China’s hold on the area could only be achieved through war, an assertion Japan, South Korea, and Taiwan are anxious to believe.

Featured image by the Official US Navy Page, via Flickr Creative Commons.