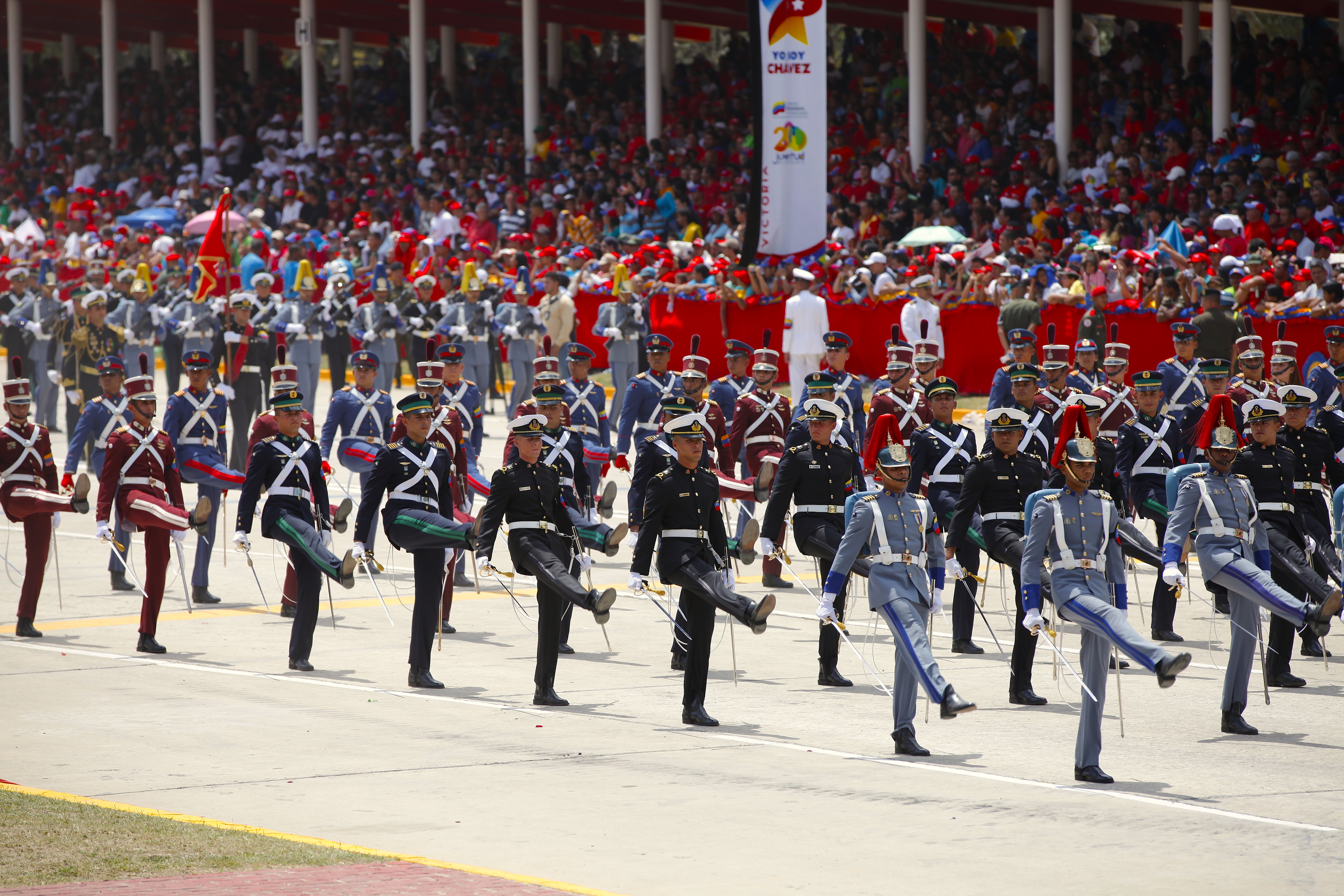 The announcement follows the United States, along with over 20 other countries, recognizing opposition leader Juan Guaidó as Venezuela’s legitimate interim president. Guaidó, who declared himself interim president to crowds of supporters on the streets of Caracas on January 23, welcomed the sanctions claiming they will ensure the Maduro regime “does not continue robbing the people of Venezuela.”

Since the death of its former president Hugo Chávez in 2013, Venezuela has been marred by instability, hyperinflation, and economic destitution. The Maduro regime has been responsible for an economic crisis that has led to a scarcity of the most basic products, including medicines and food. Waves of anti-government protests and violent crackdowns are crippling the state.

However, pressure for Maduro’s resignation may be faltering. Maduro is falling back on a powerful autocratic regime structure left behind by Chávez. Chávez cultivated an army of colectivos (clandestine paramilitaries that guard the regime from its enemies) and loyal military officers. Maduro perpetuates this system and has given military officials powerful positions in government.

However, power and money are not what cements the military hierarchy’s support for Maduro. It is the fear of retribution. Venezuelan security forces have been accused by the United Nations of human rights abuses against their own people. A new opposition government taking power could mean hundreds of officers being put on trial for crimes against the Venezuelan people. Without a guarantee of amnesty, the military will ensure the survival of the Maduro regime in order to protect itself. Even the promise of amnesty itself may not be enough to persuade elements of the military due to the risk that it can be rescinded under a new opposition government.

Whether the regime has the full backing of the military is not certain, but Maduro is keen to depict their loyalty. He asked soldiers on state TV if they were plotting with the “imperialist” United States, to which they shouted, “No, my commander-in-chief.” Maduro went on to declare, “We’re ready to defend our homeland – under any circumstance.”

Several countries including Russia, Turkey, and China have expressed support for the Maduro regime further complicating the international response towards the growing crisis. Russia has even been accused of sending mercenaries to Venezuela in order to support the Maduro regime, an allegation the Kremlin has denied.

Maduro’s regime is attempting to draw strong backing from the military, reminding soldiers of the history of US interventionism in Latin America. On January 28, Venezuelan defence minister Vladimir Padrino López encouraged soldiers to stand up to US imperialism, alluding to the US role role in exploiting Latin American economies with the United Fruit Company, engineering right-wing coups, as well as the arming, training, and funding of several right-wing regimes and paramilitaries that were responsible for the deaths of hundreds of thousands of Latin Americans.

The Maduro regime is facing an unprecedented challenge. The most dangerous outcome lies in the military fracturing and becoming divided on whether or not to support Maduro. If mid-level and lower ranking officers, who are not part of Maduro’s corruption network, are persuaded by promises of amnesty and defect to the opposition, a civil conflict is not unthinkable. Guaidó supporters distributed leaflets describing a possible amnesty law that would protect them if they overthrew Maduro. Yet it is unlikely the Maduro regime will capitulate, for at this stage the regime and the military hierarchy are fighting for their very survival.