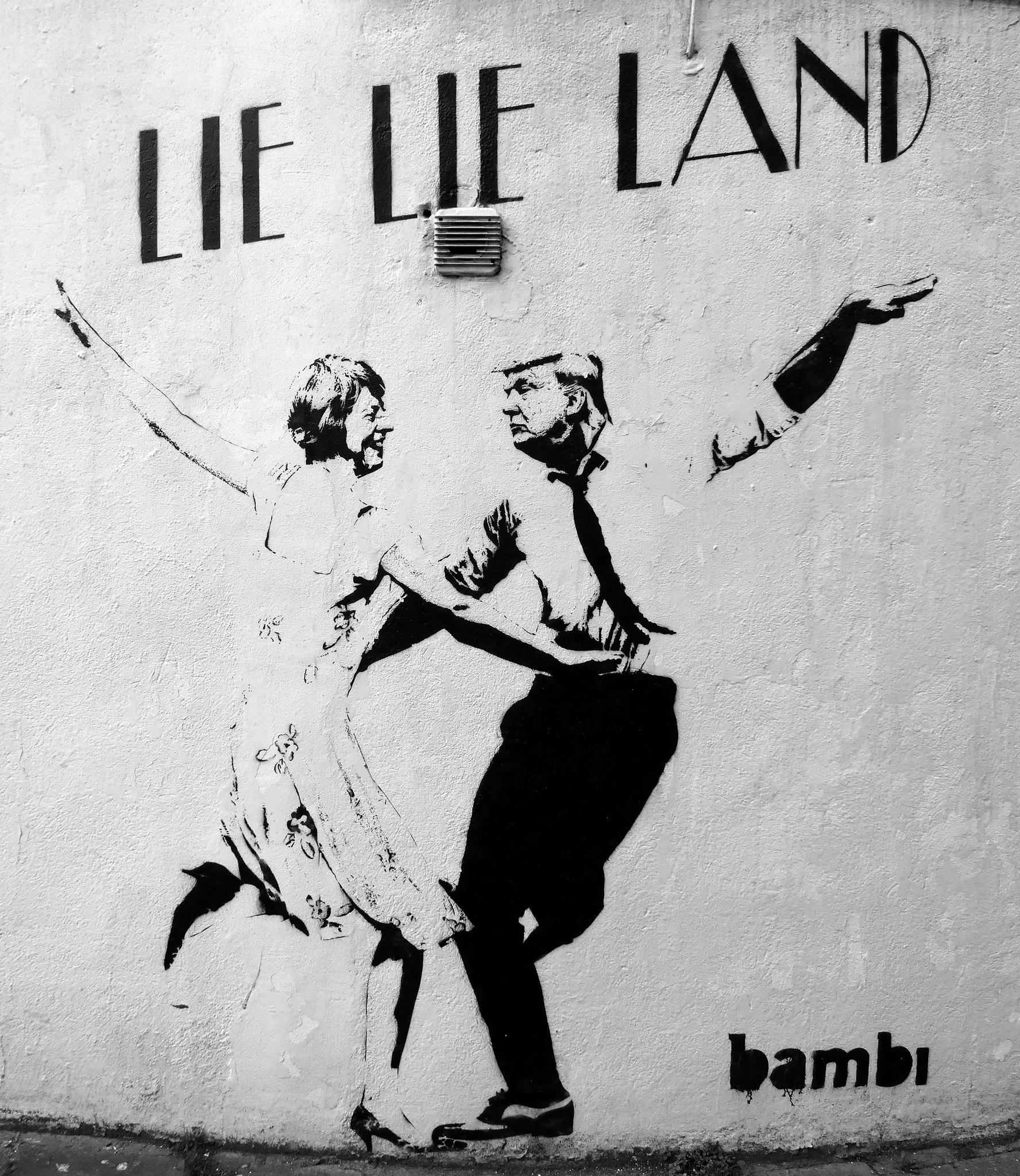 Max Weber’s theory of power was foundational in the study of power in political sociology. Indeed, he was amongst the first to introduce a social dimension to power. He defined power as not only one’s capacity to achieve something but the capacity to get others to do something, despite them not wanting to do it. In the Weberian view, power is a capacity. It is like a commodity, in the sense that can be quantified: individuals can have more or less of it. Moreover, power is exercised by some over others. [1] This power-as-commodity framework allows theorists to discuss important conceptual questions, such as the transferring of powers from people to representatives, or the limits of a legitimate exercise of political power.

A few decades later, Michel Foucault proposed a radically different view of power. For Foucault, there is no such thing as power in itself, as existing in the abstract. He thought that power “only exists in action” and that it is fully integrated into social structures. [2] Furthermore, there is no possibility for individuals to own power and exercise it, or inversely, to consent to have power exercised over them. All individuals are the “vehicles” of power, rather than the “point of application” for power. [3] Foucault thought all of social reality was imbued with power relations, including interpersonal relationships, but also institutions, norms, values and knowledge discourses. Part of Foucault’s view on power is embodied by the following passage:

“There are manifold relations of power which permeate, characterise and constitute the social body, and these relations of power cannot themselves be established, consolidated nor implemented without the production, accumulation, circulation and functioning of a discourse. There can be no possible exercise of power without a certain economy of discourses of truth which operates through and on the basis of this association. We are subjected to the production of truth through power and we cannot exercise power except through the production of truth.” [4]

While this quote may appear rather abstract, the insight is relatively intuitive: for something to be powerful, people must believe it to be true.  All exercise of power is suspended in thick webs of knowledge and in rules for the production of truth. In other words, power is contingent on truth.

To help us understand what Foucault means by the importance of truth in the deployment of power, we can contrast this with the Weberian framework. For Weber, the following is an instance of power: I put a gun to your head in order for you to hand me your money, which you would rather not do. Foucault would perhaps agree that this is some form of power, but he would also see power as something much more broad and fundamental. Indeed, in the Foucauldian sense, power is an inherent fact of social life. It shapes all of our representations of the world, thereby providing grounds for the formation of desires and actions. People internalize certain forms of knowledge, attitudes, and dispositions. Individuals internalize power claims without realizing, and act upon them. In that sense, power shapes the subject’s view of the world. For power to be exercised in that way, it necessarily exists alongside truth. After all, I cannot accept certain views of the world and consequently act upon them, if I do not believe them to be true.

Bringing this conversation back to the contemporary realm, the issue I want to raise is the following: Foucault argued that power is supported by and dependent on the webs of truth and knowledge. Donald Trump, in assuming his role as President of the United States, is arguably one of the most powerful men in the world. Additionally, according to the Washington Post, Trump has made 8,158 false or misleading claims in his first two years as president. Does the Trump presidency signal that we have moved into a post-truth era of power in politics and that Foucault’s insight does not apply anymore?

The answer to this question is no.

Two clarifications can help us elucidate the question. First, it is important to distinguish between the power of the individual who occupies the office, and the power of the office itself. Indeed, Trump does not hold the formal political power he does today in virtue of being himself, but rather by virtue of being the president. Were he not the president, Trump would be far less powerful. As such, the conceptually accurate question to ask is not whether Trump’s power is contingent on discourses of truth, but rather whether the power of the president is contingent on the discourses of truth. The answer to this question, of course, is yes. The political institutions of the United States, as established after the American Revolution, were modeled after theories of constitutional government, democratic sovereignty and federal compromise. These ideas themselves were underpinned by deontological principles such as the natural equality of man and the inherent right to self-determination, all of which are taken to be true.

We can think of different ways in which these principles are accepted as “true.” The natural equality of man could be considered true according to a religious doctrine, which claims that God created all men equal. It could also be true according to biological principles that say that all men are constituted of the same chemical and physical elements. In another sense, natural equality could be considered morally true, as required by a moral philosophy that emphasizes equal opportunity. The American political institutional arrangement, which is what ultimately gives Trump power, is sustained because the people take its foundational principles, such as the inherent equality of men, to be true. Power, therefore, is still contingent on truth.

Second, Foucault would probably reject a narrow notion of both “Trump as powerful” or of the “president as powerful.” According to Foucault, power runs much deeper than an individual or the Office of the president. Accordingly, an analysis of truth and power can certainly not be limited to whether the president lies or not. Foucault would see power as running through all political-legal institutions, including not only Congress, the Senate, and the Supreme Court, but also less formal institutions and stakeholders, such as local organizing groups and activist lobbies. In that sense, Trump’s dishonesty becomes much less important in the analysis of truth and power: he is merely one node of the massive networks of power relations that constitute the social world. We must look at a much wider set of social interactions in order to determine where truth plays a role in legitimizing power. What gives groups the right to organize pro-Trump events or donors the right to financially support the Republican party, are notions embedded in discourses of truth. These notions include, amongst others, the right to free speech and the right of association. Liberty is protected because people believe freedom to be an inherent fact of the human experience that is conducive to flourishing and well-being. This illustrates how the President’s power can be said to ultimately depend on discourses of truth. Power is thus not exclusively, as it can be erroneously believed, contingent on the office of the presidency. It runs on much more complex processes of legitimization.

In conclusion, I think it is fair to say that creating confusion through the spread of falsehoods, as Trump does, has the political advantage of creating a vulnerable and thus easily manipulated voter base. The spreading of falsities also creates an atmosphere of anxiety and confusion, where Trump can present himself as a strongman who will bring back order. Due to these various factors, it appears that, indeed, it is falsehood, rather than truth, that bolsters Trump’s power.

That said, I think such a simple narrative can be misleading for the two reasons I proposed above. First, Trump is not a dictator. Instead, he is operating within the institutional framework of American democracy. Accordingly, his power is derived from these institutions, whose legitimacy is still very much underpinned by discourses of truth that date back to the Founding Fathers. Second, as Foucault tells us, an analysis of power should not be limited to an individual, an office, or an institution. It should be seen as permeating all social relations. In other words, in assessing the basis of the power of the President, we should not limit ourselves to extent of Trump’s candor. We must also focus on the processes and institutions by which Trump has gained and continues to maintain his legitimacy. In doing so, we will see that power remains contingent on institutions and processes that rely on beliefs of truth. Consequently, Foucault’s argument about the dependence of power on truth remains relevant – even in a world in which the President of the United States appears to sever this link by bolstering his immediate power through lies.