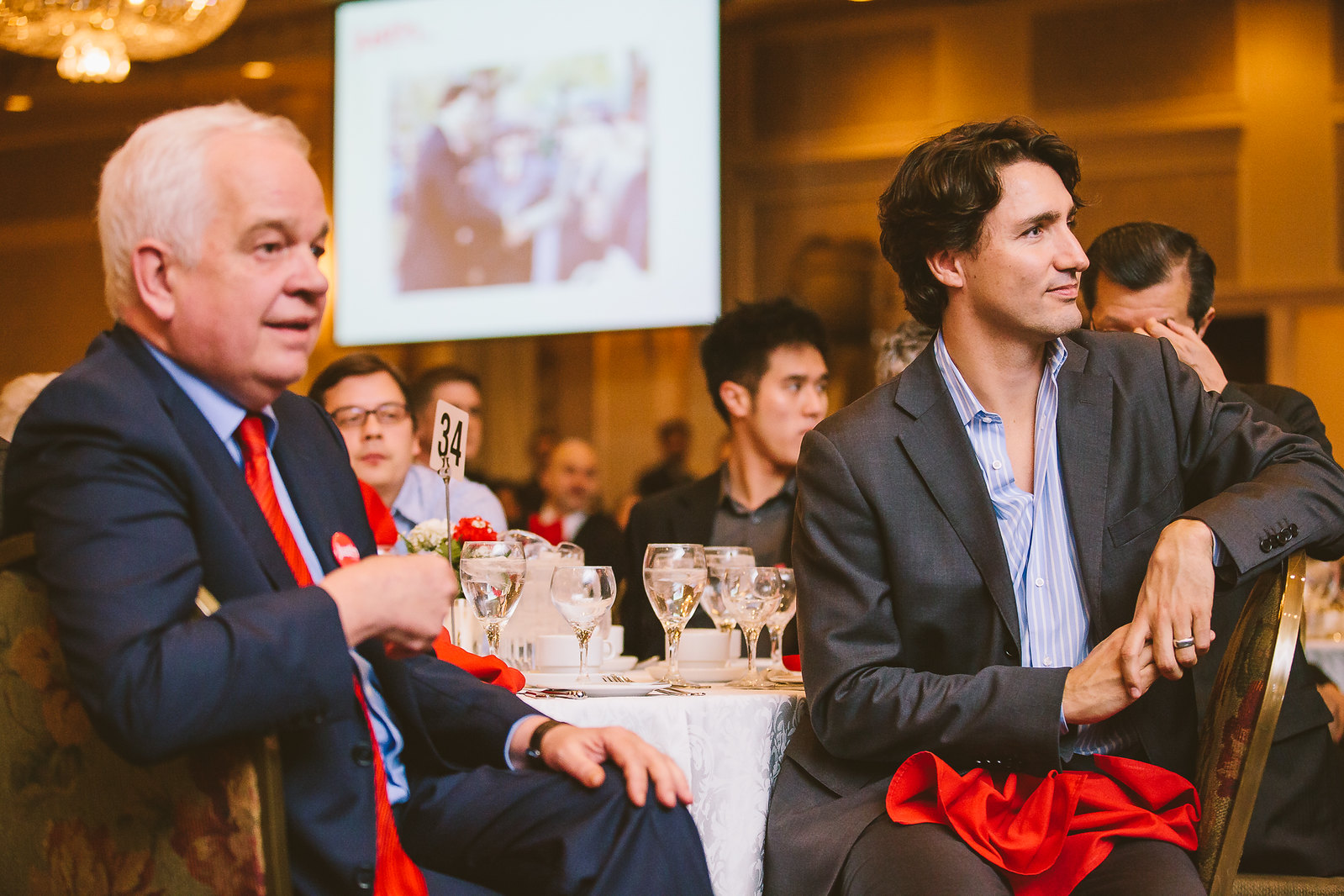 On March 27th, as Justin Trudeau articulated the “Liberal approach to growing the Canadian economy by making sure everyone has a real and fair chance to succeed,” protesters from the ‘Free Grassy’ movement interrupted the pay-for-access fundraiser to express grievances over mercury contamination in the First Nation communities of Grassy Narrows and Wabaseemoong.

Trudeau responded to the protesters by iterating “Thank you for your donation.” In a video posted by the group, cheers and applause can be heard from the audience consisting of corporate executives and special donors as Trudeau dismissed the protestors. A Twitter post, ‘Free Grassy’ captioned the video stating: “Justin Trudeau is failing to help Grassy Narrows, a key test of his commitment to meaningful relationships with First Nations and to a healthy environment.” After facing criticism, Trudeau apologized the next day, stating: “Last night I lacked respect towards them” and offered to have the full cost of entrance to the event refunded as his idea of rectifying the issue.

The issue stems from Weyerhaeuser Co. and Resolute Forest Products, both responsible for a paper mill site in Dryden, Ontario dumping mercury into the local river system beginning in the 1960s. The Grassy Narrows movement also cites a promise to fund a Mercury Survivors Home and Treatment Center made in November 2017 by Jane Philpott, the former minister of Indigenous service. To this end, the group claims only 6% of the affected community members have actually received compensation for the health impacts of the ongoing mercury contamination. In a Twitter post, they stated specifically: “Instead of getting the support they need, they face chronic denial as they live with deep poverty and severe food insecurity.”

Not only does this scandal reflect the environmental mismanagement that disproportionately affects Indigenous communities, but it also raises important questions about the uneven levels of access to political representation across Canada. There is something unsettling about the unique access available to participants in pay-for-access fundraisers like this while First Nations communities are politically marginalized. Under Trudeau’s leadership, the withdrawal from values of transparency and equal access across socioeconomic status has deteriorated, best exemplified in the party’s historically low polling in the midsts of the SNC-Lavalin scandal.

In fact, in 2016, the Liberal party was probed by Federal lobbying commissioner Karen Shepherd for these “pay-for-access” fundraisers. The probe was centered around claims that senior cabinet ministers were being offered as ‘prized guests’ for donors paying as much as $1 500 per ticket to attend the exclusive fundraising events. Shepherd suggested the events could constitute a breach of the Lobbying Act if the public office holder is being placed in a conflict of interest. Additionally, cabinet ministers could be in breach of the act if they fail to register that they were lobbied at these events.

The commissioner also commented on a specific aspect of the probe involving Apotex, a pharmaceutical company involved in high-level lobbying in Ottawa. Berry Sherman, one of the largest shareholders in the company, has attended these fundraising events, which is especially problematic at a time when the company is suing the federal government for banning the company’s drug imports from India.

The Liberals defend these fundraisers, ticketed at $1,500, and insist the event is “available to anybody who wanted to purchase a ticket.” In reality, Elections Canada records provided after the 2015 election indicate only 0.85% of the 93,429 Liberal donors donated $1,500, the donation limit for that year. Critics on both sides of the political aisle cite the same issues with these exclusive fundraisers. Conservative MP Blaine Calkins pointed out to The Globe that these events allow a “very small, elite” group of donors able to pay the high ticket to have special access to cabinet ministers. Similarly, NDP MP Alexandre Boulerice stated: “it looks like for the Liberals if the price is right, you can have access to a minister.” This statement is supported a ticketed fundraiser held on, on October 13th, 2016 in which about 15 corporate executives in Halifax were given private access to Finance Minister Bill Morneau as the guest prize.

Ultimately, it would do federal political parties good, especially in light of polling in the midst of the SNC-Lavalin scandal and increasing concern amongst Canadians about the state of the economy, to ensure political representation is truly accessible to all Canadians, regardless of socioeconomic status or race.