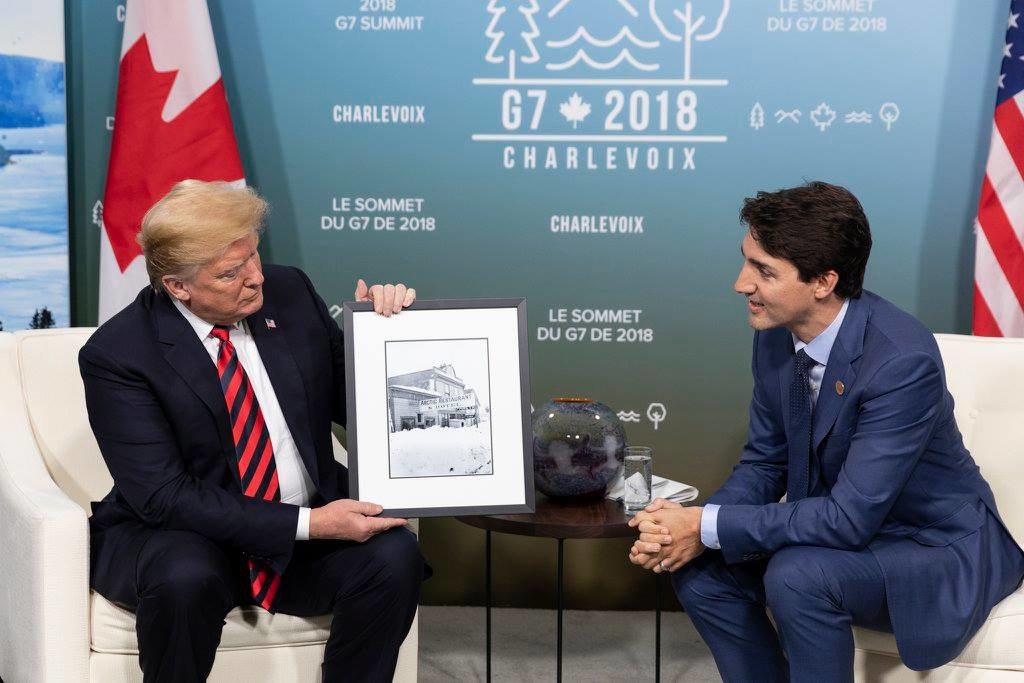 Last month, the United States agreed to lift its tariffs on steel and aluminum from Canada. These protectionist tariffs, however, should not be as concerning as disputes at the World Trade Organization (WTO) over Canadian softwood lumber on which the US placed tariffs in 2017. The US alleges Canadian companies ‘dump’ cheaper lumber into the American market to gain a disproportionate market share.

In April, a WTO panel report was circulated on case DS534 which held up the United States’ use of zeroing to calculate anti-dumping margins. In May, a NAFTA panel heard a similar case, USA-CDA-2018-1904-03 which will be resolved through a bilateral investigation conducted by the US Department of Commerce, International Trade Administration and the Canadian Border Services Agency. A second complaint, DS533, which deals with the price of wood (stumpage) has yet to be ruled on.

Zeroing and Anti-Dumping at the WTO

The accepted anti-dumping margin calculation uses the average price of the import. Using the average ensures days when the import is cheaper on the foreign market are offset by days when the import is more expensive. Canada has accused the US of zeroing – which is the practice of excluding instances when the export price is higher – in their calculation of the dumping margin. This is significant because currency and commodity prices fluctuate every day, but over time, the price differential tends to even out. By using zeroing, the US artificially inflates the dumping margin.

While dumping – subsidizing exports to undercut foreign producers – is illegal at the WTO, methods for calculating dumping margins are hotly contested. The US favours zeroing because it allows them to impose hefty duties on foreign products when they are cheaper than comparable US products and ignore times when they are more expensive. In this way, zeroing is seen by many countries as a protectionist method for computing dumping margins.

There have been eighteen cases regarding zeroing at the WTO, of which seventeen were brought against the US. Until now, the WTO has been consistent in ruling against zeroing. That stated, as seen in cases brought by China, Japan, and the European Community, the US has rarely removed their anti-dumping tariffs. The US claims that the WTO’s Appellate Body uses precedent to maintain consistency in rulings over time rather than update their stance on zeroing, which is against international law.

Despite international law having no binding precedent, research shows that states act as though this precedent exists. Moreover, states strategically file small cases that set precedents they can then cite in more commercially important cases. The panel’s ruling on zeroing could set a precedent that allows anti-dumping margins to be calculated using zeroing.

Softwood Lumber: What You Need to Know to Understand this Case

Anti-dumping margins have become prominent under the current US administration’s trade policy, US tariffs on Canadian softwood lumber have been in place since 2017. From 2006 to 2015, softwood lumber disputes between the US and Canada were covered by the  Softwood Lumber Agreement (2007). The agreement, which expired in 2015, was a light at the end of over twenty-five years of US-Canada disputes over softwood lumber pricing as it prevented them from placing tariffs on each other or bringing each other to the WTO or NAFTA dispute settlement mechanisms.

According to the US Department of Trade, Canadian softwood lumber dumping affected USD 5.66 billion of imports or 30% of the American market. In Canada, most trees cut down by lumber companies are located on public land and they pay prices set by the provincial governments, in contrast, in the US, trees are typically located on private land and prices are therefore set by market forces.

The WTO Panel for DS534 found the US countervailing measures not in violation of Article 2.4.2 of the Anti-Dumping Agreement since “export prices [differed significantly across] purchasers, regions or time periods.” The panel exercised judicial economy — foregoing ruling on all claims because the panel achieved the same outcome by ruling on fewer claims — on the other claims presented by Canada. This, combined with the fact that the panel has allowed for zeroing, may be evidence that the dispute settlement mechanism is being influenced by the US.

On July 5, Canada filed an appeal with hopes that the WTO Appellate Body will reverse the panel decision as it has in past cases. Canada has also been pursuing a similar complaint at NAFTA, where we may expect a more favourable ruling. In negotiating  NAFTA, Trudeau has claimed that Chapter 19, which outlines dispute settlement in dumping cases, is a priority in negotiations since it has allowed Canada to ensure that the US complies with rulings. Therefore, the outcome of the NAFTA investigation will likely have a greater effect on whether the US continues to use zeroing on Canadian softwood lumber than the WTO ruling.

The ruling on DS534 is concerning because of its dissonance with previous Appellate Body rulings. It is, however, also an indication that the US is becoming successful in their efforts to sway WTO rulings in their favour. Should zeroing become the anti-dumping methodology, tariffs on products from countries who have lower costs of production will increase, effectively reducing market efficiency. Over time, as the rules-based trade order degrades, countries without economic or military strength to retaliate against protectionist tariffs could face reduced export competitiveness.

While the ruling on zeroing, which may be reversed, will likely have a greater impact on international trade, the ruling on stumpage, which has not been issued, will have a greater impact on domestic natural resource management in the short run. Softwood lumber is a large part of Canada’s $22 billion forestry industry. If Canada chooses to follow the ruling, provincial governments may be expected to raise the price for cutting down trees. This could be an opportune moment to create a stump tax to help fund national parks or forest protection projects or implement stricter laws on how private companies reforest once they have cut down trees which would also increase prices.