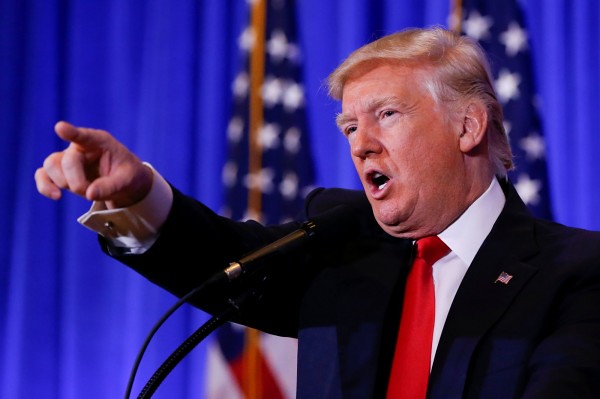 Traditionally, postmodern theory in the collective west has been the domain of the political left. From sociology to international relations, postmodernists have attempted to dismantle notions of epistemological and moral universality. Right-wing thinkers, on the other hand, have harshly criticized postmodernist thought. For example, Victor Hanson, a fellow at the conservative Hoover Institute, has accused postmodernism of “poisoning an entire society,” whilst British philosopher Roger Scruton has argued that postmodern education is corrupting “high culture.” However, in recent years, it appears that, be it intentional or not, right-leaning thinkers are increasingly applying postmodernist thought to the conservative discourse.

Of course, it should be noted that “left-wing” and “right-wing” are subjective terms, and change in meaning across states and people. This analysis will distinguish between “right”, that is more conservative, and “left”, that is more liberal, thinkers on the basis of how each actor is considered on the spectrum within their corresponding country. Clearly, not all right-wing and left-wing figures in any country agree on the same ideas, therefore mentions of “right” and “left” will only refer to trends within these political camps, not everyone who subscribes to them.

In any case, postmodernism itself is neither a “right” nor “left” ideology. It is, at its core, a rejection of epistemological and moral universalism. Postmodernists do not deny the existence of knowledge and morality, but rather consider them to be philosophical “conclusions”, rather than “truths”. For postmodernists, knowledge and morality are simply frameworks that have been invented to view and explain the world at a given time, but have been given undeserved universal status by the authorial, institutional, or disciplinary powers behind them. Thus, one of the original postmodern scholars, Michel Foucault, wrote that there is no knowledge “that does not presuppose and constitute at the same time power relations.” [1]

Accordingly, the authorial and institutional power of actors in society, such as popular figures and government agencies, can control which pieces of knowledge become broadly shared by people and which do not, granting them the ability to define social standards to better suit their interests. [2] Building on this conclusion, postmodern scholars have ascertained that science itself is also subject to relativistic interpretations. [3] From these theories, three suppositions can be established: knowledge can be manipulated for strategic purposes, institutions may use the dispersion of knowledge to pursue their interests, and identity is a key factor when analyzing the power relations in society. [4] These three postmodern tenants have in recent years been used by conservative figures and thinkers, both to discredit liberal thought and to promote certain political policies.

For instance, President Trump frequently derides the media as “fake news.” One can debate whether he came to this conclusion through Foucauldian discourse analysis, or simply adopted this perspective due to political convenience. Regardless, such claims are undoubtedly postmodern. Traditionally, the media has been viewed as external to the cycle of world events. Ideally, it should not affect ongoing circumstances, but should instead function to inform society of them. Trump however, claims that the news media deliberately uses their authorial role in society to disseminate social standards which smear him.

Other figures of the right have begun to question the validity of scientific truth. The most obvious example of this is the debate surrounding climate change. 97 per cent of climate scientists agree that trends in the rise of global temperatures are likely caused by human activity. Nonetheless, Scott Pruitt, Trump’s first administrator of the Environmental Protection Agency, penned an article in the National Review saying “scientists continue to disagree about the degree and extent of global warming and its connection to the actions of mankind.” Others like libertarian Patrick J. Michael have said that it is time for the scientific community to “come clean about long-standing climate shenanigans.” As such, the right’s questioning of the reality of observable climate science is fundamentally postmodern, with the irony being that traditional postmodern scholars have now found themselves having to defend the validity of scientific truth against these criticisms. [5]

Secondly, the postmodern criticism of institutions which disseminate knowledge for their own strategic interest has also been adopted by right-wing voices. This is most evident when criticism is directed against the institution of education and universities, due to the prevalence of “radical liberal institutions.” This is an argument which psychologist Jordan Peterson expresses, as he hopes that parents will “wise up,” and not send their children to these schools, who are, according to him, perpetuating postmodernist thought in order to propagate Marxist power struggle. Therefore, Peterson, and others who share his perspective, are in fact using a postmodern critique of institutional power to argue against the permeance of postmodernism in the education system.

The third postmodern conclusion which has been adopted by the right is the use of identity and identity politics to argue for policy outcomes. Traditional left-wing postmodern scholars have argued that an analysis of identitarian social groups is key to understanding the facets of social oppression. [6] This comes from the conclusion that, in the absence of truth, only power relations matter in determining the relative well-being of people. In recent years, right-wing figures have begun to use similar themes of identitarian power struggle to promote policy positions. In these cases, the focus is usually on the protection of majority identities, as opposed to the left-wing focus on minority identities.

For example, Marine Le Pen, leader of the French National Front party, argued against immigration during the 2017 presidential campaign, saying that “a multicultural society is a multi-conflict society.” Hungary’s Prime Minister Vicktor Orban has called for the control of migration, stating that Europe must “decide whether to defend our Christian European culture” or “yield the terrain to multiculturalism.” These examples reveal the increasing right-wing belief that identity groups living side-by-side will inevitably conflict with each other. Thus, they often use postmodern interpretations of identity to justify policies to protect the majority identitarian groups in their society, which they see as being under threat.

From Trump’s “fake news” to climate change denial, the criticism of institutions, to the rise of identity politics, it is evident that postmodern thought has been gaining ground in right-wing discourse. Although terms such as “right” and “left-wing” are subjective, it remains clear that as a historical trend, postmodern theory began as a generally left-wing criticism on moral and epistemological universalism in society, and has been turned around by new conservative thinkers to criticize left-wing assertions on moral and epistemological certainty.

[3] Foucault, Michel. The Birth of the Clinic: An Archaeology of Medical Perception. Translated by Alan Sheridan. London, UK: Tavistock Publications, 1973.