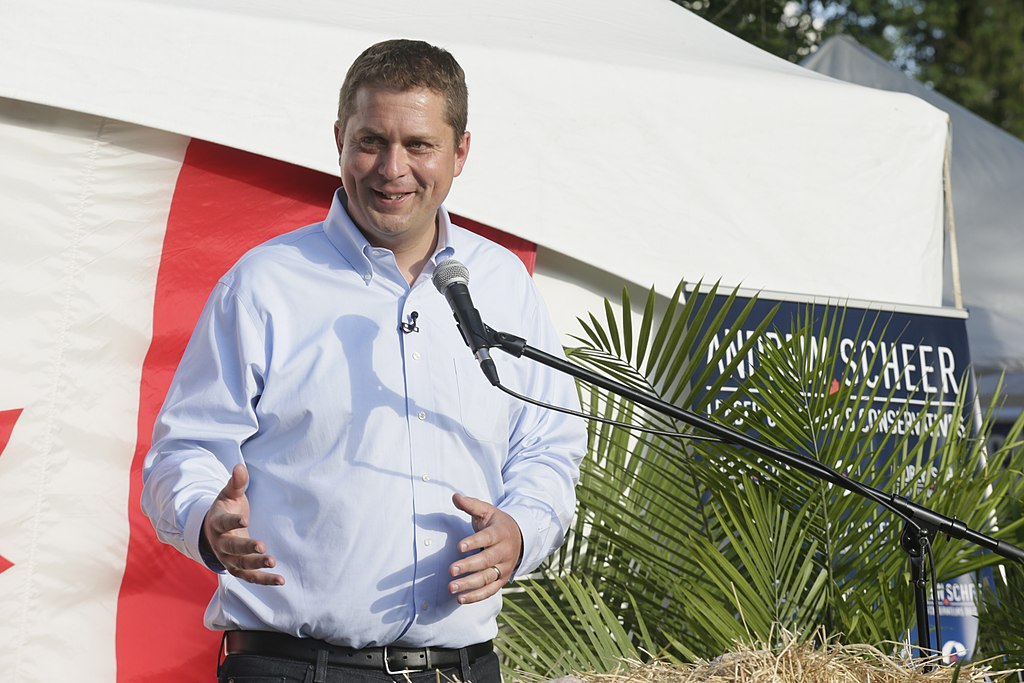 According to a recent poll, nearly two thirds of Canadians see fighting climate change as a top priority. Despite this, half of those surveyed would not pay more than $100 in annual taxes to prevent climate change – the equivalent of Netflix’s most basic subscription plan.

This reality, however, should not be conflated with an unwillingness to combat climate change at large. In fact, 65 per cent of respondents agreed with the statement ‘’Canada is not doing enough to fight climate change.’’

With regards to the upcoming federal election, polling suggests that Canadians are divided on what climate action policies are warranted. One thing for certain however, is that unlike in previous federal elections, climate change is no longer a partisan issue. In fact, most Canadians acknowledge the costs of increasing anthropogenic greenhouse gas (GHG) emissions. While this concern is reflected in each platform, there is significant variance over who will finance environmental and economic costs associated with climate change.

The Greenhouse Gas Pollution Pricing (GGPP) Act, which passed in June 2018, creates a framework for meeting GHG emission reduction targets while promoting economic growth. Under the act, provinces and territories have the flexibility to develop a carbon pollution pricing system consistent with their economic and political priorities, so long as it meets specific federal standards.

On July 3rd, 2018, Ontario Premier Doug Ford ended the climate plan established by the previous Liberal government, which included a cap-and-trade pollution pricing system and investments in energy efficient and low-carbon projects. Ford’s move to establish provincial autonomy on climate change policy does not come without consequence. As forewarned in the GGPP Act, an output-based pricing system for emissions intensive trade-exposed (EITE) industries was imposed on the province in addition to a ‘’carbon tax’’ applied to fuel production and distribution companies.

This “carbon tax” was also imposed on three other non-complaint provinces: Saskatchewan, Manitoba, and New Brunswick. Reportedly, it will result in an approximate cost increase of 4.42 cents a litre for gasoline, 5.37 cents for home heating fuel, and 3.91 cents per cubic metre for natural gas.

To this, the federal government has vowed to return the revenue collected from the carbon tax to provinces via ‘Climate Action Incentives,’ or rebates paid directly to households. For working class families, the idea is that the rebates, which according to government figures will amount to $300 for the average household in Ontario, will offset the cost of the fuel charges.

As a consumption-curbing mechanism, the tax is formulated to alter buying behaviour through price increases. Accordingly, the carbon tax rebates are intended to increase demand for low or zero-emissions products that will supposedly reduce the household carbon footprint in the long term. While these rebates are necessary to compensate taxpayers carrying the burden of the carbon tax, they are insufficient to fund the types of changes required to curb consumption in the long term.

According to an April 2019 report published by the Parliamentary Budget Officer, rebates delivered to balance out the cost of an increasing carbon tax will provide the average household in Ontario with a net $37 this year, and $81 in 2022. Clearly, this revenue increase is largely insufficient to fund the major lifestyle changes recommended in the policy, such as undertaking home renovations to cut down on energy costs or purchasing electric vehicles. The flawed logic that the carbon tax alone can curb household buying patterns is especially apparent when considering households receiving a Child Benefit payment – about 3.7 million families.

The issue with the market-based approach to climate change policy adopted by the Liberal party, is that it places the onus on the consumer to change buying patterns while overstating the incentives for GHG-emitting industries to offer affordable, climate-smart products. In fact, emission-intensive, export-oriented industries actually stand to gain from exemptions that  prevent manufacturers from paying a tax on GHG emissions below a certain threshold. These exemptions are meant to protect industries that would be rendered uncompetitive if they were required to pay a charge on each tonne of GHG. Instead, these industries are only required to pay a tax on emissions above a specific threshold, one the federal government has previously increased for large industrial polluters. Additionally, Trudeau’s reapproval of the Trans Mountain Expansion is expected to significantly increase tar sand production emissions, another major source of industrial pollution.

Taxing households that are burning fuel for heat or transportation, while the largest industrial polluters receive exemptions as they increase national emissions for profit runs counter to the Liberal platform of creating an economy that works for everyone. Alternatively, in promising to ‘’hold the largest polluters accountable’’ – whether a genuine promise or not, the Convervative party may attract voters unwilling to pay a carbon tax and for whom a climate change plan with vague standards on heavy industry is sufficient to alleviate their concerns.

The Conservative Alliance on Climate

Ontario’s Progressive Conservative government has been entangled in a court battle over the legality of a federally-imposed carbon tax. Ford argues that its imposition is unconstitutional as it allows the federal government to infringe upon provincial jurisdiction.

Ford’s legal action also aims to send a message on the viability of Conservative climate action in the court of public opinion. Ontario’s Environment Minister Jeff Yurek has advertised Ford’s environment plan as one that ‘’commits to meeting Canada’s greenhouse gas emissions target without imposing a carbon tax on the people of [Ontario].”

Federal Conservative Leader Andrew Scheer has backed this notion by stating that “The good news is that after Oct. 21, provinces will no longer have to fight the Liberal carbon tax in court. My first action as Prime Minister will be to scrap Justin Trudeau’s carbon tax and help Canadians get ahead.”

Heading into the federal election, each party must be equipped to defend a policy that describes whether taxpayers, industries or government regulations will carry the financial cost of climate change for the next four years.