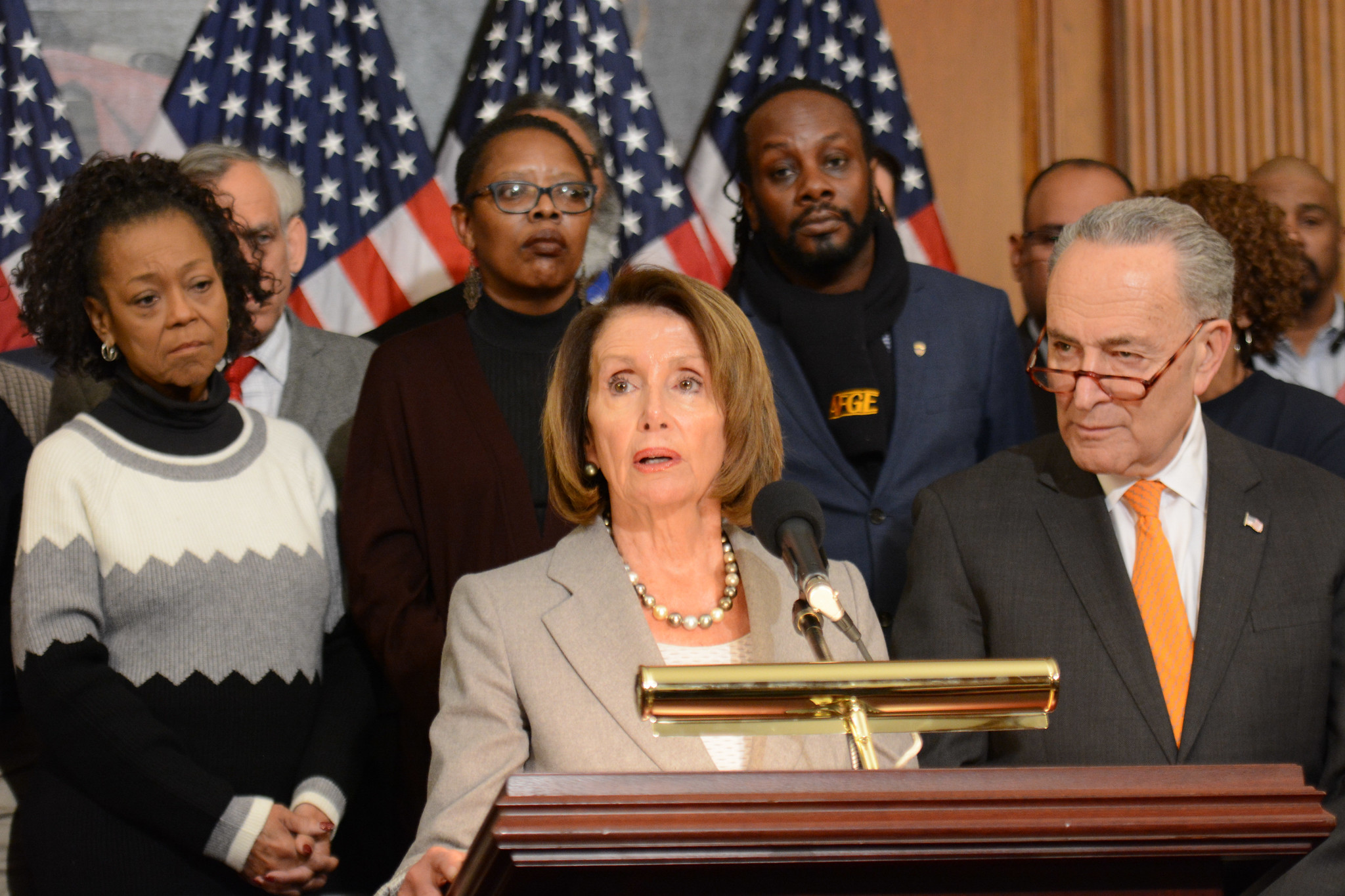 As the wealthiest and most powerful country, America was once the envy of the world. However, with income inequality rising and life expectancy falling, the United States is a far cry from the beacon of progress it once was. Consequently, to say America’s roads, bridges, railways, airports, and sanitation systems are in bad shape would be an understatement.

America’s infrastructure is crumbling, as infrastructure investment does not receive the attention it deserves in the political discourse. Electrifying and divisive social issues like abortion and healthcare lend themselves far more to ratings-generating soundbites and ideological battles.

However, radio silence from the political media aside, US infrastructure is patently in a state of crisis, with estimates calculating that tens of thousands of roads and bridges in the US are structurally deficient. On top of clear threats to public safety, faulty infrastructure creates impracticalities for everyday citizens. While many Asians and Europeans zip through on ultra-modern high speed trains, Americans suffer for hours on interstate highways and aging urban mass-transit systems. Moreover, beyond falling behind even developing countries, America’s embrace of decrepit infrastructure increases greenhouse gas emissions and hinders the fight against climate change.

Seemingly in response to the crisis at hand and the bipartisan attitude surrounding the issue, infrastructure investment has been commonly cited as a rare and promising opportunity for a major bipartisan deal. After over 2 years of talk, (and neglect by the Republican Congress), infrastructure re-emerged as a priority. Democrats left preliminary talks with Trump in April surprisingly optimistic about their chances of negotiating a 2 trillion dollar infrastructure package.

This optimism was quickly upset by President Trump. Trump upended an infrastructure meeting with Democrats and shouted at House Speaker Nancy Pelosi, declaring that he would refuse to work with the Democratic majority as long as they accused him of a “cover-up” amidst the fallout from the Mueller Report. Trump is known to fly into fits of rage when faced with criticism, and some accuse Pelosi of deliberately instigating a public spat with the President. Others speculate that Trump used the allegations of a cover-up as an excuse to scuttle a deal he doesn’t have the political courage to make.

Regardless, the breakdown of negotiations over the one area of intersection between the Democratic and Republican agendas is a symptom of a larger disease in American politics: hyperpartisanship. With the breakdown of the New Deal Coalition and the resultant competitiveness in American politics, the federal government has essentially lost the basic ability to make policy in response national problems, and the American people are paying the price.

Washington’s policy-making paralysis extends far beyond Trump. Ever since the end of the 111th Congress, marked by massive Democratic majorities and the passage of the Affordable Care Act, Wall Street Reform, and the Stimulus with nearly zero Republican support, barely any legislation of consequence has been passed on the national level. In 2011 and 2012, newly empowered House Republicans rebuffed Obama’s attempt to push a jobs bill through Congress despite a poor economy and the majority of the bill’s provisions actually originating from Republican proposals.

Later in the Obama presidency, the public witnessed the demise of a slew of moderate, yet consequential bills with bipartisan buy-in and even larger public support. The 2013 Senate immigration bill (with Dreamers’ protection): died in the House. Employment Non-Discrimination Act of 2013: died in the House. Manchin-Toomey gun background checks bill: failed in the Senate. Other proposals, such as a modest minimum wage hike to $10.10 an hour, universal Pre-K, and cheaper community college, all failed in some cases to get a single vote. Rather than doing the job it is paid to do and embracing American politics’ cooperative tradition, Congress chose to sit on its hands.

The Root of The Problem

Fearing “tyranny of the majority,” the founding fathers deliberately made governing hard. Partisanship aside, policymaking in America is supposed to resemble pulling teeth. Unlike parliamentary democracies like Canada, American executive power is divorced from the legislature, meaning that Presidents, unlike Prime Ministers, have no direct control over the body essential to passing the agenda promised to voters. In the unlucky but common occurrence of an opposition-controlled Congress, the President’s hands are tied. Furthermore, Congress itself is far from a well oiled machine. If different chambers of Congress are controlled by different parties, as they often and currently are, a piece of legislation may find overwhelming support in the House of Representatives only to die upon arrival in the Senate, and vice-versa. More modern creations, such as the Senate filibuster, further complicate legislating by requiring a supermajority for passage. Therefore, lawmaking in the US requires extraordinary amounts of consensus unseen and unnecessary in other democracies. Despite this, past Congresses and administrations were ultimately successful in securing the passage of at least part of both institutions’ agenda.

Given this fact, it is natural to wonder where Washington’s recent toxicity came from. Much of it can be traced back to a fundamental realignment in American politics that culminated in the 1990’s: the demise of the New Deal Coalition. This Coalition, comprised of traditional southern Democrats, working class northern whites, and northern urban-dwelling African Americans, was responsible for putting Democrats squarely in control of both chambers of Congress for the vast majority of the 20th century following the election of FDR.

During this era, Republicans knew they had no credible chance win majorities in the bi-annual congressional elections. Democrats simply commanded far too much support. For this reason, the utterly powerless Republicans routinely worked closely with Democrats to pass sweeping bills, wagering that they would ultimately wield more influence if they actually used their seat at the table to influence legislation as much as they realistically could, as opposed to fruitlessly opposing and obstructing like opposition parties in most other democracies. This came to an end in 1994, when the New Deal Coalition, which collapsed on the presidential level after southern whites abandoned the Democrats following their endorsement of black civil rights, finally disintegrated at the congressional level in 1994.

Dubbed the 1994 “Republican Revolution,” the first Republican majority in 40 years marked a new era of competitiveness in congressional elections, where both parties enjoyed a roughly equal chance of winning power and legislating on their own. In such a universe, the opposition party, knowing it may seize power the next time Americans go to the polls, would gain more through obstructionism and gridlock than bipartisan cooperation. Why help the other party pass popular policies and deliver its promises when one could instead block everything and successfully campaign on the incumbent party’s inability to “get things done?” More importantly, why give the other party a “win?” This sentiment alone captures both party’s approach to politics in the modern era.

Despite their constitutional obligations, Republicans had little to no incentive to make policy with Obama, and Democrats most likely won’t pass anything substantial with Trump. Indeed, almost all major legislation passed since 2011, including the Every Student Succeeds Act, John D. Dingell, Jr. Conservation, Management, and Recreation Act, The First Step Act, and The 21st Century Cures Act, had not been strongly associated with any President or political party. Combining this hyperpartisan counter-incentive with the hurdles to passing policy enshrined in the Constitution, America faces a tough road ahead in confronting its worst challenges from healthcare and infrastructure to immigration and voting rights.