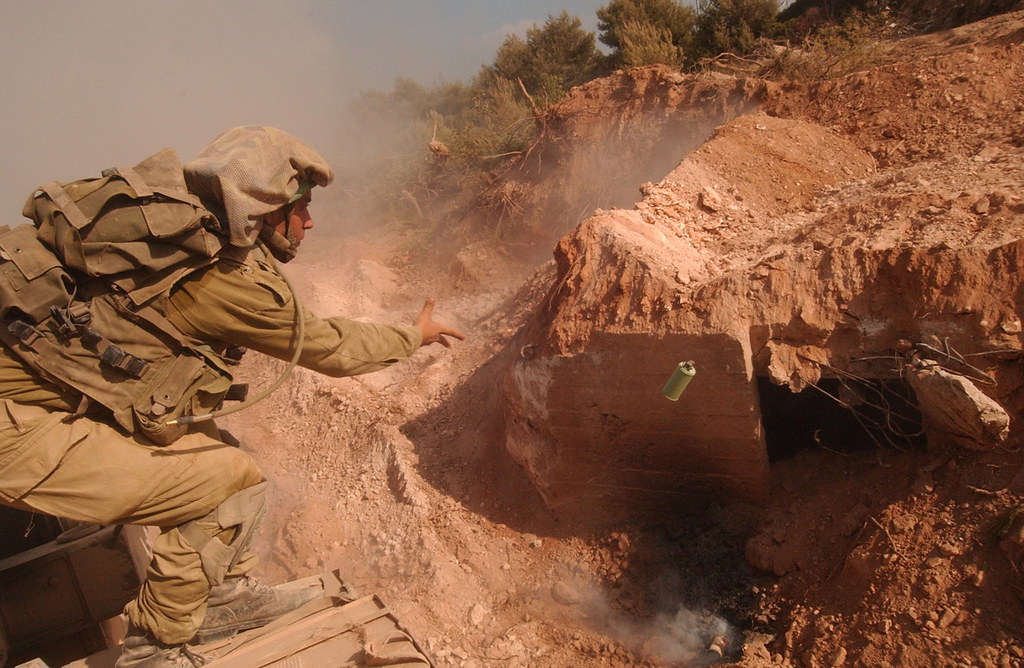 On September 1, the Lebanese militant organization Hezbollah fired anti-tank missiles into an Israeli military border post. In response, according to the Israeli Defense Forces (IDF), Israel fired 100 artillery shells and limited helicopter fire at several Lebanese military sites as well as the area from which the antitank missiles were sent.

Hezbollah claimed the missile strikes in a statement. The week before, two Hezbollah commanders were killed in an Israeli airstrike in Syria. Hezbollah issued a threat of retaliation at that time and also reported an Israeli drone attack in Beirut the previous week.

Though the conflict only lasted about an hour, it could have far-reaching consequences. It was the first exchange of fire across the Israeli-Lebanese border since 2006, when Israel and Hezbollah engaged in a month-long war with casualties reaching over 1,000.

The incident is certainly not isolated; in fact, it is demonstrative of the quick spread of conflict throughout the Middle East and the complex tensions that come to arms on multiple fronts.

Substantially, the short but intense exchange of fire is not about Israeli-Lebanese relations but Israeli-Iranian ones. Hezbollah has long been sponsored by Iran and the organization acts on behalf of Iran in Syria on the side of President Assad, among other regional conflicts.

Existing tensions between Iran and Israel escalated when Israel attacked Iran and Iranian proxies on the weekend of August 25. These attacks on Iranian forces in Lebanon, Syria, and Iraq included those on Hezbollah for which Hezbollah retaliated on Sunday.

For years, Iran has sought to expand its regional influence through organizations like Hezbollah and participation in regional conflicts in Syria and Yemen. Tensions between Iran and Israel, another important regional player, have long existed in conjunction with Iran’s ambitions.

In Syria, Israel has attacked hundreds of targets over the course of the conflict, most often Iranian forces or weapons being delivered through Syria from Iran to Hezbollah. This is also not the first Israeli strike in Iraq. In the month of August, US officials confirmed that Israel hit four weapons bases of Iran-backed militias in Iraqi territory.

However, the three Israeli attacks on Iranian forces do mark a shift in these existing tensions towards more aggressive conflict. “The fact that these attacks occurred ushers in a new stage in the confrontation between Israel on the one hand and Iran and its allies on the other. Israel is showing it is determined to prevent Iran from expanding its influence in the Middle East,” explained Hilal Khashan, a professor of political science at the American University of Beirut.

These attacks were different because of their quantity, the short period in which they took place, and the fact that Hezbollah saw them as a direct attack and an increase in aggression. “This is a new phase imposed by the enemy, and we are up for it,” said Hezbollah leader Hasan Nasrallah in a speech on Sunday, August 25. The perception of attack is perhaps the most important aspect of it, for it is this perception that determines the response and these recent attacks were seen as worthy of retaliation.

A “new stage” in Israeli-Iranian relations could have far spreading implications for the Middle East. There is the risk of all-out war between Israel and Hezbollah that was demonstrated by Sunday’s violent exchange on the border. While it seems that both sides have fulfilled their need to enact retaliation on the other without casualty, had there been a major casualty, the incident could certainly have escalated far beyond an hour-long and contained exchange of fire.

The Israeli drone strike that killed the commander of an Iran-backed militia in Iraq also threatens to disrupt American presence in the country. This killing, too, was seen as a turning point, this time by an Iran-allied coalition in the Israeli parliament who stated that “there is no need for American presence,” pointing to the common belief held in Iraq that the US is helping Israel in its attacks.

The exchange of fire between Israel and Hezbollah is important because it is the first of its kind on the Israeli-Lebanese border in over ten years. As of right now, it seems that the lack of casualties and quick de-escalation of the border conflict demonstrates an unwillingness to intensify the conflict on the part of both Israel and Hezbollah.

However, in a region characterized by a tangled web of alliances and tensions, conflict can spread from one front to another like wildfire. The incident demonstrates the propensity of conflict to jump from one front to another. What was an attack in Syria becomes conflict in Lebanon. Warfare in the Middle East does not spread in a linear fashion and cannot be contained to two actors.

Complex alliances and tensions mean that every war is a battleground for actors to play out conflicts that exist beyond the war itself. Hopefully, the Lebanese border does not become the next such war.