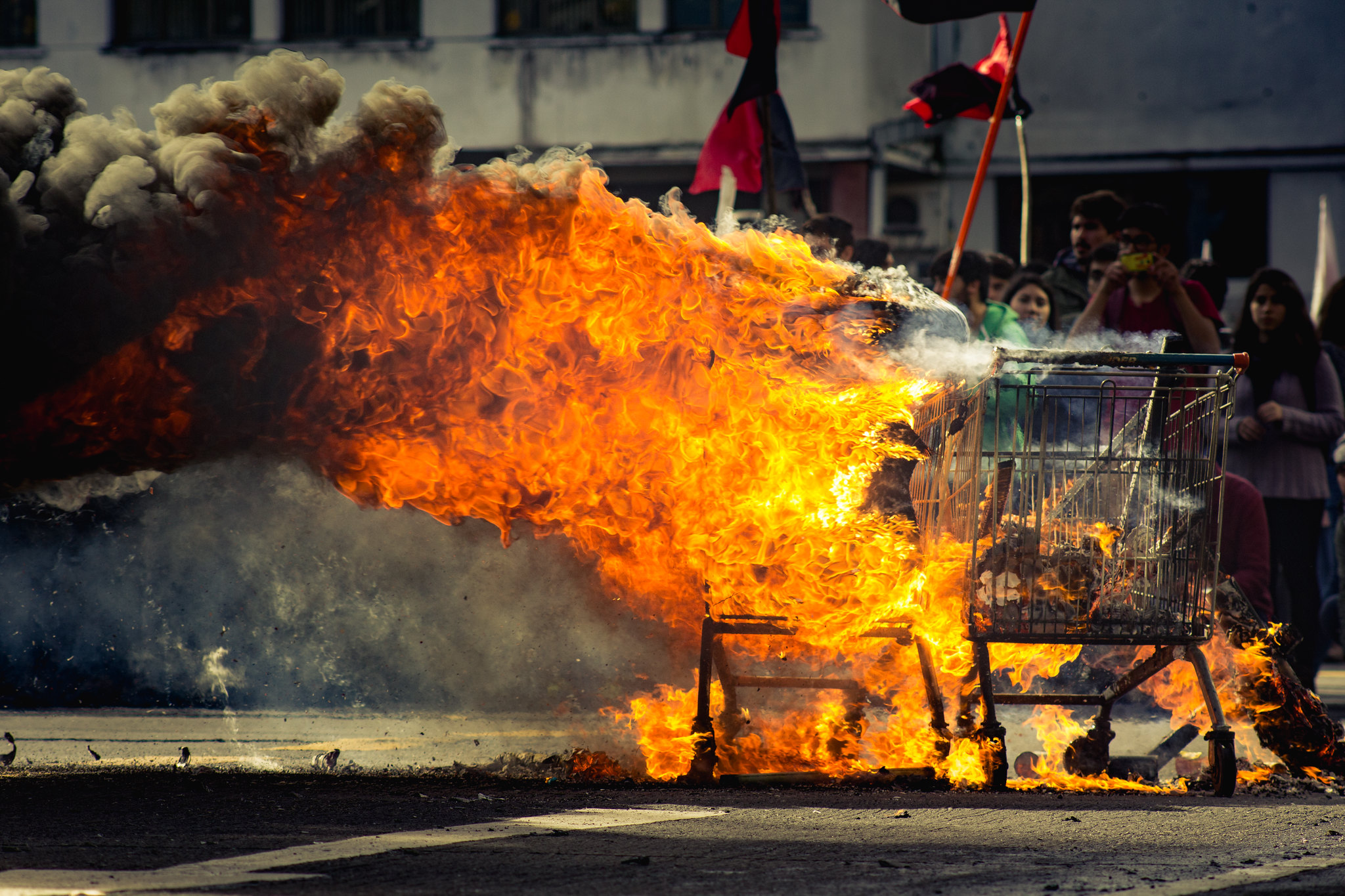 Chile is in the middle of a political crisis in which virtually every sector of society has joined together to challenge government policies. After the price of a subway ticket increased from 800 to 830 Chilean pesos on October 6th, students in Santiago began protesting.

Initially, the protests consisted only of students entering the subway system in mass without paying. Since the police became involved, however, the protests have evolved into a larger movement focused on the cost of living and socio-economic inequalities. By October 17th, peaceful demonstrations but also acts of violence, vandalism and arson could be seen across Santiago.

As a response, Sebastián Piñera, President of Chile since 2018, declared a state of Emergency, which established a country-wide curfew and mobilized the army in the provinces of Santiago and Chacabuco on October 18th. The next day, Piñera reversed the price increase for subway tickets in an effort to appease the protesters. These actions, however, came too late and the protests, which had already gained traction, have since continued across the country.

The protests in Chile share many similarities with the ones seen in Ecuador earlier in October. They both were a reaction to increases in the cost of living, are characterized by massive marches nationwide and succeeded in reversing the government policies that triggered them.

That being said, there are some fundamental differences that make the Chilean protests qualitatively different from the ones in Ecuador. Firstly, both the methods used in the protests and their composition are much more heterogeneous and diverse than those in Ecuador. While it is true that many protests were characterized by violence and damage to public property, many others were peaceful demonstrations against the government. Furthermore, these peaceful protests have been supported by people across all ages, sectors and professions.

As a consequence of the diversity of the protests, there are no clear political entities that have formed to represent the interests of the protesters as a whole and who could argue in their favour in a formal political dialogue with the government. Not even the main opposition parties are able to fulfill the role of representatives of the protesters. This is evidenced by the fact that the approval rate of all but one of the relevant parties is below 14 per cent, which is Piñera’s own approval rating.

As a result, no major voice has been able to articulate specific demands to which the government could answer. This explains why the protests have not diminished, even after the president reversed the fare increase, announced a package of social reforms, and reformed his cabinet.

The current revolts also seem to be the explosion of the accumulated discontent of Chileans over the years regarding high socio-economic inequalities and the state’s failure to provide basic public services.

Chile is a high-income country, but it is also a country with notable levels of inequality as 70 per cent of the population earns less than US$770 monthly. This particular combination results in the expectation of high standards of living that have not been achieved among the low-income sectors of society.

Furthermore, at least 31 per cent of those whose economic condition has worsened since 2018 reported difficulty in accessing public benefits, regardless of current level of income. It is possible that the increase in the price of the subway was the drop that spilled the glass for Chile, rather than being the unique cause for the protests.

As of November 5th, the protests continue and there are several challenges ahead. On the side of the protesters, many demonstrations, especially the ones early on, have been characterized by violence and vandalism that ultimately can only backfire the population. Damages to the subway stations are estimated to be around US$300 million and at least 20 deaths have been reported. On the government’s side, the responses from the army and the police have been characterized by accusations of excessive use of force, violations of human rights, and sexual abuse.

That being said, some sense of normality has returned to Chile. President Piñera lifted the state of emergency on October 27th and peaceful demonstrations have taken a greater prominence relative to the previous violence. On October 25th, a massive, peaceful march of 1.2 million people took place in Santiago.

Now, Chile has the difficult task of successfully responding to the grievances of the population, reconstructing the destruction caused in Santiago and investigating the severe accusations regarding human rights violations.