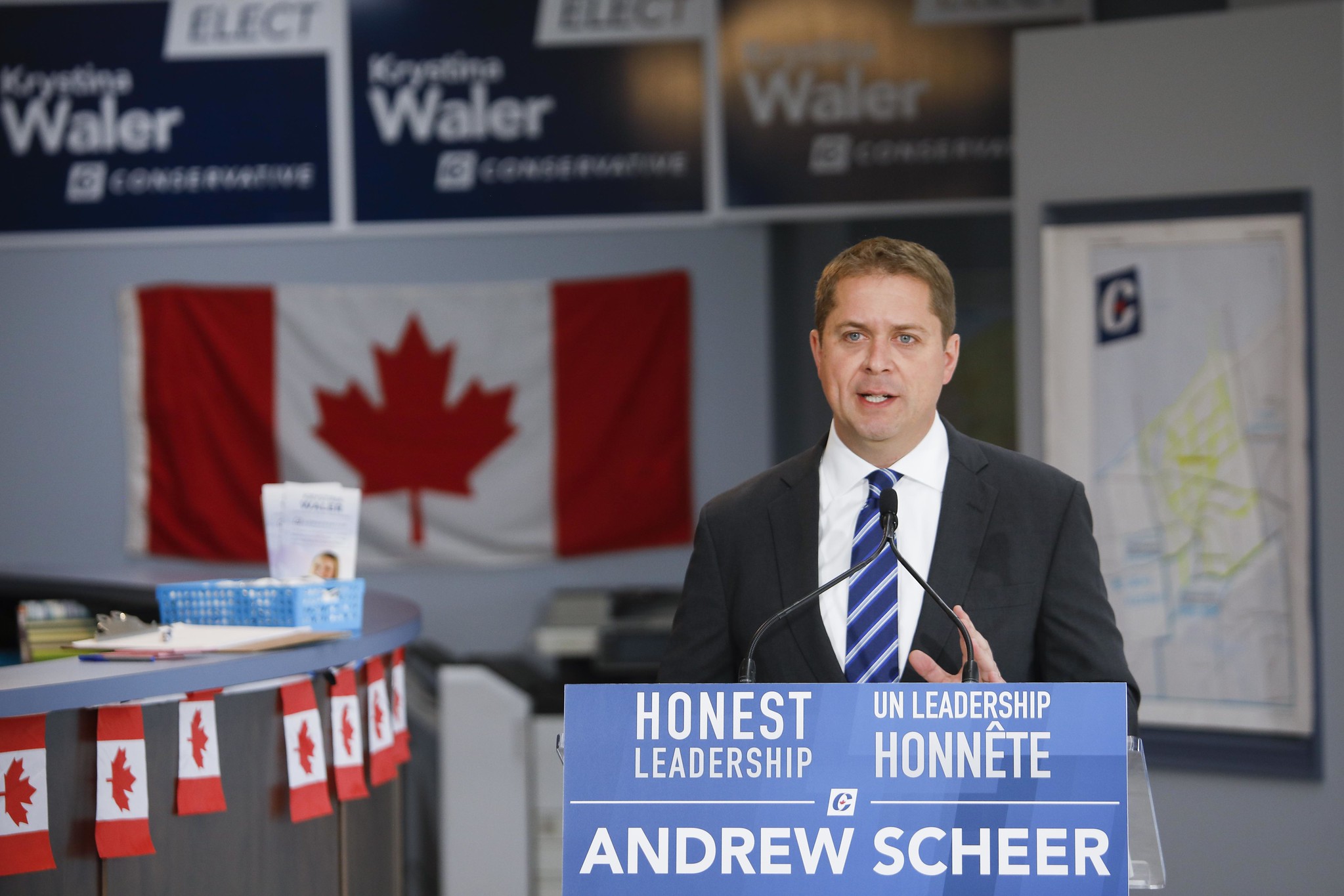 Andrew Scheer resigned as leader of the Conservative Party on Thursday, less than two weeks after telling reporters he would be “staying on to fight the fight Canadians elected us to do.” Scheer told his caucus Thursday morning that he was stepping down and subsequently made an announcement in the House of Commons.

His surprise resignation comes right after the discovery that Scheer used party money to pay for his children’s private education. However, Scheer says the decision is the result of many long conversations in the wake of the recent federal election. While Scheer emphasized wanting to spend more time with family and having someone “who is in it 100 per cent” lead the party, several other factors likely underlie the resignation.

Why did Scheer resign? And why now?

The most obvious factor behind Scheer’s resignation is the intensive criticism he faced following the Conservative loss in the October federal election. Several high-level Conservative politicians and staffers called for Scheer to step down, with a handful even starting an organization called Conservative Victory to push for his resignation. Critics have said that Scheer lacks energy, authenticity, and the strategic instinct necessary to successfully lead the Conservative party.

While the last election certainly felt like a blow to Conservatives, the outcome was actually in line with what history would predict. In Canada, it is extremely rare for first-term majority governments to completely fall. In fact, a Prime Minister has only once been defeated following a first-term elected majority: in 1935 the Liberals defeated R. B. Bennett’s Conservative Party which was serving its first elected-majority term. With the defeat of a first-term majority being the exception to the rule, it would have been a major blip in the trend for Justin Trudeau to completely lose power in this election.

Moreover, it often takes leaders multiple elections before they successfully lead their parties to government. This is especially the case for the Conservative Party and its predecessors. Even the first leader of the Conservative Party, Stephen Harper, lost in 2004 before winning in 2006. Scheer also led the Conservatives to an increase in seats (of 22) over their previous election result, something which tends to correlate with a leader being retained despite not winning government (Andrews and Jackman 2008).

If history recommends forgiveness for Scheer’s 2019 performance, the actual events of the 2019 campaign certainly do not. The 2019 election should have been a winnable election for Scheer. The Conservatives were handed several gifts in the form of Trudeau’s many scandals, including SNC-Lavalin, the ejection of two cabinet ministers from caucus, and the revelation during the campaign that Trudeau had worn Blackface and Brownface on multiple occasions throughout his adult life.

Whether the election was actually winnable matters less than the perception that the election was winnable. Media discourses framed Trudeau as weakened and even the Conservatives released campaign material with the slogan “Join the Winning Team.” With Conservative voters primed to see the Liberals as weak and easily beatable, it is no wonder that Scheer didn’t live up to expectations.

While Scheer has faced pressure to resign based on the recent election loss, it is likely that the prospect of another failure in the next election also weighed heavily in Scheer’s calculation. According to Kerby and Blidook (2011), one of the key determinants of politicians resigning is feeling that the next election will be tough to win. The timing of Scheer’s resignation provides some evidence of the applicability of this theory: rather than resigning on election night, Scheer took nearly two months to make the decision. This indicates that more consideration went into his resignation than acquiescence to the ultimatum that “when a political leader fails, they resign.”

Scheer plans to stay on as leader of the Conservative Party until a leadership race can be organized. This differs from Harper’s resignation following the 2015 election, where he was replaced by interim leader Rona Ambrose while the leadership race was organized.

Several figures are likely to contest the Conservative leadership. Nova Scotia Member of Parliament Peter MacKay has been a vocal critic of Scheer since the election loss and has long been rumoured to contest the leadership should Scheer resign. Another potential leadership contestant is Rona Ambrose, the former interim leader of the Conservative Party who took over after Prime Minister Stephen Harper resigned. Both MacKay and Ambrose would be strategically wise choices for Conservative leadership given their less conservative positions on social issues — a characteristic which proved to be one of Scheer’s biggest electoral flaws.

Current Conservative Finance Critic Pierre Poilievre and current Conservative Intergovernmental Affairs Critic Gerard Deltell are also potential candidates. They would be valuable for the Conservative Party particularly because they are francophone and represent Ontario and Quebec, respectively. If the next leader is another anglophone from a prairie province, the Conservatives risk becoming a regional party for the West rather than a truly national party that can continuously contest seats in Ontario and Quebec — the two provinces with the largest number of seats.

While the Conservatives won the popular vote this election, they fell short in seat count because support was highly concentrated in Alberta and Saskatchewan. This indicates a need to focus on seat-rich provinces which don’t currently support the Conservatives, rather than regions which will vote Conservative essentially regardless of leadership. For this reason, both former Saskatchewan Premier Scott Moe and current Alberta Premier Jason Kenney are unwise choices for leadership.

Several other candidates are also likely to consider running for leadership: the last Conservative leadership race had 16 participants. Whoever is chosen will be only the third elected leader of the Conservative Party since its formation in 2003 and will thus play a large role in molding the still-young party. Canadian parties have been considered “empty vessels” for their leaders, meaning that the policies and even broad ideologies of the parties can change dramatically depending on the leader (Cross and Young 2006). The next Conservative leader will thus be important not only in determining the Conservative Party’s electoral success, but also the party’s direction as a whole.