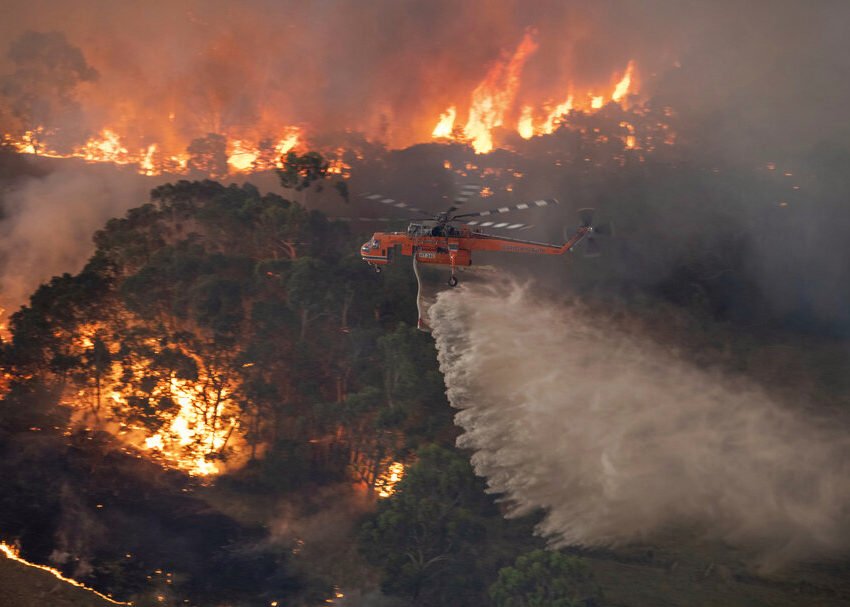 Climate change is the most pressing international concern of our time. Millennials and Generation Z-ers across the globe rank it as the most important issue facing humanity. Recent wildfires in Australia and the rapid deforestation of the Amazon rainforest have brought this issue to a head in the international community, and most countries have committed, at least symbolically, to address it.

All across the Global North, headlines trumpet prophecies of destruction, foreseeing the end of the world, at least as we currently know it. With huge climate protests becoming the new normal, powerful Western governments are beginning to pay some attention; many have gestured at willingness to change.

However, a show of goodwill is not nearly enough to effectuate the adoption of meaningful environmental policy. Although they have postured and pretended, the industrialized nations that contribute most to climate change have done very little to address their wasteful ways and dependence on fossil fuels. The world’s largest and most comprehensive climate agreement, the 2015 Paris Agreement, falls short in its attempt to curb emissions and rising temperatures.

If this is humanity’s best effort, it raises an interesting question: when our civilization is being destroyed by climate change, and we do nothing to address this, is the Global North not guilty of self-sabotage? Are supposedly rational governments really acting against their own interests?

There is certainly a good case to be made that they are, and many environmentalists have argued just that. There are many historical examples of civilizations blind to the underlying problems that would destroy them, and that could well be what is happening right now.

However, it’s also possible that the powerful players in the international community are, in fact, adapting to the new reality of our climate, just not in a way that will serve overall global interests. Rather than addressing climate change altruistically and effectively, Western nations may simply let somebody else shoulder the burden they have created.

In fact, many wealthy states, including Canada, America, Norway, China, and Russia, have a vested interest in the melting of the polar ice caps. Studies have shown that there are likely untold riches in natural resources beneath polar ice, and all the countries which would benefit from extracting those resources are either highly or relatively well developed.

Furthermore, the melting ice in the arctic would allow shipping to cross the top of the planet, which could also further enrich already wealthy nations, like China. Therefore, instead of drastically cutting emissions and setting up green energy economies, many wealthy Northern nations are preparing for climate change by trying to maximize its economic potential.

Depending on its ultimate severity, climate change will likely reinforce our current economic and political order rather than upend it. The Global South will face dramatically increased economic hardship while the Global North is able to sidestep the worst consequences of climate change, possibly even growing their wealth and furthering global disparity.

Ultimately, by not addressing climate change directly, rich countries are facilitating this economic process, even if it is not their direct intention. It may sound cynical, but the fact remains that the world needs to consume less energy, and if the Global North does not cut back on its overconsumption, the weight will fall onto the most vulnerable in the Global South: populations that, by and large, do not contribute to climate change.

Rachel Wood, from the International Institute for Environment and Development, writes that “there is already significant evidence that policies designed to reduce developed countries’ ‘carbon footprints’ can shift the burden of mitigation onto the shoulders of the world’s poor.” In particular, she brings up the example of biofuels, which help lower consumption figures in the developed world, but further damage the environment of the global south. It has also caused rising food prices across the developing world.

Moreover, rich nations, especially the United States, produce such a huge surplus of food that they likely won’t need to worry about crop shortages fomenting serious internal unrest. A USDA report found that the worst consequence of a shortage of crops in the United States would be that “prices would be higher than they would otherwise, which implies higher premiums and, consequently, higher subsidies.” This outcome is highly undesirable, but hardly catastrophic.

It is likely that wealthy countries will address climate change only insofar as it affects them directly. Even if they are not doing it intentionally, by instituting only marginal change and counterproductive “reduction” policies to massage an increasingly environmentalist public through biofuels and recycling, the West will likely widen the distance between itself and other nations as the climate crisis worsens. All the while, they will be lining their pockets with newfound oil reserves and the labour of increasing numbers of unskilled immigrants.

In the Global South, however, there is all the risk of climate change with no possibility of reward. Nations already reliant on crop exports from the Global North will be decimated if production shrinks in the United States. Their own agricultural sectors will be severely truncated as well.

Natural disasters like floods, monsoons, fires, and droughts will rock countries without the infrastructure needed to address them, likely leading to the deaths of untold many in the Global South. This could also hamper now-accelerating development and economic growth in emerging areas like West and East Africa, reinforcing and worsening current exploitative economic dynamics. Environmental catastrophe could, given enough severity, totally reverse current trends of development in the global south while preserving the wealth of the Global North.

Industrialized countries are currently the world’s only actors with the economic and political capacity to confront climate change. By addressing climate change parsimoniously, the Global North is standing on the shoulders of the less powerful as the waves lap at their necks.