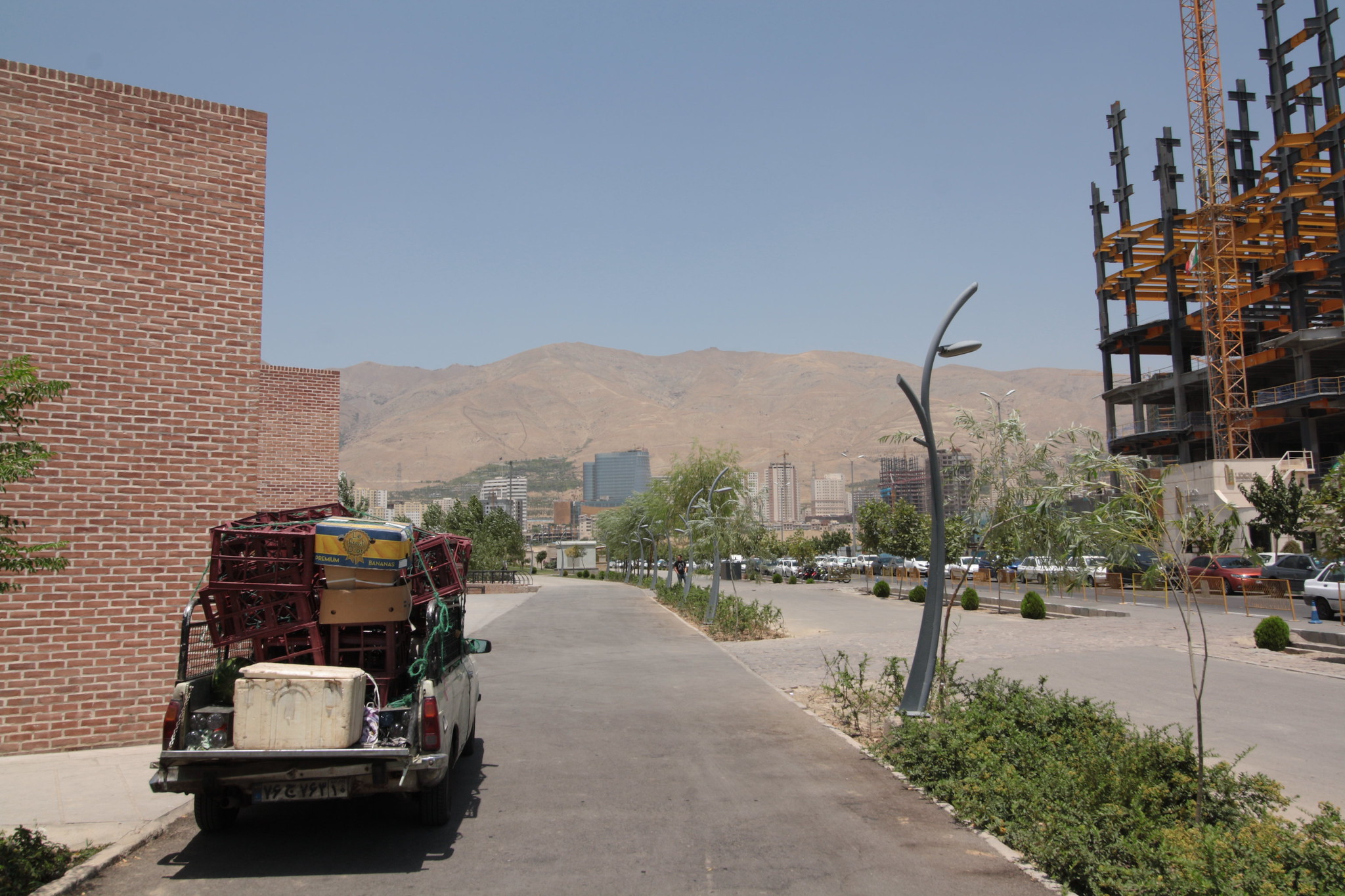 Over the past four weeks, tensions between the United States and Iran have been exacerbated by a series of tit-for-tat military actions. This has caused collateral damage and invited responses from the broader international community. In light of this sudden heightening of tension, MJPS has gathered and analyzed a timeline of recent events.

December 27, 2019: Killing of US Contractor on Iraqi Military Base

The Shia based and Iranian backed militia Kataib Hezbollah initiated a rocket attack on an Iraqi military base in Kirkuk, Iraq, killing 33 year old Nawres Hamid – an American citizen who was working on the base as a US contractor. This incident sparked a series of events that would follow from December 27th onward.

In retaliation to the rocket attack, the US Pentagon executed various air strikes on Hezbollah sites in Iran and Syria, causing 25 casualties among Iranian militia fighters. The US military claimed that this is a result of the 11 attacks on US-coalition bases that have been perpetrated by Hezbollah and other Iranian militias throughout recent history.

The US delivered three main attacks – two in Syria and one in Iraq. The air strikes were strategically targeted at military storage facilities that housed weapons designated to attack US-coalition bases in the region. The group then expressed the desire to retaliate against the “aggression of evil American ravens.” Hezbollah continued: “We have no alternative today other than confrontation and there is nothing that will prevent us from responding to this crime.” Such statements foreshadowed the violence that would follow in the upcoming weeks.

The American air strikes on Hezbollah sites sparked a movement of protestors to storm the US embassy in Baghdad. Setting fires within the embassy grounds created a symbol of grievance for the militia members who lost their lives at the hands of American air strikes.

On January 3 2020, Iran’s top military general Qassem Soleimani was assassinated along with Iraqi militia leader Abu Mahdi al-Muhandis. They were targeted by a US-led air strike at Baghdad International Airport. Soleimani led the Quds force, a strong supporter of the terrorist group Hezbollah. A Pentagon official stated that “at the direction of the president, the US military has taken decisive defensive action to protect US personnel abroad by killing Qassem Soleimani.” Ali Hosseini Khamenei, Iran’s supreme leader, responded with a statement that there would be “harsh retaliation” in the future by the Iranians. Soon after, the US shut down its embassy in Baghdad and urged Americans to flee the region.

President Trump threatened over Twitter to target 52 Iranian cultural sites to represent the 52 American hostages taken by Iran “many years ago.” If the United States were indeed to attack the cultural sites in Iran, it would be considered a war crime and would violate the 1954 Hague Convention.

In response to the assassination of General Soleimani and Abu Mahdi al-Muhandis, the Iranian forces launched between twelve and thirty rockets to the Ain Assad Airbase and Erbil Airbase US military bases in Iraq. There were no human casualties as the Americans were prepared for a counterattack. However, it seemed to be a potential turning point in the rise of tensions. According to Bessma Momani from the University of Waterloo, this was the beginning of the de-escalation of the conflict as there were no US militants killed on the bases during the rocket attack. However, if there was to be an American retaliation, Tel Aviv and the United Arab Emirates could be the next targets from the Iranians. Though, Iran claimed not to be seeking escalation of the conflict to a potential war, instead arguing only to be defending itself.

On January 8, 2020, Ukrainian passenger jet PS752 took off from Imam Khomeini International Airport in Iran and headed toward Ukraine, where several passengers were scheduled to connect to Canada-bound flights. Just a few minutes after takeoff, the plane crashed, bringing all 176 passengers and crew to their tragic demise. Tehran initially claimed that the cause of the crash was a “technical problem.”

The missile attacks on US military bases in Iraq occurred shortly before the plane crash. This provoked doubt and suspicion among the international community, possibly linking the assassination of General Soleimani as a motive to down a plane filled with passengers from around the world. However, this was debunked in the subsequent days.

January 9, 2020: President Trump’s Response to the Iranian Rocket Attacks on US Military Bases

President Trump responded to the Iranian attacks on US military bases with the imposition of economic sanctions. Secretary of State Mike Pompeo further explained that the sanctions targeted “construction, manufacturing, mining, and textiles industries”. President Trump said in a statement that “these punishing sanctions will remain until the Iranian regime changes its behavior.” Through imposing 17 distinct sanctions that specifically target industries of steel and iron, billions of dollars will be cut off to the Iranian regime.

On January 11, Iran admitted to its military unintentionally shooting down Ukrainian passenger jet PS752. The missiles were fired “due to human error,” which Iranian President Hassan Rouhani called an “unforgivable mistake.” The aerospace commander of the Revolutionary Guards, Brig-Gen Amir Ali Hajizadeh, took “full responsibility” for the crash.” Gen Hajizadeh explained that PS752 was shot down by a short range missile which exploded next to it after the military misidentified the aircraft.

On board PS752 were 57 Canadians, including families, students, newlyweds and academics. Prime Minister Trudeau responded to the accident in a press release alluding to the tensions between Iran and the US as a factor of the crash: “If there were no tensions, if there was no escalation recently in the region, those Canadians would be right now home with their families.” Trudeau proceeded to say that “this is something that happens when you have conflict and war. Innocents bear the brunt of it and it is a reminder why all of us need to work so hard on de-escalation, moving forward to reduce tensions and find a pathway that doesn’t involve further conflict and killing.”

Prime Minister Trudeau also said that he was not given notice of the impending assassination of General Soleimani. This is a notable shift in the relationship between the United States and Canada, with each typically warning the other of such drastic military actions. Trudeau stated in an interview that he would have preferred to have been aware of the assassination plans to remove Canadian forces from the line of fire. The lack of communication between President Trump and Prime Minister Trudeau, could constrain the relationship for the two leaders in the future.

Trudeau’s implied condemnation of Trump’s actions demonstrates a sharp departure from the Prime Minister’s usual shying away of criticizing Trump. While Trudeau typically avoids the Trumpian backlash that comes from publicly criticizing the President, Canadians being caught in the crossfire of American-Iranian tensions appears to represent a crossed line.

The rising tensions have received widespread attention from international actors, with many expressing concern.

Moscow is in support of Iranian pursuits but says it does not condone the use of violence to increase the already existing violence spread throughout the Middle East. The United Kingdom and France have urged both parties to find stability and a peaceful resolution to the worsening tensions in the region. Neither the UK nor France plans to remove any troops from Iraq, and both have emphasized their attempts to keep a neutral stance on the issue.

Israel has expressed its support for American pursuits in the conflict, continuing its historical allyship of the US. An experienced member of Benjamin Netanyahu’s Likud party tweeted “God Bless America!” once the news broke about the assassinations that occurred on January 3, 2020.

The polarization between the states is a reflection of alliances between same actors throughout history. Russia has previously remained in alliance with Middle Eastern states such as Iran and Syria in comparison to Israel which continues to have a tight relationship with the United States. The United Kingdom and France have recently been attempting to mediate tensions within the Middle East – especially during the Arab-Israeli conflict. Through examining a historical account of the previous alliances, it is of no surprise that the actions international actors have taken in the crisis is a product of previous actions in the past.

What Does the Future Hold?

After all the air strikes, assassinations and threats between the United States and Iran, what is to come next? Will the US retaliate? Will Iran continue missile attacks? How will the allies of the US and Iran respond to the crisis? Professor Daniel Douek from McGill University says that this is the asymmetric war that Iran has been preparing for through strengthening non-state Shia militias (such as Hezbollah, and Kataib militia), increasing amounts of missiles and building strong alliances with neighbouring regions. However, it remains to be seen how these growing tensions play out for Iran, the United States, and all other countries caught in the crossfire.