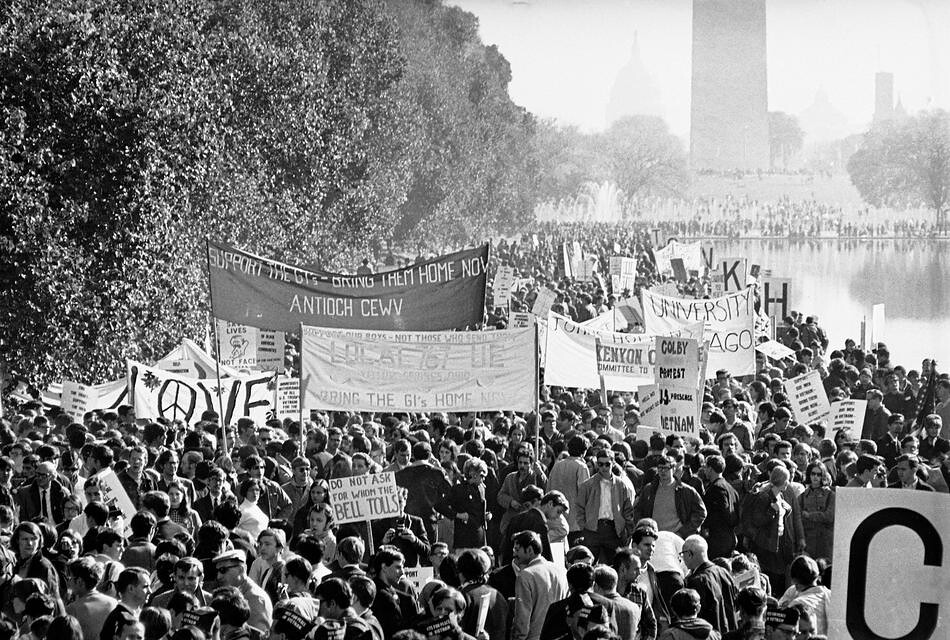 During the past decade, a series of popular protest movements including #MeToo, the Arab spring, and the climate strike, have demonstrated a resurgence of what may be considered mass political action. While the phenomenon of political action is seemingly ever-present, when analyzed through the lens of Hannah Arendt’s theory of the human condition, the reader, scholar, student and activist begins to realize the unique nature of protest which has resurfaced throughout the 2010s.

Hannah Arendt’s theory of political action is proposed within her work The Human Condition, which explores a set of trichotomies pertaining to the conduct of man. The central trichotomy for which Arendt frames the human condition is between labour, work and action, where the latter is an authentic and spontaneous phenomena to be cherished in the political realm.

Hannah Arendt’s notion of political action is regarded as “the only activity that goes on between men without the intermediary of things or matter”. Therefore, to understand political action in an Arendtian sense, is to definitionally exclude parliamentary bureaucracy, institutional malaise, and international diplomacy in favour of spontaneous human interaction.

Arendt’s model of an ideal public sphere permeated by political action is represented by the pre-philosophical-era Greek public spaces coined agoras. These spaces provided a public forum for citizens of a given city-state to voice their opinions regarding the correct conduct of polis life.  Political suggestions were heard directly by policymakers, producing an environment of direct democracy void of institutional bureaucracy.

Arendt’s definition of political action idealized by the Agora model additionally displays a framework of pluralism which is characteristic of human action. Arendt notes that “plurality is the condition of human action because we are all the same, in such a way that nobody is ever the same as anyone who lives, lived or will live.” Here Arendt adds another necessary dimension to the concept of political action, that of plurality, which additionally uncovers the undertones of political action today, and its countercultural prototype displayed 60 years ago.

Public action has poignantly manifested, generally, during two eras within the past century of capitalist global development. This popular consciousness regarding mass protests gained popularity preliminarily during the hippie sixties. This model of protest represents a prototype for the contemporary age of political action, as the anti-institutional undertones of both counter-cultures have led to widespread global movements independent of bureaucratic legitimacy, which have altered those institutions.

Whether through the American civil rights movement, or the Arab spring, these protest movements have demonstrated a capacity for humans to fundamentally change status quo bureaucracies, despite lacking institutional strength.

During the ’60s, the counterculture critical of the American capitalist status quo, was legitimated through a mantra famously announced by Timothy Leary at Woodstock: “turn on, tune in, drop out”. This maxim demonstrates a distrust of institutional structures via the suggestion that individuals drop out of the status quo arrangements of American life.

The 1960s saw the civil rights movement, Vietnam war protests and the famously noted hippie movement which sought to question a wide range of capitalist status-quo institutions. However, this ethos of protest, sparked by human collective political action rather than existing institutional legitimacy saw an age of relative inaction from the 1980s until the 2010s.

During this period, which began with the Reagan-Thatcher era of conservative economics, and ended with the 2008 financial crisis, demonstrates a time of relatively uninterrupted capitalist status quo. However, with the birth of the Occupy Wall Street protests in 2008 following the financial crisis, political action re-manifested itself in a manner harkening back to the counterculture movement of the sixties.

As mentioned above, Arendt’s notion of plurality displays the diverse and cross-cutting nature of certain protest movements like the Arab spring and climate strike. In terms of the former movement, as can be seen in the case of Tunisia’s revolution in 2011, socialists, Islamists and secularists all mobilized, independent of institutional legitimacy, to topple the existing government of the time.

In terms of the climate protest, individuals worldwide have coalesced on separate occasions, and on separate continents. While social media has played a role in the process of expanding the protest, the climate strikes of 2019 have been motivated outside of institutional hierarchies. Although Greta Thunberg may be the face of the movement, she is not the official president, nor an institutional representative of some higher structure from which the climate movement garners its legitimacy. Rather, legitimacy regarding the sort of political action seen in the past decade arises from people, and their collective political actions.

While Arendt’s notion of political action capably explains the manner by which protests have arisen within the contemporary context, it is still difficult to understand what motivates the spontaneous collective action of people to change institutions. There is a seeming ebb and flow throughout history, in which political action followed by unchallenged status quo institutional functionality take turns in garnering popular appeal.

It is clear that there are flaws within the current capitalist order that ought to be addressed if the planet is to be saved, if people are to speak freely, or if women are to feel safe in their places of work. Political action arises as a check to balance the dominance of certain status quo institutions.

If it were not for the civil rights movement, what would the American South look like today? Without draft-dodging hippie protests, would the US army require mandatory conscription during the Iraq and Afghan wars? These unanswerable counterfactuals display an element of spontaneity characteristic of political action, which status quo institutions fundamentally lack. This spontaneous political phenomenon that sparks revolutionary fervour and societal uproar is, therefore, a necessary check on institutional stagnation.