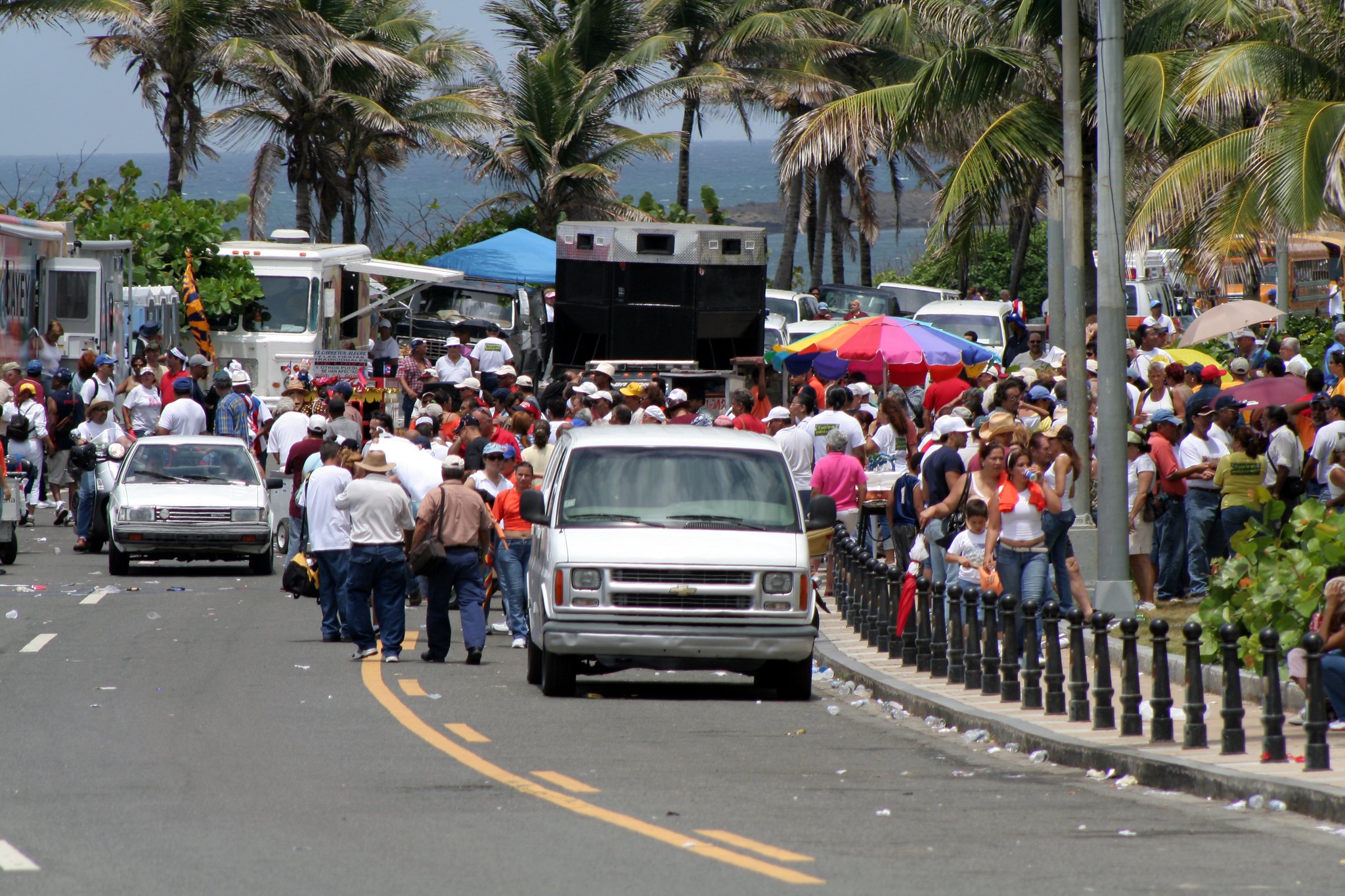 While much of the American mediasphere has been fixated on the Democratic primaries and the intense escalation of U.S. tensions with Iran over the last month, Puerto Rico has faced an unrelenting series of unfortunate events.

Since December 28th, 2019, more than 500 earthquakes registering magnitude 2.0 or higher have hit Puerto Rico and the surrounding region; on January 7th, a 6.4 quake plunged almost the entire island into blackout just as Hurricane Maria had two years earlier.

Most recently, on January 18th, food, diapers, baby formula and thousands of cases of water intended for Puerto Ricans riding out Hurricane Maria in 2017 were discovered in a warehouse in Ponce, PR. As a result, three leading officials, including the director of Puerto Rico’s emergency management agency, were fired.

Throughout these tumultuous last few weeks, nearly 5,000 Puerto Ricans have been rendered homeless. Many thousands have been sleeping in open-air shelters, fearful of returning to their homes until they have been deemed safe.

To make matters worse, President Trump has attached severe restrictions to billions of dollars in disaster relief for Puerto Rico. As a result, the Puerto Rican government must submit budget plans to its Financial Oversight and Management Board (FOMB) in order to gain access to emergency funds. These restrictions include blocking spending on Puerto Rico’s electrical grid and suspending the $15-an-hour minimum wage in place for federally funded disaster relief work.

While the severity of Puerto Rico’s current crisis can be partially attributed to spontaneous natural occurrences, it is clear that the impact of the most recent series of quakes has been amplified by long term mismanagement of the territory by local and federal authorities.

In 2017, Hurricane Maria revealed the deadly impact of long-term corruption and neglect. The storm exposed the fact that many buildings across the island were not up to code. Additionally, hundreds of thousands of families were left without power for months after the storm and many argue that thousands of deaths and injuries in the months after the storm could have been prevented had there been greater government assistance.

Government corruption bubbled to the surface of Puerto Rican politics when six people were arrested for allegedly diverting millions in federal funds to unqualified, well-connected contractors in July 2019. That same month, hundreds of pages of inappropriate, insensitive, and profane chat messages sent among Gov. Ricardo A. Rosselló and 11 men in his inner circle were leaked. The chats were offensive in and of themselves; however, they also indicated a suspiciously close relationship between Rosselló and former staff members who now represent special interests.

In response to the July scandals, hundreds of thousands of Puerto Ricans took to the streets in one of the largest protests ever seen on the island. The protestors called for Rosselló’s resignation and the dissolution of the unelected financial oversight board created by Congress for the island. In late July 2019, less than a month after the chat messages were leaked, Rosselló announced his resignation.

Now, the insufficient response of the government after recent earthquakes and the discovery of warehouses filled with hurricane supplies has renewed the frustration of the Puerto Rican people towards the corruption and inadequacy of their leaders. Less than six months since the Rosselló’s resignation, protestors are currently calling for the resignation of the newly appointed Gov. Wanda Vázquez.

It is important to note the damaging passivity of the American federal government in handling the needs of the Puerto Rican people. Since 2017, US agencies have provided only a fraction of the US$91 billion in aid Puerto Rico was estimated to have needed for an adequate recovery process.

Additionally, President Trump has not approved Puerto Rico’s request for a major disaster declaration, blocking the way for additional federal funding. Sadly, this neglect is characteristic of the treatment of Puerto Rico by the United States since the island became a commonwealth in 1952.

PR’s unique status as a territory is exemplified by the FOMB, known as “La Junta,” Congress created to handle Puerto Rico’s finances after it was rapidly approaching bankruptcy in 2016. The board’s role has largely been to implement austerity measures and dictate the Puerto Rican government’s spending.

The board’s decisions have led to layoffs, school closures, and university tuition hikes. Thus, while it is clear that Puerto Rico has deeply ingrained issues pertaining to corruption, La Junta’s most significant accomplishment has been to disempower Puerto Ricans and reflect the pervasive paternalistic presence of the US government.

As the dismal state of the economy and recent budget cuts have eliminated some basic public services, the government has resorted to hiring private companies to carry out health and emergency services among other things. According to Félix Córdova, a leading political analyst at the University of Puerto Rico, this privatization has introduced a profit motive, making conditions in Puerto Rico “ripe for corruption.”

Additionally, many Puerto Ricans view “La Junta” as a symbol of colonial control over Puerto Rico by the United States. After all, Puerto Ricans do not have the right to vote in US general elections, rendering them largely unable to strongly influence the actions of the very administration that has implemented the board.

Thus, a vicious cycle of mismanagement by Puerto Rican and federal officials alike has been made worse by unique vulnerabilities that the Puerto Rican people face as a political body trying to be heard. As a result, ordinary Puerto Ricans have been left to fend for themselves against natural disasters, paying a heavy price for their leaders’ inadequacies.