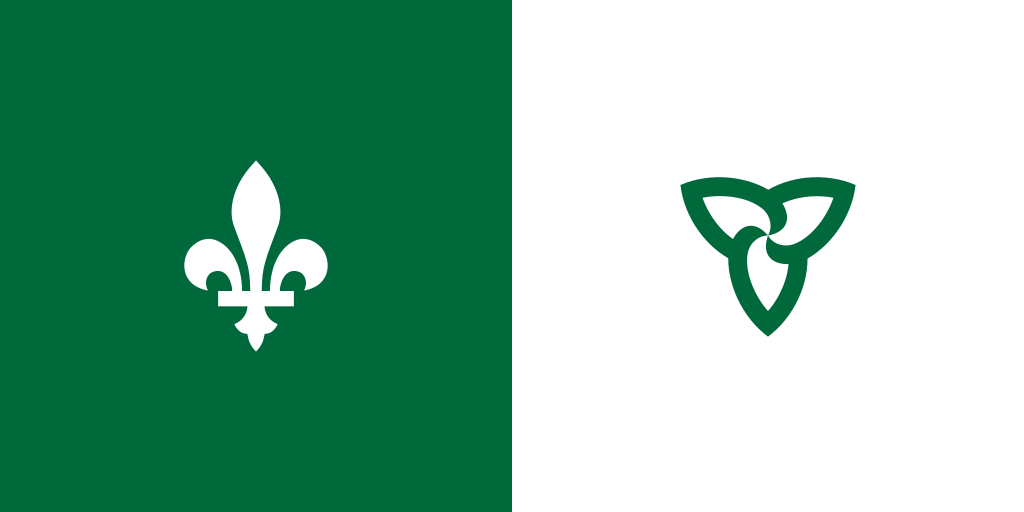 Franco-Ontarians celebrated the provincial and federal government’s announcement that they would jointly fund the province’s first-ever francophone university. The institution’s opening, which is set to take place in 2021, presents a particularly historic moment for the Franco-Ontarian community. They perceive this new milestone as an opportunity to gain a post-secondary education in their native language within their home province – a long time demand of the community.

Francophones have been living on Canadian soil since before confederation. While the highest proportion of French speakers live in Quebec, accounting for 6.8 million people,  the oft-forgotten statistic is that Ontario is also home to over 550,000 francophones who identify distinctly as Franco-Ontarians.

Franco-Ontarian communities are generally concentrated at the eastern Ontario-Quebec border. Some communities which were founded during the French colonial era also exist in southwestern Ontario. In more recent years, the availability of logging and mining jobs in the province’s north has attracted a large number of Franco-Ontarians to the region, including the town of Chelmsford which has a 60 per cent francophone population.

The saga of lingual relations in Canada has been marked with generations of hostility, with Francophones frequently finding themselves at the receiving end of discrimination. Franco-Ontarians perceive their struggle as two-fold: not only feeling discriminated against as outsiders in English-speaking Ontario, but also feeling marginalized by their Quebecois counterparts as well.

Francophone Quebecers have long had a dubious relationship with the Canadian state, seeking to separation on numerous occasions on the basis of linguistic and cultural differences with the rest of the country. Franco-Ontarians, meanwhile, do not share this history of separatist sympathies and take pride in being ‘Ontarian’.

Additionally, the Quebecois community has repeatedly fought against assimilation into Anglophone-Canadian culture, insisting that their Francophone identity is rooted in the prioritization of the use of French and the maintenance of cultural traditions. The perceived ‘invisibility’ of Franco-Ontarians within a majority Anglophone province has therefore been the subject of much controversy and disparaging remarks from their Quebec counterparts.

Franco-Ontarians vs. the Rest

Living in a majority Anglophone province has come with its own set of challenges for the minority French community. A primary struggle has been the fight for recognition as a minority group in Ontario.

For instance, in November 2018, Doug Ford’s Progressive Conservative government cut services for Francophone speakers as a result of budget constraints. Among the projects axed were the position of the Official Language Commissioner as well as the proposed Francophone university in Ontario.

The decisions garnered immediate backlash including days of actions and protests by Franco-Ontarians and those standing in solidarity. Supporters argued that the government’s plans violated Canada’s constitutional laws on the rights of linguistic minorities. Franco-Ontario PC MPP Amanda Simard even left the caucus in solidarity, sitting as an independent until January 2020 when she joined the Liberal caucus.

Franco-Ontarians have historically supported Liberal and NDP candidates at both federal and provincial levels, with the Conservative Party often seen as disconnected with the demands of francophones in Canada. Many believe that any hopes of the federal Conservative party earning Franco-Ontarian votes during the 2019 federal election were quashed by the Ford government’s decisions to slash French-language services.

The Significance of a French-Language University In Ontario

The establishment of such an institution is certainly significant. A Francophone university in Ontario will likely lead to less Franco-Ontarian students seeking post-secondary education outside of their home province to receive instruction in French. Additionally, with education being such a crucial pillar of language and culture, this is a huge step for a community that has lobbied to prevent assimilation into Anglophone Ontario culture for decades.

In addition to benefiting Franco-Ontarians themselves, the province will also reap rewards from the new university. Proposed programs at the university will train students to become specialized workers in fields currently in need of Francophone employees.

Does This Resolve the Issue?

While acknowledging the significance of this development for Franco-Ontarians, some are skeptical as to whether the university will tend to the needs of the community’s students.

For instance, MPP France Gélinas notes how locating the university in the heart of downtown Toronto makes it inaccessible to the majority of Franco-Ontarians who do not live near that region, in particular for northerners. Many believe that a more effective approach would have been to develop semi-autonomous Francophone campuses of the University of Ottawa in southern and northern Ontario.

If the Ford government had intended to gain the support of the Franco-Ontarian community through the establishment of this university, it is unclear whether it will be successful in doing so. Whether the achievement of finally gaining a Francophone university will mend the years of frustration that the Franco-Ontarian community has felt towards the rest of the province remains to be seen.

Image by the Government of Ontario via Wikimedia Commons.