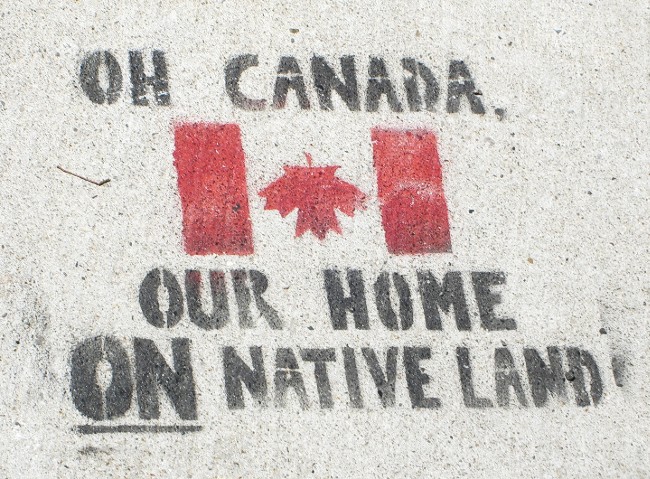 During a press conference on October 2nd,  Quebec Premier François Legault acknowledged that racism exists in Quebec, but stated that he does not believe the same can be said regarding systemic racism. The press conference was held in the wake of the death of Joyce Echaquan, an Atikamekw woman who was mocked and mistreated by nurses during her last hours in the Quebec hospital where she sought treatment.

In a world where systemic racism is ubiquitous, how can Legault believe that Quebec is the exception? Before delving into this question, it is crucial to establish a distinction between the terms at hand. Racism that is not systemic is a relatively clear cut phenomenon, manifesting in singular racist incidents. However, often enough, these incidents are not isolated, but are symbolic of the thinly veiled racism embedded within a society’s institutions. Systemic racism is a subtle phenomenon that often remains invisible to those who do not experience it. Today in Quebec, however, the discrepancy between the lifestyle of the average Indigenous Quebecer and that of the average Non-Indigenous Quebecer is among the clearest manifestations of systemic racism. Why, then, is the province’s Premier so insistent on denying its existence?

The Premier’s comments on systemic racism appear to reduce it to a matter of semantics. While he concedes that there are racist individuals in Quebec, he emphasizes that the people of Quebec are not a racist people. The tactfulness with which Premier Legault approaches the matter suggests that he fears alienating voters through the use of such a strong word. Perhaps the Premier is afraid that, when using the word “systemic” in order to characterize the racist behaviour of certain Quebecers, voters will believe he is claiming that all Quebecers are racist. That being said, in attempting to make his supporters feel comfortable, Premier Legault is failing the thousands of Indigenous Quebecers across the province to whom he is also Premier. While the Premier is also failing other communities of colour, anti-Indigenous racism has been present for hundreds of years and is the most entrenched within our institutions.

Not only has the bond of trust between the government and Indigenous Peoples been broken for several centuries now — after all, the province of Quebec was established from a colonial project that resulted in the theft of Indigenous land — but denying the systemic nature of racism prevents us from ever restoring that bond. The current government must therefore, first and foremost, recognize the existence of the problem in order to resolve it. Similar to a doctor treating a medical condition, misdiagnosis can stunt the healing progress and, in some cases, prevent the patient from ever recovering. Recognizing that one has made an incorrect diagnosis is the only way to begin the healing process.

One might wonder, if the Premier intends to address racism, why does it matter which term he uses to describe it? It matters because systemic racism cannot be addressed in the same fashion as one would address singular racist incidents. Ultimately, it is much less daunting to attempt to solve a problem on an individual level than it is on a systemic level. At present, the government is settling issues one at a time as they occur, rather than addressing the bigger picture. Dismantling systemic racism would require a profound yet subtle transformation at the societal, institutional, and cultural levels — one that would undo the mechanisms that invigorate the system in the first place. Indeed, anti-Indigenous oppression is the root of systemic racism in Quebec, and as such, the starting point for addressing the problem.

Canada has long been defined by its dichotomies of language, religion, and legal tradition. Within the context of the historical dichotomy between Anglophones and Francophones, Quebec’s case is an interesting one; the province is an example of how those who are marginalized within one context can simultaneously be those marginalizing within another. In other words, just as Francophones have had to fight to preserve the distinctive features of their culture in an Anglophone country, Indigenous Peoples in Quebec have been forced to do the same to prevent assimilation of their own culture in a majority white Francophone province. From the Indian Act to the current government’s failure to provide Indigenous communities with a healthcare system free of racism, the province of Quebec has a long history of discrimination. Even on those rare occasions when the province is confronted with undeniable evidence and admits to its faults, the measures put in place are often symbolic at best. For instance, the “consultations” and “recommendations” of Legault’s “action group” against racism, which has yet to take any concrete action, has left many Indigenous people frustrated.

When a part of the population is repeatedly marginalized by the healthcare system, the education system, and the legal system because of their race, systemic racism is indeed present. Who does the government believe to be helping by refusing to call this reality by its proper name? Premier Legault ought to acknowledge that, when denying the obvious, he is helping to perpetuate the problem. Such an approach rids the government of responsibility and, instead, places it on the shoulders of individuals and their good faith — an approach that is convenient for a government that does not want to act.

Featured image “Nationalism and Native Land” by Marcus Johnstone and obtained via Flickr Creative Commons under a CC BY-NC 2.0 license.