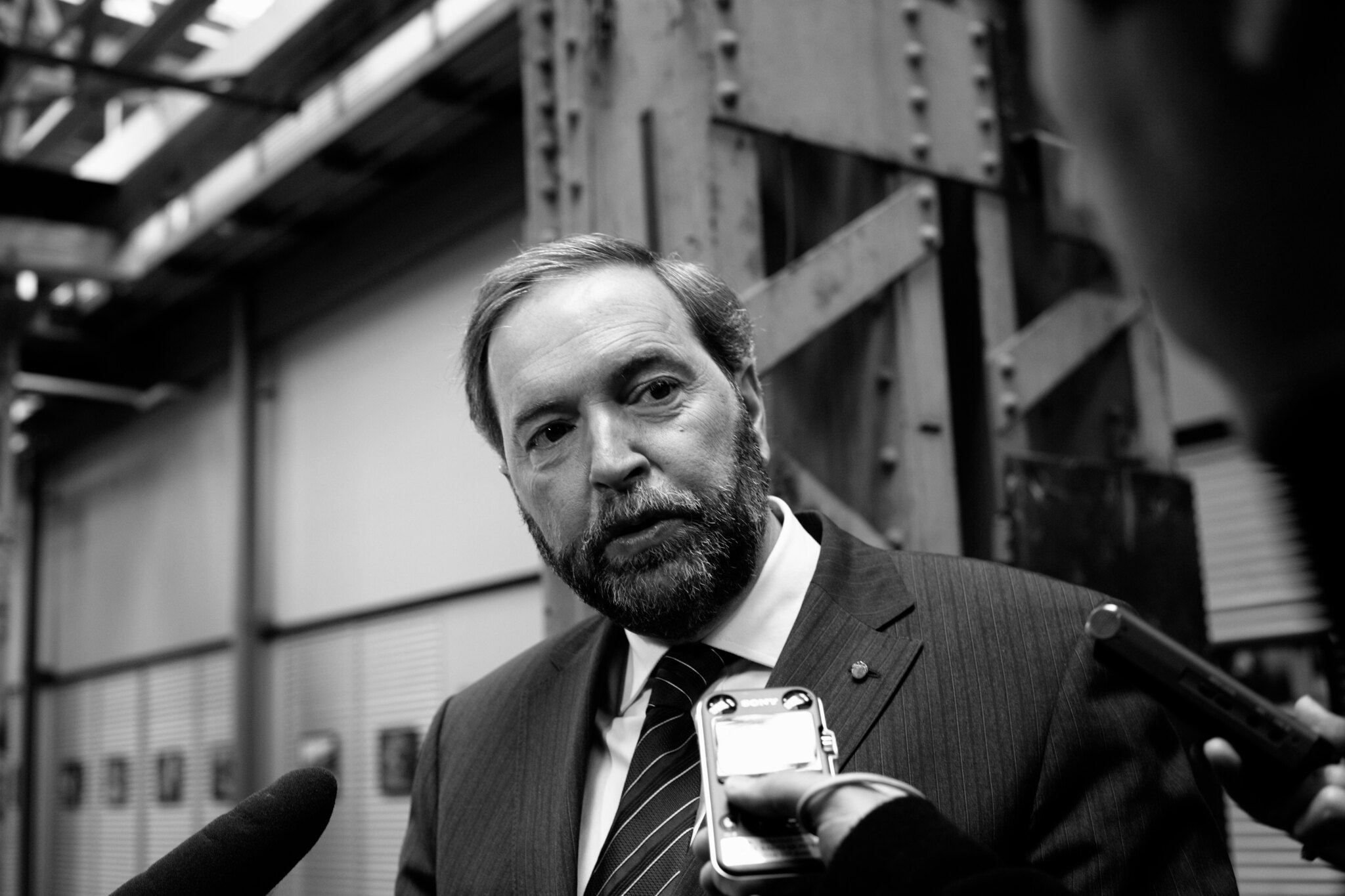 What accounts for this decrease in support for the NDP in Quebec? First of all, the party’s standing in the province began to rise as of January 25th 2003, when up-and-coming Toronto city councillor Jack Layton was named leader of the NDP. Layton gained recognition for his criticisms of then-Prime Minister Paul Martin; he often argued that the Liberal Party was more right-wing in practice than advertised. Layton’s most notable contribution, however, was to reorient the party’s focus on Quebec, which had historically been one of its weaker provinces. Several years on, the historic 2011 federal election catapulted the New Democratic Party into the role of Official Opposition. This phenomenon, otherwise known as the “Orange Wave”, was credited in large part to an outpour of votes from the province of Quebec. These votes came at the expense of the Liberal and Bloc Quebecois parties, who received their worst electoral results to date. After leading the party through the first month following the election, Layton took leave from his position in order to fight a newly diagnosed cancer. Jack Layton died on August 22nd 2011, leaving Canadians with the following words: “My friends, love is better than anger. Hope is better than fear. Optimism is better than despair. So let us be loving, hopeful and optimistic. And we’ll change the world.”

During the next federal election in 2015 (also known as the “Orange Crash”), the NDP, under new leader Thomas Mulcair, experienced significant losses. The election involved quite a few ups and downs for the three major parties. While all three were leading in the projections at some point or another, it seemed during the final month as though the election would result in yet another Conservative minority government. For many Canadians, the goal was not so much to elect a given party as it was to avoid another Harper government. Therefore, as often happens in a first-past-the-post (FPTP) electoral system, strategic voting came into effect, shifting the final result towards a Liberal majority government. In addition, the Bloc Quebecois, a regional party that benefits from the FPTP system due to its concentrated clusters of support, also experienced a resurgence of support in Quebec.

Several of the NDP’s policies also proved controversial. For instance, Mulcair pledged to balance the budget if elected prime minister; Canadians feared that such moderation would come at the expense of social spending, and decided to opt for the Liberal approach of short-term deficits instead. The drawn-out debate surrounding the niqab was another factor. While the Conservative government campaigned for banning the wearing of the niqab during citizenship ceremonies, Mulcair came out strongly against the ban; this stance was particularly disconcerting in Quebec, considering the province’s widespread anti-niqab sentiment. At the party’s convention in 2016, delegates voted to replace Mulcair, and following a leadership election, Jagmeet Singh was named leader of the NDP.

During the following federal election in 2019, the NDP’s presence in Quebec was almost entirely decimated. First, however, it is important to highlight the results of Quebec’s 2018 provincial election, which resulted in a Coalition Avenir Québec government. One of the CAQ’s most notable policies is Bill 21, the “Quebec ban on religious symbols.” This piece of legislation, meant to preserve the province’s secularism, prohibits public workers (including police officers, judges, and teachers) from wearing religious symbols. Jagmeet Singh, the leader of the NDP, is a turban-wearing Sikh. This proved problematic across the province, where Singh’s turban was viewed as contrary to one of the provincial government’s fundamental values. While the NDP was making progress on the representation of religious minorities by electing a Sikh leader, Quebec was simultaneously moving in the opposite direction, becoming less tolerant of religious expression.

With that said, it is important to note that Quebec has never been a consistent NDP power base. After all, during the 2008 federal election, there was only one NDP MP from the province, as is the case today. In a country where power has consistently shifted between the hands of the Liberals and the Conservatives, Quebecers temporarily supported the NDP because it represented a new viable option. Layton had made special appeals to Quebec voters in ways that Mulcair and Singh had not, demonstrating the importance of a party’s leader in determining how voters respond to said party. Quebecers’ dissatisfaction with the Liberals and Conservatives, combined with Layton’s focus on their interests, produced unprecedented NDP successes in the province. However, dissatisfaction is transient, party leaders change, and Canadian voters have a natural inclination to return to that with which they are familiar.

Photo obtained by Matt Jiggins and obtained via Flickr under a CC BY 2.0 license.