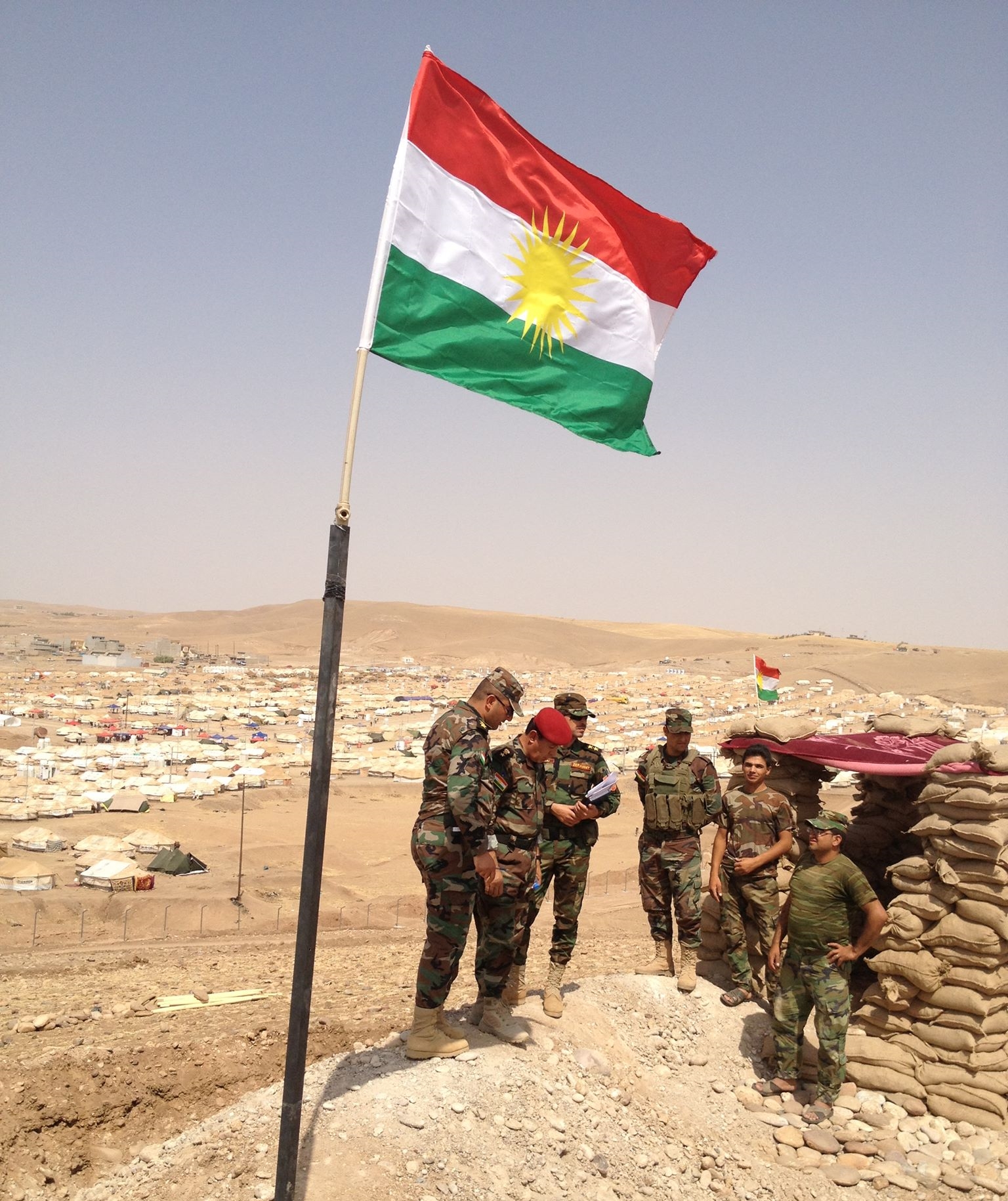 Kurdistan’s continuous pursuit of legitimacy reached its climax on September 25th when a referendum to obtain independence from Iraq was held. The popular will of seceding from Iraq was demonstrated by the more than 92% of Kurds who voted “yes” for independence. Despite the vehement opposition of the Iraqi government to the referendum, it was held and produced a result leading Kurdistan toward the direction of a unilateral declaration of independence. Nonetheless, the Iraqi government’s perception of the Kurdistan Regional Government (KRG) as illegitimate is supported by key international actors such as Iran and the United States. This position has endured and intensified in the aftermath of the referendum. While the Iraqi government and most of the international community do not consent to the establishment of an independent Kurdish state, Iraq has never included the Kurds in the Iraqi state. Mahir A. Aziz explains that “none of the various regimes and governments that ruled Iraq (…), succeeded in assimilating the Kurds into the state of Iraq”[1]. The pursuit of self-determination can therefore be understood as justified.

The victory of the referendum caused deterioration of the KRG rather than an immediate victory for independence, complicating the liberation of the region from the central government. The Iraqi government responded militarily to the Kurdish expression of self-determination, undermining both national and regional stability. Supported by the Iranian and the American governments, Iraqi forces engaged in military action to recover cities held by the Kurds. Kirkuk, a city rich in oil and natural gas resources, was forcibly taken by the Iraqi government on October 16. This city is one of the main and most important sources of wealth for Kurdistan. The taking of Kirkuk has deprived the KRG of a key source of revenue and an area of territorial control, considerably weakening the Kurdish government. Depriving Kurdistan from revenues and resources and triggering divisions within the KRG, the battle of Kirkuk contributes to a possible downfall of Kurdistan. In fact, the Kurdish retreat in Kirkuk demonstrates weakness and a loss of credibility, as “Iraqi forces were able to take Kirkuk in a single day and with little fight, (…) partly because the Kurds themselves were divided”. The deep divisions among the Kurds, especially between the Kurdistan Democratic Party (KDP) and the Patriotic Union of Kurdistan (PUK), likely contributed to their failure during the Iraqi attack. The legitimacy of the Kurds is hindered by their inability to retain their territories and resources, damaging their prospects of achieving independence. The actions of Iraqi government also threatens the possibility of constructive dialogue being exchange between the two parties.

These events exposed Kurdistan’s lack of credibility and triggered the resignation of Massoud Barzani, the President of Iraqi Kurdistan. Barzani, despite previously extending his term after the retreat of ISIS, decided not to renew it in the face of the defeat at Kirkuk and the attacks perpetrated by the Iraqi government. Barzani had unconstitutionally extended his term of presidency in 2013 when he had “served his two terms, the maximum currently allowed”. This action demonstrates Kurdish desire for democratic legitimacy. By resigning from a democratically-illegitimate extension of his term of presidency, Barzani reveals the willingness of Kurdistan to function according to the principles of democratic institutions and popular elections. Barzani explained that “the presidential law of the region should not be amended nor should the term of the presidency be extended”, acknowledging the desire to construct a democratic state.

The prospects of governance in Kurdistan must now be seriously re-considered. The governing institutions of Iraqi Kurdistan have been damaged, creating a possible power vacuum and the degradation of administrative powers, as Barzani left “the Kurds with no credible successor”. The pressing question at hand is how the Kurdish state will manage to maintain existing institutions. In the future, they will also have to consider how to create new ones which meet the needs for strong governance. While the resignation of Barzani does not imply his resignation from Kurdish politics, “Barzani is saying [he] doesn’t want the presidency to exist anymore, and to create a new constitutional arrangement in a few days”. The Barzani family’s prominence in Kurdish politics will likely contribute to the reconstruction position that Barzani took concerning the formation of power in Kurdistan. Nonetheless, no concrete plans have been established and publicly announced, leaving the Kurdish and international community uncertain as to what will happen in the coming months. The governance and stability of Kurdistan face challenges for the future. Furthermore, predominant concerns for the region in the aftermath of the referendum remain and threaten to intensify. The most significant concerns for the Kurds include the cut-off of resources and main revenue, the risk of an evident power vacuum, and the divisions between the major Kurdish parties.

Since no concrete plan for governmental reconsolidation exists, observers can only speculate what the future of Kurdish governance will look like. For success in the future, the unification of the two main parties (the KDP and PUK) must be prioritized. A union between the two parties would accelerate the process of legitimation and recognition. Furthermore, this union is necessary to recover important territories and sources of revenue, such as the city of Kirkuk. If unified, the Kurdistan Regional Government will likely be more credible and effective in the fight against ISIS. The future governance of Kurdistan has an interest in collectively fighting ISIS with the Iraqi and Middle Eastern forces in order to gain regional stability and more possibilities for independence. Most of the international community opposes the independence of Kurdistan partially because of the instability of the Middle East due to Islamic State. In fact, “outside powers see the poll as destabilising Iraq and neighbouring countries at the very moment when Isis and its self-declared caliphate are being defeated”. Thus, unifying the different forces is crucial  in order to advance toward a concrete possibility of independence with  plausible recognition and support from  the international community.

Ultimately, particular attention should be given to Iraqi Kurdistan in the following days and months, as it continues to struggle to establish sovereignty. The impending decisions taken by the Kurdish government will determine the institutional stability of Kurdistan, and by extension, the future possibility of legitimacy and affirmation.