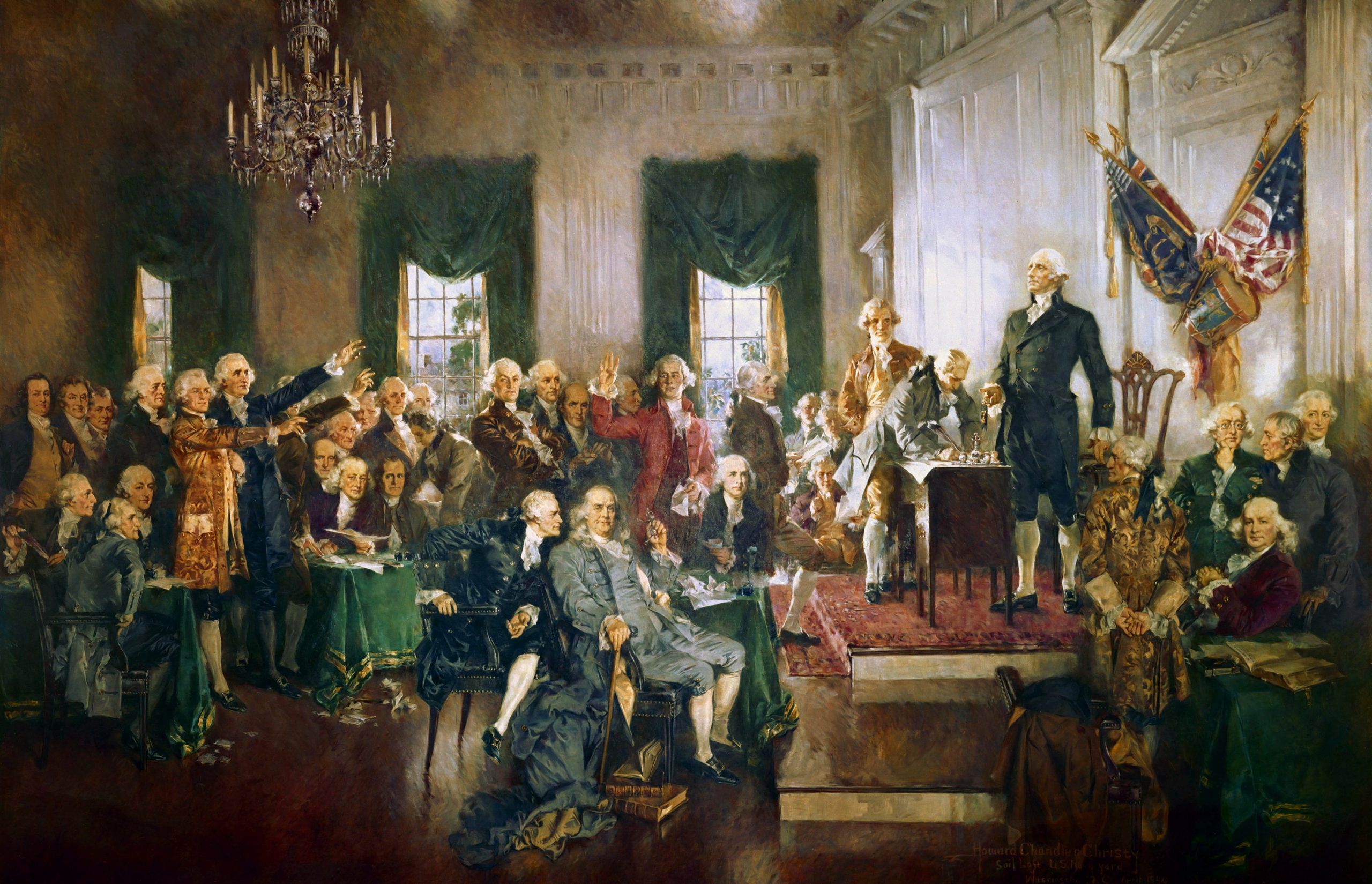 In 1965, US President Lyndon B. Johnson addressed Congress on the Civil Rights Movement, implying that it was an extension of the Founding Fathers’ promise in the Declaration of Independence: “All men are created equal.” Americans often regard the Founders as pioneers of equality and rhetorically connect their movements to the Founder’s ‘promises’, but this claim is contestable. The Founders did not guarantee much of what Americans consider ‘fundamental’ to democracy. These innovations were the product of later Americans’ efforts; in acknowledging this notion, Americans should see the need for greater popular control over the Constitution.

Though indeed, the original Constitution made references to equality, it did not enforce substantive equality in the exercise of political or social rights. As the historian Howard Zinn demonstrated, the Constitution did not prevent the restriction of rights based on race, gender, or property. Nor did it establish free speech, the separation of church and state, or the advancement of a new political or socioeconomic class. Since only wealthy white men attended the Constitutional Convention, these shortcomings are the product of the forces that wrote it. Enslaved persons, indentured servants, women, men without property, and racialized groups were excluded from participation.

The Founding Fathers were not benevolent and disinterested political theorists; rather, they were the representatives of elite interests, and they selectively emphasized certain rights to consolidate power. George Washington, who exploited slave labour for wealth, forced mutineers—who revolted against him—to execute one another as ‘an example.’ Alexander Hamilton also forcibly put down popular revolts to finance his economic ambitions; in his own words, Hamilton’s objective was to “Give therefore to the first class a distinct permanent share in government.” The Constitution’s ratification was ultimately pushed through by a coalition of the wealthiest elites, landowners, and relatively well-off craftsmen.

In light of this problematic origin, Americans have spent centuries redefining their nation’s values. Over the course of their lifetimes, they have determined what rights they believe they have and what the government can and cannot do regarding those rights. [1] Americans have then shared those beliefs with others, and over time, American society’s values change. [2] L.B.J. accredited his efforts to the Founders’ values, but it may be more suitable to say that he was adopting a new definition of equality produced by the civil rights movement.

However, Americans have fought to redefine these values without robust control over their constitution. [3] For an amendment—a formal addition to the Constitution—to be proposed, the House and the Senate must both vote to pass the amendment with a two-thirds majority; then, it must be ratified by three fourths of state legislatures. Since the election of members into these chambers distorts the weight of individual votes, and since many state chambers must ratify the amendment, this process does not give all Americans an equal say in the constitution. Though calling a constitutional convention may similarly allow members to amend the Constitution, legislators have yet to use this strategy. Therefore, the amendment process frustrates efforts at constitutional re-negotiation and is only partially responsive to the people. [4]

Similarly, the judicial review process—wherein judges are allowed to reinterpret the Constitution and render laws invalid—may also deny rights holders an equal say in determining the scope of those rights. [5] [6] Proponents of judicial review argue that judges are better placed to protect minority rights when they are insulated from popular opinion. However, those who claim that judges arrive at ‘better’ conclusions about rights ignore the understanding that what it means for a decision to be ‘correct’ should be decided democratically. [7] Furthermore, judges do not inherently protect the disenfranchised; in the 1857 case of Dred Scott v. Sanford, a handful of judges wrote the decision that forbid democratically-produced legislation from restricting slavery. [8] Judges are subject to biases and may base their decisions about the substantive contents of rights on their own values; moreover, the elite nature of selection means that judges will not always seek to protect members of repressed minorities. Finally, as Professor of law and philosopher Jeremy Waldron argues, many of those who claim that judicial review opposes majority ‘tyranny’ presuppose that ‘tyranny’ is easily identifiable when there are legitimate disagreements on the matter. He goes on to state that these problems raise the question of whether constitutional conflict is best mediated by the many or by the few, and democracy demands that the people have a greater voice than they do now.

A combination of legislative action and popular referendums would uphold the democratic value of giving all people an equal say in government by rendering the Constitution more accountable to the popular will. Indeed, the people’s ability to expand and protect their rights is evident in history; contestation by the people over what is ‘right’ has repeatedly brought about more progressive ideas. [9]

The danger of majoritarian tyranny can be mitigated by requiring a supermajority to pass amendments in a popular referendum. In doing so, this system would enhance minorities’ power by requiring a greater consensus from the people. Moreover, a more easily changeable constitution means mistakes can be undone as rapidly as they are made.

Some may believe that the American populace cannot be trusted with their constitution and that decision-making power should be confined to a handful of qualified individuals or deferred to the Founders’ intentions. However, Americans have spent generations redefining the values of equality from the bottom up, and in doing so, have gone far beyond the Founders’ limited vision. In light of their struggle, it seems undemocratic and perhaps unethical for Americans to be bound to a constitution that they have little power to change.

Featured image obtained via Wikimedia Commons as part of the public domain.