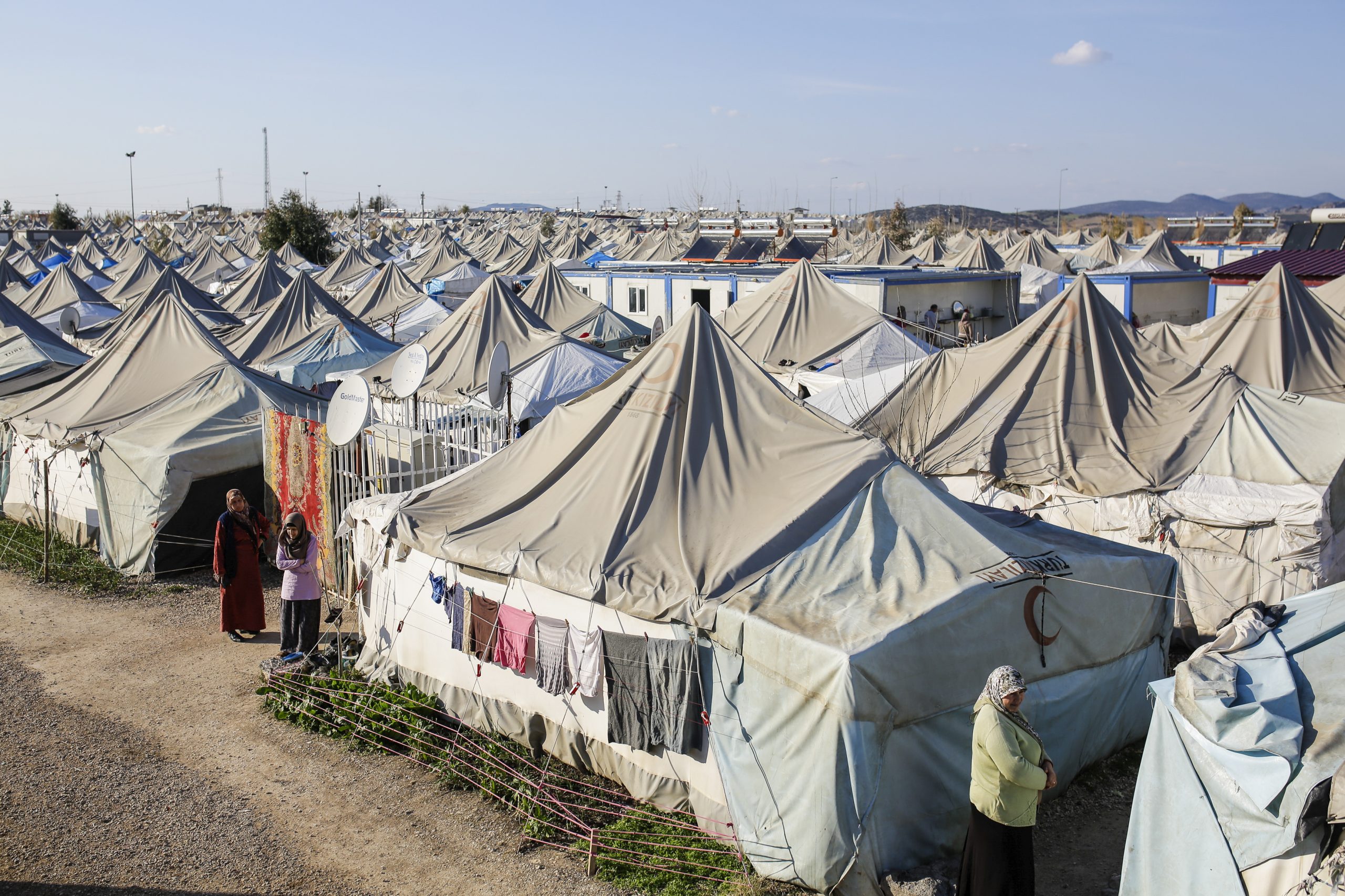 Earlier this month, Russia and Turkey agreed to a ceasefire in the Syrian province of Idlib. Situated in northwestern Syria, the province borders Turkey and is the last rebel-held region in the country, where forces remain in opposition to the brutal authoritarian regime of President Bashar al-Assad.

The current situation begs the question: what’s next for those who have been displaced? Failure to secure a long-term peace deal threatens to worsen the current refugee crisis, the severity of which Russia has repeatedly attempted to downplay, despite the UN referring to it as a “humanitarian catastrophe.”

Many of those who have fled their homes are not technically refugees and are instead referred to as internally displaced persons (IDP), as they remain on the Syrian side of the Turkish border. Some have returned to the area as the ceasefire seems to be holding, but only to retrieve what they can of their belongings, as most do not trust that peace will persist. Their struggles are exacerbated by Turkey’s refusal to allow any more refugees to join the nearly 4 million it already hosts, with one notable exception after a video went viral on Twitter last month. People all over the world were captivated and horrified as they watched toddler Salwa Mohammad, aged 3, laughing at the sound of explosives with her father, as he attempted to spare his daughter from the trauma of life in a war zone. A Turkish representative later reached out to the family, allowing them to cross the border to go live with relatives in Turkey.

Unfortunately, many of those who call the province of Idlib home remain in perilous situations, despite the current ceasefire. An additional complication is that nearly half of Idlib’s population of 3 million are not native to the province, and were already experiencing internal displacement from other regions in Syria when the latest wave of violence started.

Turkey has also stopped registering Syrian asylum seekers since 2018 and has instead deported many new arrivals back to Syria, according to Human Rights Watch. In the context of peace negotiations, both Presidents Erdoğan and Putin have recently stated their intentions to aid in the return of displaced civilians, as the recent fighting has resulted in a massive wave of displacement. Nearly 1 million people have been forced to flee their homes since the start of Assad’s current Russian-backed offensive in Idlib this past December, and their status remains in limbo as the ceasefire continues.

The current joint Russian-Turkish agreement comes in the aftermath of a particularly deadly Syrian government offensive, backed by Russia, which took place in February and killed 36 Turkish soldiers. The episode was a boiling point in Turkish-Russian hostilities, and while the UN urged the two states to enter into diplomatic negotiations, observers feared escalation.

Ultimately, the incident prompted Erdoğan and Putin to negotiate the ceasefire deal, which came into effect in the early hours of 6 March. In the days following its implementation, both the Syrian Observatory for Human Rights and Turkey’s Minister of Defence reported that the agreement was being respected, and the region was experiencing a rare state of relative calm. However, among displaced Syrians, there is very little trust that the ceasefire will result in lasting peace.

While this is not the first ceasefire that Syrians have experienced since the onset of the civil war, its significance should not be overlooked, as Turkish and Russian interests have consistently been in stark opposition to each other in the region. Russia has provided Assad with troops, weapons, and invaluable diplomatic support at the United Nations – securing its continued access to a strategic port and airbase on the Mediterranean coast.

Meanwhile, Turkey has denounced the Assad regime since the start of civil unrest during the Arab Spring and has instead chosen to back opposition fighters. Turkey’s interests in Idlib also lie in preventing ethnic Kurds in Syria from claiming any Turkish territory in post-war agreements, as this could encourage Kurds within Turkey itself to also seek independence. Turkey has also been accused of trying to remove Kurds from the border region, in order to relocate Syrian refugees there.

While the state of calm in Idlib seems to be holding, for now, this is further complicated by the fact the region remains rebel-controlled, with the city of Balyoun on the frontlines of advances by Assad’s government forces. In addition, the true fragility of the current ceasefire has been made evident by President Erdoğan’s threat that Turkish forces “will respond much more heavily” in the face of even a minor violation on Russia’s part.

Although joint Russian-Turkish patrols of a major highway have been operating successfully since 15 March, if the current precarious state of peace falters, even more people could be forced to flee and those already displaced may find their prospects for return even more elusive than before.