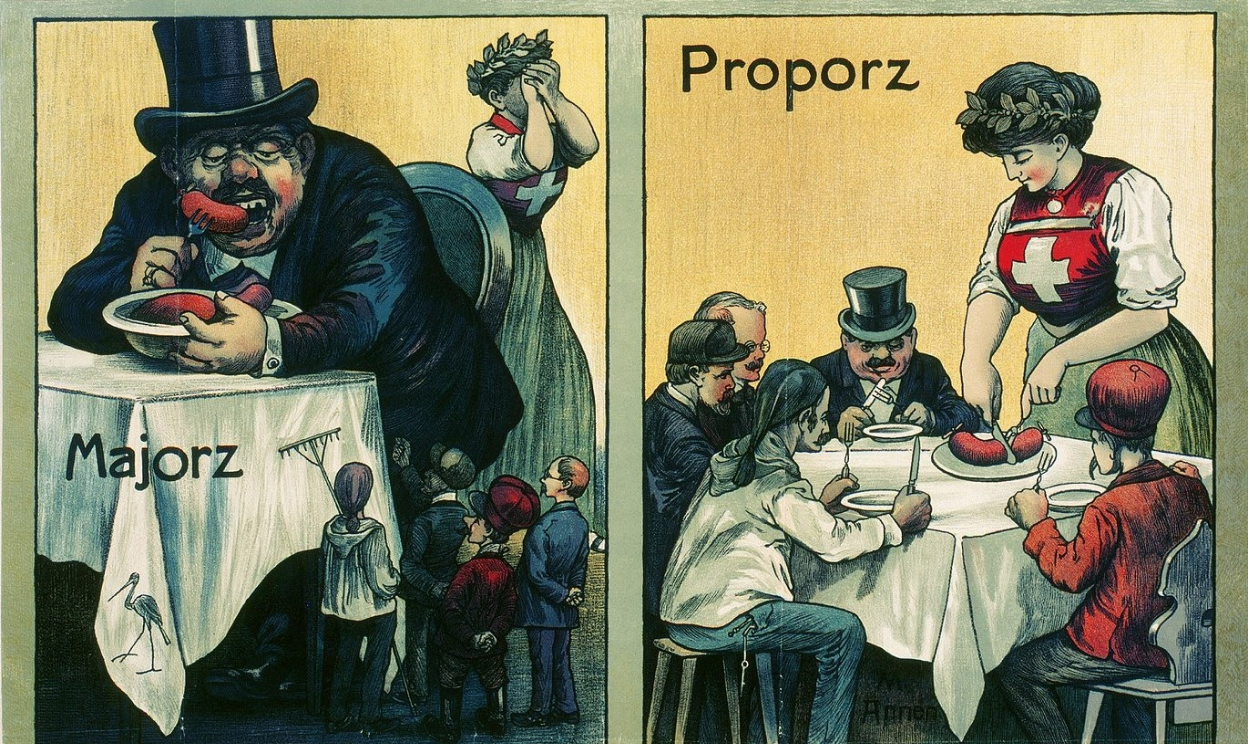 Though proponents of republican democracy often assert that every citizen has the full right to participate in free and fair elections, this notion translates poorly in many western republics. [1] To expose the degree to which these republics may be failing to uphold their enshrined ideals requires an understanding of the democratic-republican conceptions of freedom; those being: freedom as non-domination and freedom as equal political rights.

These conceptions of freedom inform republicanism’s fundamental value that the legislature must represent the people’s will. [2] The synergy between the people’s will and the representative body’s will is what legitimizes government action. [3] For that synergy to be ensured in practice, each component of freedom must be satisfied: first, the republican conception of freedom as non-domination requires that each voter can select between their choices without the reasonable fear that any will foreign to their own shall be imposed on them; second, democratic freedom requires that each citizen has the right to an equal vote. [4] [5] Without these two freedoms, government action is not an extension of the people’s will. Ensuring legitimacy requires a few additional criteria beyond the two basic freedoms. When exercising their freedoms, voters must be able to do so equally effectively, their influence must be unconditional, and their influence must be designed. [6] By maximizing these three criteria, the two basic freedoms are assured, and the republic’s legitimacy is maximized in turn.

Electoral practices are of great consequence to legitimacy since they affect the method of representing the people’s will. [7] [8] Accordingly, electoral systems can tamper with the legitimate reflection of the people’s will by imposing incentives to vote in specific ways. A common outcome of single-member district, first-past-the-post voting systems — which allocate each district one membership in the legislature and select said member based on whoever receives a plurality of votes — is that two parties will consolidate support in any specific election. Since members elected in first-past-the-post systems need a plurality of votes to win, those who prefer a candidate who is not from the two most popular parties are discouraged from voting for them. Voting for a less popular party may risk enabling the candidate they least prefer to be elected.

Conversely, those whose preferences align with the major parties can fulfill their political desires without the structurally-imposed punishment inflicted on third parties. Since a first-past-the-post voting system distorts individuals’ voting behaviour, one’s ability to influence the government in a designed way is conditioned on which party they support and which district they live in.

The result of this inequality is an incongruence between the people’s expressed will and the legislature’s will, as was seen in, for example, the 2019 Canadian federal election. The Liberal party received just thirty-three per cent of the vote, yet they won control of forty-six per cent of the House of Commons. The cost of this is that parties such as the NDP saw their vote share of nearly sixteen per cent translate into just seven per cent of seats. An even worse case is in the US, where in the 2018 election, third parties won nearly two per cent of the vote but won no seats. This discrepancy may not appear large; however, it is important to keep in mind that many people might want to vote for third parties but doubt their votes’ impact. First-past-the-post systems do not guarantee an equally effective vote, and thus compromise the republican goal of meaningfully reflecting the people’s will. [9] Since ineffective representation contributes to rendering the people incapable of reliably controlling government authority, these electoral systems risk stripping future voters of their freedom from domination altogether.

A possible alternative to first-past-the-post is proportional representation, a voting system that proportions the seats given to parties based on the percentage of the vote received. Proportional representation in a ‘pure’ form satisfies the three criteria for measuring freedom in elections: First, each vote counts equally towards a party’s legislative portion; meaning that votes in one district do not matter more than votes in another. Second, each party is treated equally by the system; thus, voter influence is not conditioned on which party they support or which district they live in. Lastly, voters in a proportional system know their vote will actually translate into power for a specific party, meaning their influence is designed. By eliminating the structurally-imposed punishments on voting for less popular parties, such a system would arguably produce a far greater alignment of wills between the people and the legislature.

Special thanks to Professor Geoff Sigalet, Ph.D., for advising me in my research.

[3] Philip Pettit, On the People’s Terms: A Republican Theory and Model of Democracy (The Seeley Lectures. Cambridge: Cambridge University Press, 2012), 130-86.

[4] Philip Pettit, On the People’s Terms: A Republican Theory and Model of Democracy (The Seeley Lectures. Cambridge: Cambridge University Press, 2012), 26-74.

[6] Philip Pettit, On the People’s Terms: A Republican Theory and Model of Democracy (The Seeley Lectures. Cambridge: Cambridge University Press, 2012), 130-86.

[9] Philip Pettit, On the People’s Terms: A Republican Theory and Model of Democracy (The Seeley Lectures. Cambridge: Cambridge University Press, 2012), 153-7.

Featured image obtained via Wikimedia Commons. The image was cropped to remove captions.