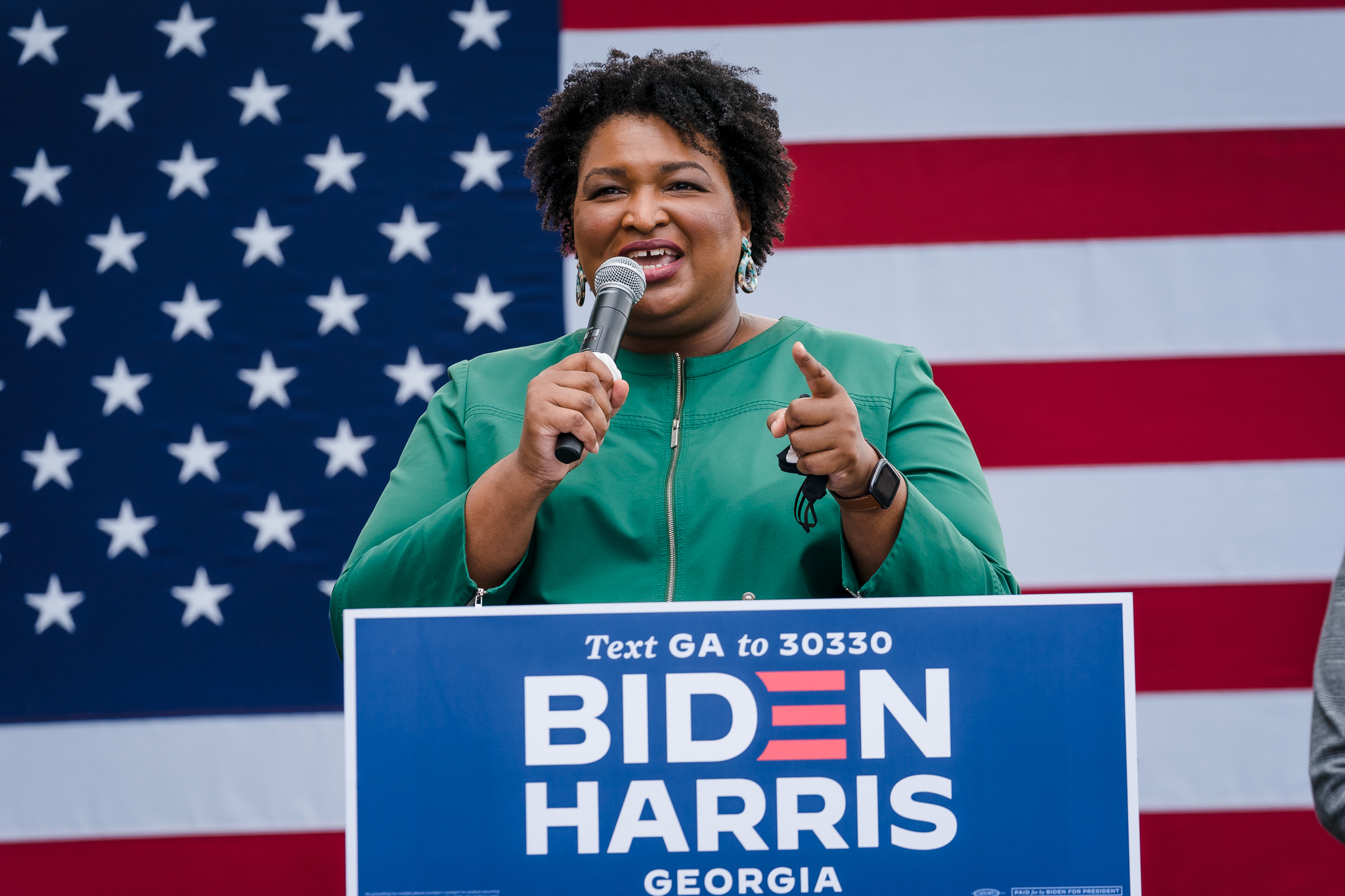 On the morning of November 7, news networks in the United States declared Joe Biden the winner of the American presidential election. Voters across the country waited four days for Biden’s victory, watching the mail-in ballots be counted and the distribution of votes in several states slowly turn in Biden’s favor. In Biden’s victory, he flipped traditionally red states such as Arizona and Georgia. At the time of writing, Biden has received 10,000 more votes in Georgia than President Donald Trump. The success of Democrats in winning Arizona and Georgia, as well as the swing states of Michigan, Wisconsin, and Pennsylvania, can be attributed to the Black electorate and the work of local, grassroots organizations in registering Black voters.

In the United States, Black voters make up 11 percent of the electorate, with about nine in ten voting for Biden in the 2020 election. The latter figure is similar to Black voters’ support for Hillary Clinton in 2016, but in 2020, Black voter turnout was much higher. The 2020 election was also different from 2016 for several reasons, including the COVID-19 pandemic, the growth of the Black Lives Matter movement, and the experience of living with the Trump administration for four years. However, a large part of the growth in Black voters and their increased turnout can be attributed to the efforts of local politicians and activists in registering and mobilizing people to vote.

One such person is Stacey Abrams. Abrams ran for governor of Georgia in 2018, after serving 11 years in the Georgia House of Representatives. She lost the race by about 55,000 votes but refused to concede, claiming that her opponent, Brian Kemp had engaged in voter suppression. However, instead of running for office again, Abrams decided to fight against voter suppression in Georgia. She founded the organization Fair Fight Action, which aims to drive up voter registration in her home state of Georgia.

Abrams established a clear plan to both register voters and sustain their support for the Democratic Party. Her aim was to reveal to Americans that Georgia was no longer a red state, but a battleground one instead. Abrams wanted to carry her momentum from Georgia’s 2018 midterms into the 2020 election, with the goal of turning Georgia blue. She employed a variety of strategies to achieve this goal, including research on voters of color so that they can be included properly in electoral campaigns; communicating candidates’ values and platforms to voters; and investing heavily in local, state, and federal races. Abrams also built an organizational infrastructure in Georgia through creating teams of people to encourage people to vote, building up the campaign’s security and technology, and establishing a voter protection operation.

Ultimately, Abrams appears to have been initially successful in achieving her goal. Fair Fight is estimated to have registered over 800,000 people to vote in Georgia since 2018. 45 percent of these new voters registered are under the age of 30, and 49 percent of them are people of colour. This is significant, as, in Georgia, 90 percent of young Black voters voted for Biden, compared to only eight percent who voted for Trump. Atlanta also had a significant influence in turning Georgia blue, as more than half of Biden’s votes in Georgia came from the Atlanta metro region. The importance of cities echoed across the country, as Black voters in other urban centers such as Detroit, Milwaukee, and Philadelphia were crucial in turning their states blue. In Philadelphia, for example, 93 percent of people voted for Biden in wards where over 75 per cent of the population is Black.

Fair Fight is not the only Black-led organization involved in registering voters and advocating against voter suppression. Another example is Black Voters Matter (BVM), co-founded by Cliff Albright and LaTosha Brown. The organization works to expand voter registration and turnout, while also educating voters about their power. BVM advocates for policies such as early voting, fewer voter ID laws, and the enforcement of the Voting Rights Act of 1965. It operates in 15 states, including typically red states such as Alabama, as well as swing states like Florida and Pennsylvania.

The efforts of Abrams, Brown, and other local organizations were successful, as the 2020 election saw high Black voter turnout rates in both battleground states like Georgia and safe blue states like California. In this historic election — the pandemic, the highest number of votes for a presidential candidate in American history, and the election of Kamala Harris as the first woman, African American, and Asian American Vice President are key factors in giving the election this designation — Black people played a crucial role in determining its outcome. As Reverend Steve Bland Jr. said in an interview, Black people have “gone from picking cotton to picking presidents.”

Despite Abrams’s apparent success for the Democratic Party in the presidential election, her battle in Georgia is far from over. On January 5, 2021, Georgia will have runoff elections for both of its Senate seats. The winners of these elections will not just determine the trajectory of Georgia’s electorate, but also which party has the majority in the Senate. A Senate majority is important for US political parties, as the party that controls the Senate also has control over presidential appointments, including judicial ones, as well as the passage of bills before they can become law. If both Democratic candidates win their races for Senate, the Senate will be split 50-50, with vice president-elect Harris as the deciding vote. Nonetheless, the efforts of Abrams, Brown, Albright, and countless others should be celebrated for their significant impact in registering voters and creating a sustainable infrastructure that can be used for future elections.

Featured image by Kevin Lowert and obtained via Creative Commons under a CC BY-SA 2.0 license.