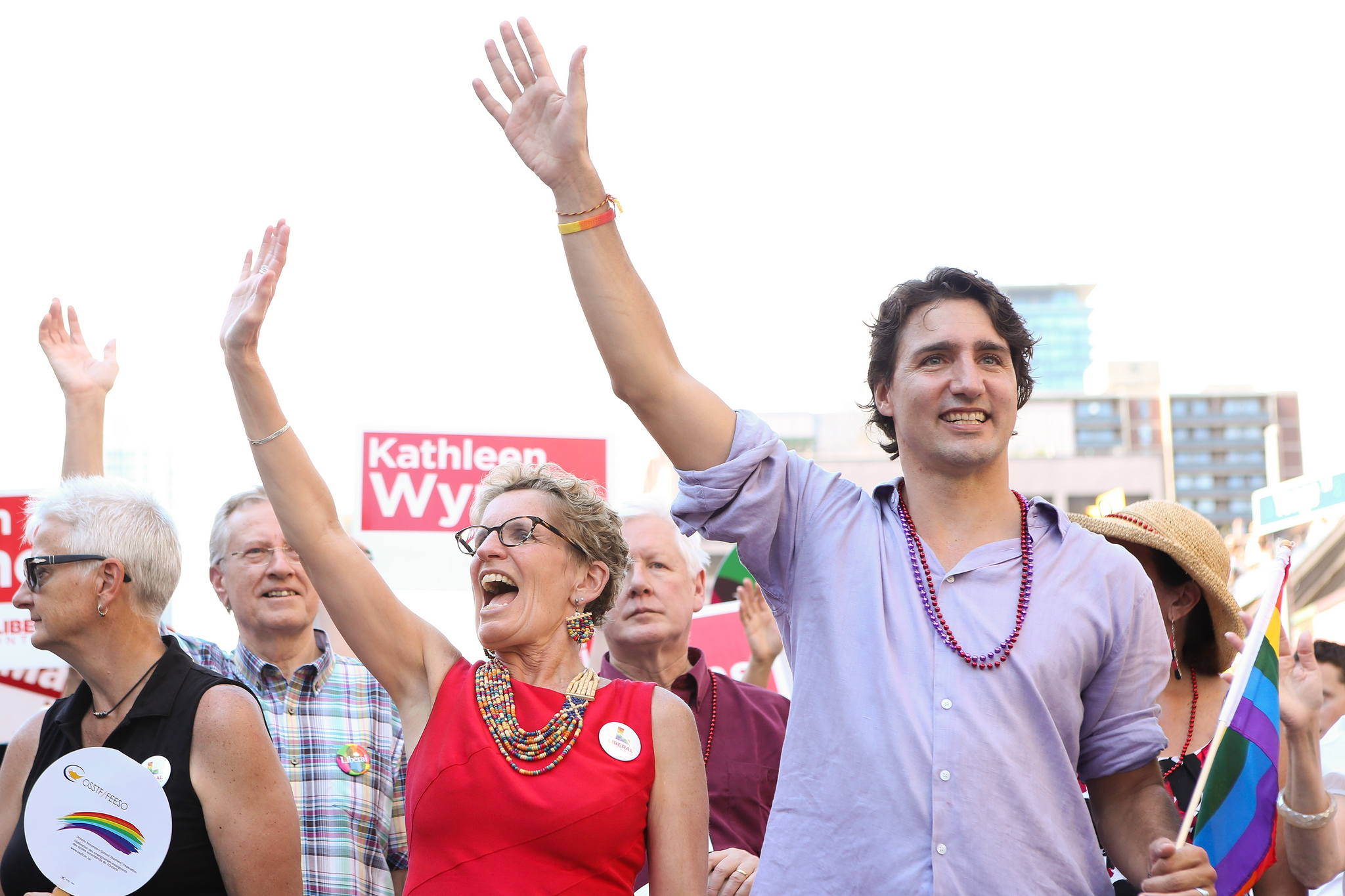 On June 7th, voters in Canada’s largest province sent a clear message: fifteen years of Liberal reign ends here. The historic reduction of the Ontario Liberals from majority government to unofficial party with a mere 7 seats was not surprising, with Liberal premier Kathleen Wynne consistently polling as the least popular premier in the country for the last two years. Despite the tossup between Doug Ford’s Progressive Conservatives and Andrea Horwath’s New Democratic Party, one thing was clear from the beginning: the Liberals were going down.

With Ontario holding the most federal seats and being a historically strong base for both provincial and federal Liberals, it initially appears as though Wynne’s loss might steepen Trudeau’s uphill battle to re-election in 2019. On the contrary, the fall of the provincial Liberals presents an important opportunity for the federal Grits. Trudeau should be celebrating the defeat of his provincial counterpart for two reasons: Ontarians will recover from their Liberal fatigue in time for 2019; and Canadians have a tendency to vote for different governments provincially and federally.

As highlighted by Kathleen Wynne’s last-ditch attempt at saving her party from a complete shutout by conceding the premiership and distancing her name from the Liberals, much of the anger towards the provincial Liberals is in fact anger towards the leader. Despite Wynne’s personal approval ratings reaching as low as 12 percent, the majority of Ontarians were generally satisfied with the policies implemented by her government. Approval ratings among Liberals provide the biggest insight: an unusually high 34 percent of typical Liberal voters disapproved of Wynne’s performance as leader 6 months before the election, highlighting a problem with the leader and not the party.

Much of this dissatisfaction comes from Wynne’s failure to deliver on her 2014 promises to distance the Liberal party from mismanagement and cronyism. She branded herself as capable of bringing change to the province, even with the re-election of the Liberals, but ultimately her “freshness resolved over time.” Coupled with this perceived betrayal of change in favour for more of the same, Wynne’s lack of charisma did little to pull the party up by the bootstraps. Despite her personal shortcomings, her biggest hamartia was out of her control. Wynne became leader at a time when the decade-long Liberal reign was becoming stale.

Ultimately, the dramatic defeat of the provincial Liberals is not reflective of dissatisfaction with progressive policies. Instead, it signals fatigue with a 15-year old government and an underwhelming leader. The heavy popular support of the New Democrats – whose platform was nearly identical to the Liberals’ – highlights this perfectly. By the time the 2019 election rolls around, Ontarians will have endured over a year of Progressive Conservative rule – more than long enough to recover from Liberal fatigue and come out in full support for the still-fresh federal Liberals under a charismatic Trudeau.

The Political Pendulum of Canadian Voters

Beyond the specific circumstances of the Ontario election, general patterns of Canadian voting behaviour are also on Trudeau’s side. The Canadian electorate is unique in its tendency to elect opposing governments at the provincial and federal levels.[1]

The separation between federal and provincial levels was evident throughout the Ontario election campaign. Justin Trudeau chose not to campaign for his provincial counterpart. Despite Kathleen Wynne actively supporting Trudeau in his 2015 campaign, he opted to distance himself from what he likely saw as a doomed re-election effort. Conversely, Conservative leader Andrew Scheer and NDP leader Jagmeet Singh chose to campaign for Doug Ford and Andrea Horwath, respectively.

Both the Ontario NDP and Progressive Conservatives forwarded competitive campaigns that positively contributed to the image of the overall party. As such, federal leaders supporting their provincial counterparts created a symbiotic relationship. These diverging choices highlight the extent to which different wings of parties choose to support one another based on mutual benefit rather than obligation.

Furthermore, Canadians have notably weak partisanship, with over 20% of the electorate identifying with different parties at the federal and provincial levels.[2] The weak partisanship of Canadians means that those disillusioned from the Liberal party are likely to bounce back by 2019, and the tendency of Canadians to alternate their vote between elections anticipates considerable Ontarian momentum for Trudeau in the upcoming election. If reality mirrors theory, Trudeau will be asking for Ontarians’ votes right as the Conservative-Liberal pendulum swings his way.

The Ontario Liberals’ defeat is a painful loss for the provincial party, but a big win for the federal Grits. When it comes to the federal Liberals versus their provincial counterpart, the June 7th election was a Wynne-lose situation.