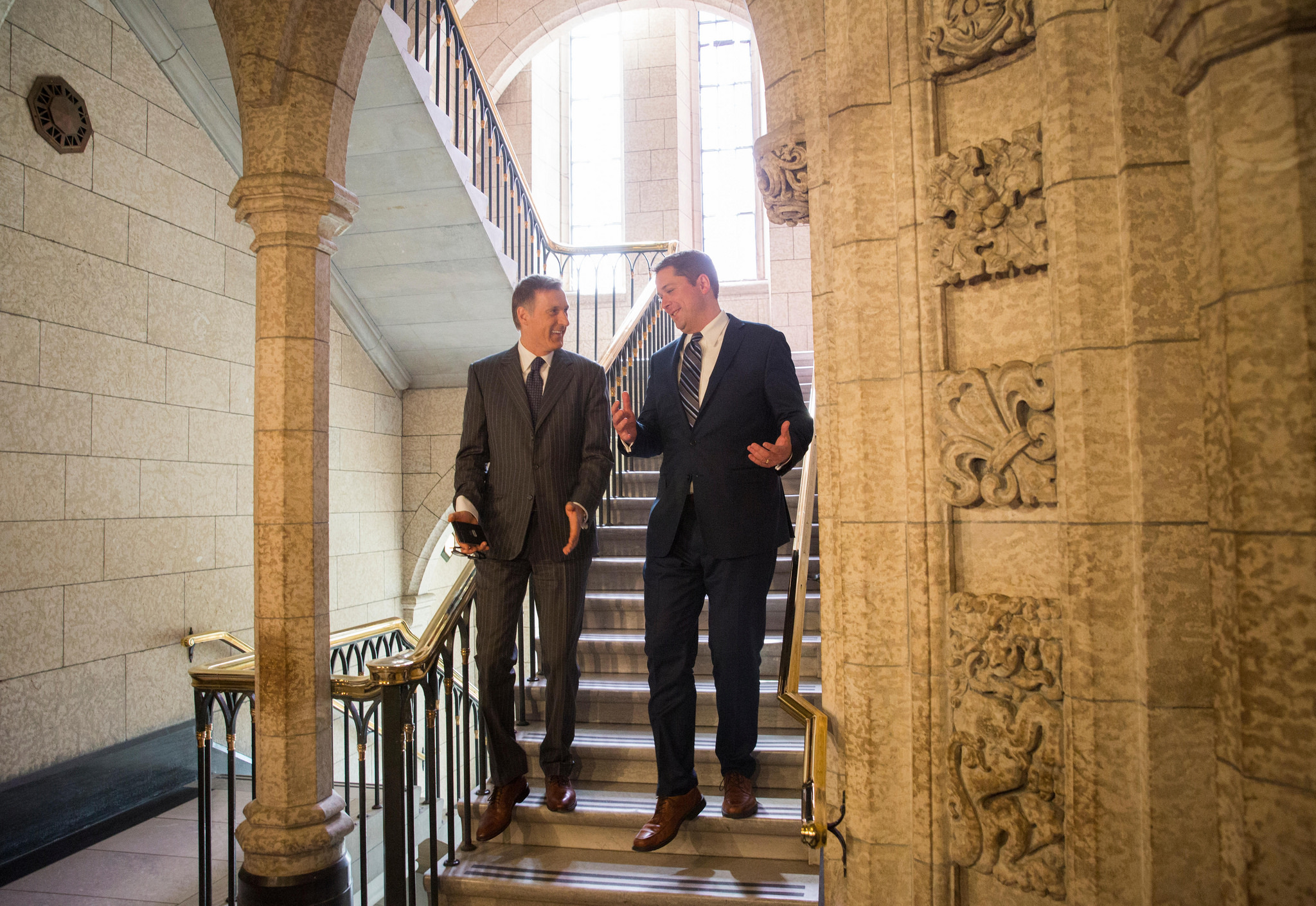 As delegates assembled in Halifax for the last Conservative convention before the 2019 federal election, controversial MP Maxime Bernier added theatrics to the weekend’s agenda by announcing his departure from the Conservative party. The outspoken MP narrowly lost to Andrew Scheer in last year’s Conservative leadership race, and has since been vocal in his distaste for the party’s handling of several key files, including supply management, immigration and trade.

Bernier called the Conservative party “too intellectually and morally corrupt to be reformed” as he announced plans to register and lead a new party with candidates in every riding across the country. He also accused some former Conservative colleagues of backing party positions they secretly disagree with, but Conservative MPs were quick to affirm their loyalty to the party and to Scheer. Several prominent conservative politicians also critiqued Bernier’s choice, including former Conservative Prime Minister Stephen Harper, current Ontario Premier Doug Ford, and Alberta Opposition Leader Jason Kenney.

While many Conservatives did their best to brush Bernier’s departure off as nothing to worry about, others (including Scheer himself) stressed that a potential divide in the Conservative party could hand the 2019 election to Trudeau. In reality, Bernier’s departure means neither nothing nor everything. It will, however, have an effect on both main federal parties as they prepare for next year’s election.

Though there may be some truth to Bernier’s accusation that “many in the caucus privately oppose supply management,” it is unlikely that many MPs will follow Bernier’s lead and quit the party. Bernier publicly critiqued Scheer prior to his removal from cabinet and ultimate departure from caucus, but other MPs did not follow in distancing themselves from the party. The vast majority of Conservative MPs are thus unlikely to suddenly abandon a party with increasingly promising election prospects for one that is currently little more than an idea.

While Bernier does not appear well-positioned to steal MPs from the Conservatives, he may be more threatening in his capacity to attract voters. In the midst of Bernier’s storm of controversial tweets, many riding association presidents felt that the MP still had widespread support at the grassroots level. Further highlighting the Bernier effect, 8 of the 9 members of the Conservative Party riding association in Bernier’s constituency quit after his announcement, explaining that their support has “always been there more for Maxime than for the party.” Bernier’s real threat to Scheer will thus come not from his rapport with other MPs, but from his support among grassroots conservatives.

It has yet to be seen how Scheer’s support will rise or fall following Bernier’s departure. If Bernier does steal a margin of Conservative voters, it could split the right-wing vote in some ridings and facilitate Trudeau’s re-election efforts. Due to the complexity of starting a new party, especially with limited support from other politicians, it seems unlikely that Bernier would be able to fill many of Canada’s 338 ridings with viable candidates, or have the finances for a large national campaign. Even if his candidates are unable to win, however, they may be able to pull enough votes to split the right and cost the Conservatives a win. The Liberals would be unwise to count on this, however, as a lot can change in the year remaining before the 2019 election. Bernier’s efforts at building a party could fizzle, or conservatives could rally even more strongly around Scheer in the spirit of strategic voting.

Bernier’s move to quit the Conservative party may not have been a shock to keen followers of Canadian politics. However, the effects should neither be overestimated nor understated. On the Conservatives’ part, Scheer’s handling of the fallout will be his first true test as a leader of the party and as potential leader of the country. The Liberals must avoid the deadly sin of over-confidence, and remember that they must continue to work to earn voters’ support for 2019. Ultimately, the ramifications of the Bernier decision will unfold with time.

Feature image is in the public domain, published online by Andrew Scheer, via Flickr Creative Commons.