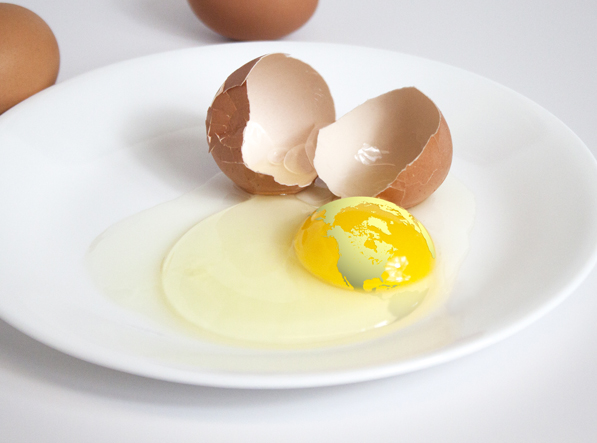 At times, aspects of the law can appear contradicting. While laws require the consent of the people, they also constrain them in ways that they would not prefer from an individual perspective. Although political philosopher Jean-Jacques Rousseau first identified this problem in his work, The Social Contract, this notion developed into what is colloquially called, “the paradox of politics.” Similar to the question, “which came first: the chicken or the egg?” the paradox of politics extends this question of foundation to “which came first: good people or good laws?” [i] In this case, the people are described as inherently “good”, not by virtue of their good character, but rather, due to the importance of their consent in legitimizing the law. Since the government was established to protect the people, the laws put in place should prioritize their interests. On the other hand, the assumption that individuals have the capacity and will to act in communal interest is worth challenging. In other words, one might also argue that good laws are necessary in order to shape the behavior of citizens. As such, good laws would precede good people. Accordingly, the assumption follows that highly-qualified policy-makers would be better situated to create laws that serve the collective interest rather than simply reflecting the people’s collective will. In other words, good laws, created by experienced technocrats, precede good people.

Considering the paradox of politics brings to light the complicated relationship between the people, the authority, and the law. Moreover, it begs the question: does ideal political authority hold the people’s interests as primary, or the quality of its laws as primary instead?

Such a debate can be compared to the emerging conflict between ideologies of populism and technocracy, which are often seen as reactions to each other. Though it carries a wide range of connotations, populism generally entails distrust in the elite, and a desire for the public to take political control. Generally, this strategy seeks to mobilize voters by appealing to a “silent majority” of citizens who have been excluded from the political process. Due to this lack of representation of the citizens’ interests, populist leaders will also often make claims of corruption in both the electoral process and the parties in power. At least from an ideological perspective, populism coincides with support for direct democracy, a form of democracy in which citizens participate directly in making laws, as opposed to electing representatives to fulfill these roles. As direct democracy considers the involvement of citizens as necessary to justify authority, this view would suggest that good people, rather than good laws, came first. After all, it is the people’s consent that determines the legitimacy of the law.

In contrast, technocratic approaches advocate for highly-specialized individuals to have political power. Due to these individuals’ higher level of education and experience, the assumption is that these leaders would use a more rational approach than their populist counterparts. This rational approach, it is argued, would create better outcomes for citizens. Undesired constraints, such as laws opposed by the people, are necessary to preserve individuals’ well-being overall. Thus, by implying that well-informed laws can shape productive behaviour, the technocratic argument suggests that good laws come first. This approach coincides with what is best known as an elite theory, which advocates for a small subgroup of specialized individuals to have political leadership.

Political theorists have approached this topic in different ways. Advocating for more direct leadership in her book, Participation and Democratic Theory, Carole Pateman criticizes previous theories that ignore that civilians have a capacity to solve collective action problems if they are properly engaged in society. [ii] Thus, this capacity demonstrates citizens’ qualification to engage in political leadership without high levels of expertise in the field. However, elite theorist John Higley, disagrees, stating that, on the condition that elites are both inclusive and share value for the same sets of principles, elites can be effective in providing stability to liberal democracies. [iii]

Indeed, in light of their policy-specific experience, it is plausible that technocrats could make a more effective policy. These individuals are likely to possess qualifications such as knowledge of previous successful policy models, norms of acceptable proceedings in the global community, or the general dynamics of government. Without this knowledge, citizens attempting to construct laws lack foresight and may commit errors that technocrats would not. However, a government that is led by elites exclusively also poses a risk in that these leaders will likely make decisions without the public’s interest in mind. By attaching strict conditions to the effectiveness of elite power, Higley’s conclusion suggests that these representatives’ decisions may not always reflect the platforms on which they were elected. Instead, they may perpetuate their own position of privilege in society. Thus, arguments such as Pateman’s should also be considered: citizens’ participation in decision-making better ensures that the laws put in place will not exploit them.

In light of these arguments, it appears that neither the technocrat nor the populist is superior – instead, is important for the people and the law to reinforce each other.

It is imperative that individuals who are subject to laws must also consent to them. Given this importance of consent, it is necessary to elect representatives that can be trusted to make decisions that are to everyone’s reasonable advantage, instead of funneling resources to benefit a particular group. Nevertheless, laws can act as beneficial constraints on citizens and can enforce behavior that is more conducive to the overall well-being of the population that could perhaps not be achieved by laws based on collective interest alone. In short, by imposing limits on behaviour, each person is allowed a similar level of freedom without infringing on that of another.

The benefits of these two approaches can be combined to become mutually-reinforcing if adopted in a moderate way. Challenged by regular elections, technocrats can be checked effectively by the people in ensuring that their decisions will, to a certain extent, reflect the collective interest. If this power is effectively checked, technocrats could, in theory, be justified in overriding the people’s interests at times to create laws that are more likely to be favorable. In addition, this pattern would be further strengthened over time. As individuals would consent to these favourable laws, they would be more likely to understand why they are followed. Thus, if the law better served individuals’ interests, they would also work to fortify these policies in return. [iv] As such, populism and technocracy can work together. By incorporating both participation and expertise, decision-makers could serve the public interest while enacting policy based on knowledge rather than collective desire.