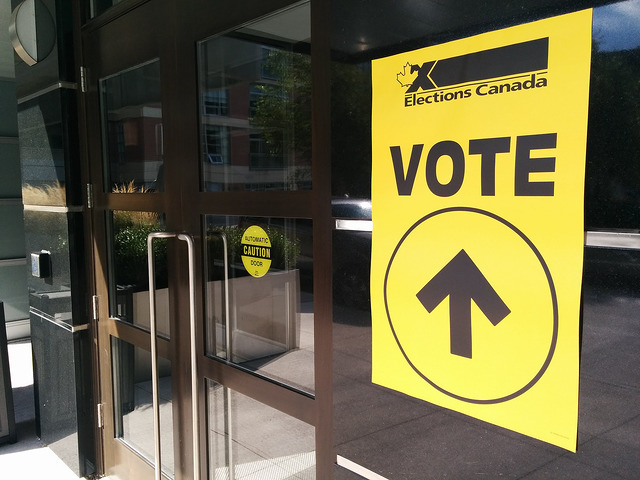 In exactly one month, Canadians will head to the polls for the 43rd federal election. Justin Trudeau’s Liberals are fighting for re-election against Andrew Scheer’s Conservatives, currently in opposition. Also hoping to make gains are the New Democratic Party, under the leadership of Jagmeet Singh, Elizabeth May’s Green Party, and the Bloc Québecois under leader Yves-François Blanchet.

As we head into the final stretch before the election, MJPS has rounded up some of the most important election-shaping events of the last month, along with a preview of what to expect in federal politics over the next month until October 21.

On September 11th, 2019, Justin Trudeau asked the governor general to officially launch the 43rd election campaign. With the election set for October 21st, this yields a total campaign period of 41 days. Parties can now spend up to $28 million until the election, an increase from the $2 million they were permitted to spend in the pre-election period that lasted from June 30th until the writ drop.

The first debate of the election season was held the day after the writ drop, on September 12th. The debate, hosted by Maclean’s and CityTV, was attended by the Andrew Scheer, Jagmeet Singh, and Elizabeth May. Liberal leader and Prime Minister Justin Trudeau was the only invited leader who chose not to attend the debate, instead spending his evening at a rally in Edmonton.

As opposed to in 2015 when Trudeau made attending debates a key part of his campaign strategy, laying low and focusing efforts in specific regions appears to be the approach of choice this time around. Given that the election is likely to be decided in a few key battleground ridings, this might not be a bad strategy for the Liberals. That said, some voters may perceive his absence as indicative of a shift away from the approachable, one-of-us persona that lifted Trudeau to power in 2015.

The official Leaders’ Debates Commission, headed by former Governor General David Johnston, has reversed its original decision not to invite Peoples’ Party of Canada leader Maxime Bernier to the televised debates to be held throughout October. Following an appeal from Bernier and a review of the earlier decision, the commission determined that Bernier meets the criteria necessary to attend the debates.

Reactions to this decision were varied, with Singh and Scheer criticizing it, May calling it “fair,” and the Liberals deferring to Johnston’s decisionmaking. Bernier’s addition brings the total number of debating leaders to six, which will result in less time for the frontrunners to debate. Bernier is also known for his more extreme right-wing views, particularly on immigration, which may stir the pot and heat up the overall atmosphere of the debate.

Several parties have struggled with candidates’ ugly pasts being revealed on social media, sometimes resulting in heavy debates over whether such candidates should step down or continue as candidates following an apology. The Liberals released several old posts of opposition candidates, especially causing grief for the Conservative party.

On September 18th, however, the tables turned and blew up for the Liberals. The American news magazine TIME released a 2001 image of Trudeau in brownface at an “Arabian Nights” themed party. This launched the campaign landscape into chaos, with an apology from Trudeau, responses from opposition party leaders, two more reports of Trudeau in blackface or brownface, and a second apology from Trudeau all following within 24 hours of the initial media report.

It’s too early to tell how the brownface and blackface images will impact voting intentions. Nonetheless, there are several analytical points to be made about the potential impact of this scandal. One immediate impact is the shift in Liberal strategy that this revelation demands. Until now, the Liberal strategy has largely relied on using opposition research to expose opponents and convince voters that other parties, especially the Conservatives, are filled with bad people.

In tandem, this scandal creates a much-needed opening for the New Democratic Party (NDP). The NDP has largely been ignored thus far in the campaign, and is projected to lose most of its seats. Following the initial brownface reveal, Canadian media turned to NDP leader Jagmeet Singh for comment. Singh delivered a powerful response and had his comments shared broadly across news media and social media. By turning some attention toward the NDP, it’s possible that Trudeau’s indiscretions will benefit Singh’s party.

That said, it’s highly possible that the brownface revelation will have little impact on seat count, especially given the apparent lack of attention to the subject in Quebec, a region where Trudeau must retain seats in order to win a majority government. Even if popular support for the Liberals declines, the impact will need to be concentrated in specific ridings in order to severely affect the Liberal seat count.

Although several debates have been organized by various media and research groups, only two official debates are being held by the newly created Leadership Debates Commission. The English-language debate will be held on October 7th and the French debate will be on October 10th. Given that they are within two weeks of the election, these will be important moments for the leaders to make their appeals to voters. It’s likely that much of the conversation will be made up of attacks from other parties on the Liberals, and Trudeau’s rebuttals.

In exactly one month, Canadians will have a new set of 338 Members of Parliament. As of now, it looks that the election will be a tight race right up until the very last day. There are four potential outcomes to the election, all with approximately equivalent probabilities of occurring. The Liberals and Conservatives are each capable of winning either a majority or a minority government.

With over four weeks remaining until election day, a lot can still happen. MJPS will keep you updated with political analysis and opinion at every turn of the campaign.