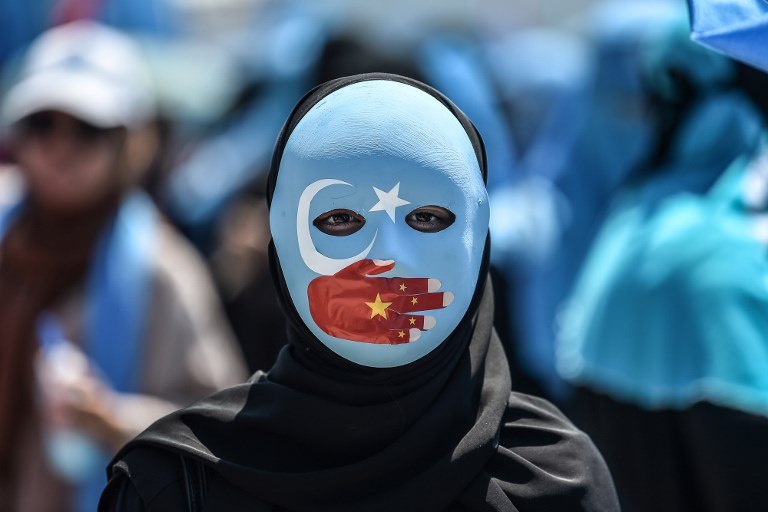 It is estimated that at least one million Uighurs and other Muslims in the Xinjiang region, their native land, have been detained and placed in so-called “re-education” camps by Chinese authorities. Those persecuted are subject to coercive indoctrination, in which detainees are brainwashed into abandoning their Islamic faith. For years, activists urged the International Criminal Court (ICC) to investigate China’s persecution of ethnic minorities and hold the communist state accountable. They have accused the government of “cultural genocide”, carrying out a campaign of torture, forced sterilization, and mass surveillance.

In 2018, Beijing pivoted from denying the existence of these camps and turned to calling them “vocational education and training centers” in an effort to justify their existence. Today, the Uighurs are living in one of the most heavy-handed surveillance regimes, in which they live in constant fear of arbitrary detention.

The Congressional-Executive Commission on China (CECC), a human rights agency, said the Chinese government has engaged in “crimes against humanity”, and that a possible genocide is occurring. The agency’s Democratic Representative, Jim McGovern, has urged Congress and the Trump Administration to hold Beijing accountable. With US-China relations already combative, it will be interesting to see what position incoming President Joe Biden will advance.

In a recent effort to hold China accountable, the United States has imposed a region-wide ban on cotton and tomato products coming from the Xinjiang region after evidence surfaced that they are made from forced labor from the detainees. The ban was implemented on the Xinjiang Production and Construction Corps (XPCC) which supplies as much as 20% of the world’s supply of cotton. The US Department of Homeland Security (DHS) said it would not tolerate forced labor of any kind, and estimates that this will effect on $9 billion worth of cotton products and $10 million of tomatoes.

The Uighurs are a Muslim Turkic ethnicity situated in Xinjiang, where they number roughly 11 million. The group tried to declare independence in the early 20th century but fell under communist rule in 1949. Although Xinjiang is designated as an autonomous region within China, the province has little to no autonomy from the state.

Beijing’s hostility towards the Uighurs originates from the regions separatist ideology. Xinjiang is an important economic zone and is vital to Xi Jinping’s Belt and Road Initiative – a global infrastructure development that will connect China with the rest of the world.

The extensive and brutal crackdown by Chinese authorities took unprecedented heights shortly after the September 11th attacks in America. Beijing took an opportunistic position, claiming they were also a victim of global Islamic terrorism. In 2014, a group of Uighur carried out a terrorist attack, killing 43 people. This was one of the many attacks that fuelled hostility between the Chinese government and the Uighur community.

Uighurs in exile have provided testimonies of the harsh treatment suffered by individuals detained in these camps. Gulbahar Haitiwaji, a survivor of the Chinese “re-education” camps, provided a testimony of what she experienced during her two years inside. She says the imprisoned were ordered to deny who they were and abandon their faith. Detainees were banned from praying, speaking Arabic and forced to eat non-Halal meals. Survivors are left in disarray, frightened to practice their faith. Many individuals restrain from denouncing the government out of fears of re-installation into these camps.

Why have countries failed to hold China accountable?

Despite the recent efforts from the CECC, the deafening silence of the international community has prolonged the human suffering of Uighurs in China. In December of 2020, the International Criminal Court (ICC) decided not to pursue an investigation into China’s detention of Uighurs in Xinjiang. The prosecutor’s office claimed that there was insufficient evidence to show that Chinese authorities had committed crimes over which they had jurisdiction. Its chief prosecutor, Fatou Bensouda, noted China is not a party to the court’s founding treaty, and therefore it cannot launch an investigation.

The ICC’s decision to not investigate China’s crime against humanity has come as a major setback in the quest to hold China accountable. The CECC’s cotton and tomato ban are not sufficient to hold China responsible for violating human rights. What the Uighurs are suffering is cultural genocide, and a coordinated response by the international community is necessary to put an end to China’s heinous persecution of the Muslim minority.

Featured image by Ozan Kose and obtained via AFP under a CC BY-SA 2.0 license.