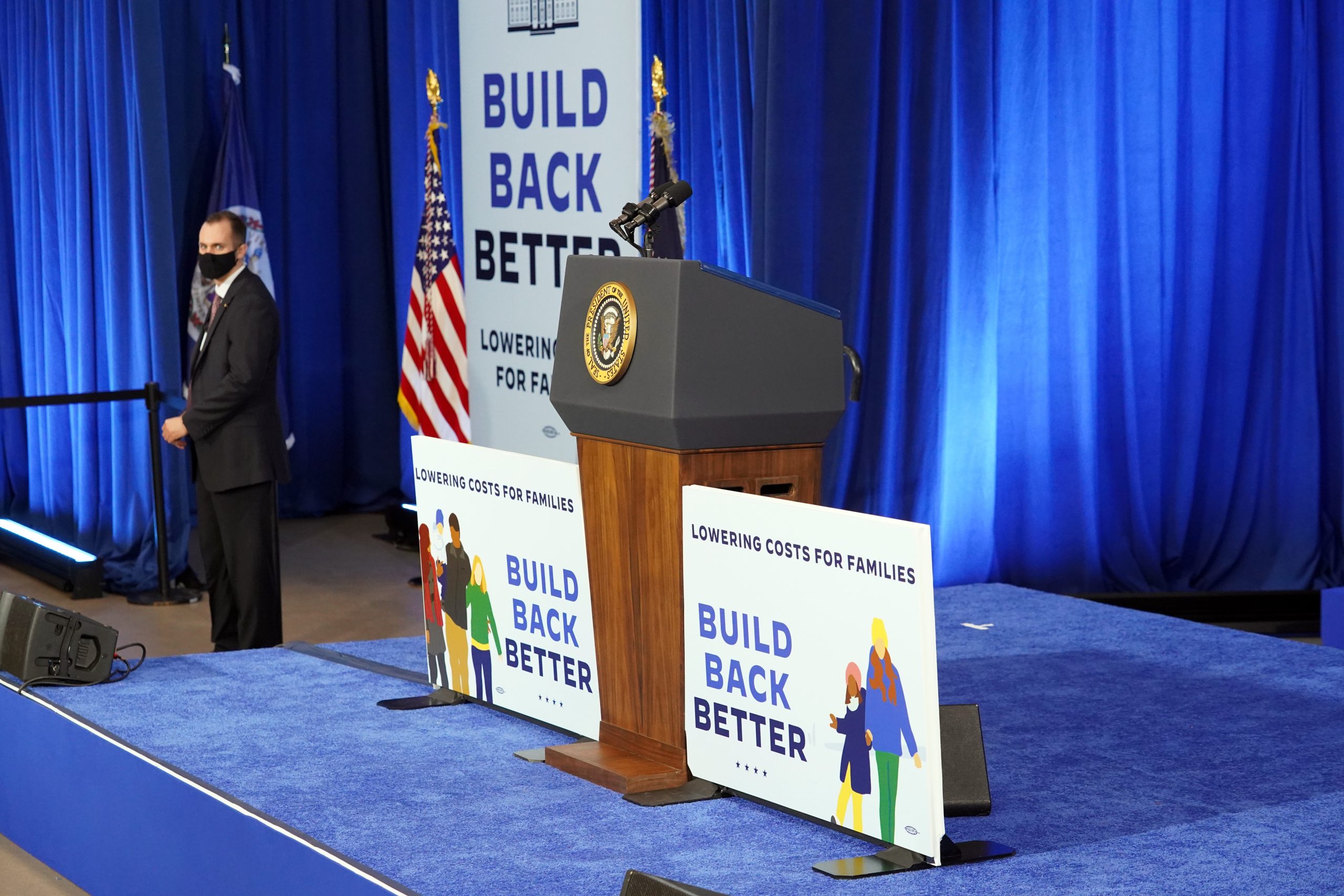 In December, United States Senator Joe Manchin, a conservative Democrat representing the state of West Virginia, gave President Joe Biden and Democratic leadership in Congress some very unpleasant news. Manchin revealed that he would not be voting for the House-passed Build Back Better Act, a cornerstone of Democratic legislative priorities filled with progressive-backed provisions to reinforce the social safety net, saying “I can’t get there” and declaring the bill, at least in its current form, “dead”.

As of March, the fate of Build Back Better and the provisions that characterised it continue to remain unknown, much to the dismay of the progressive Democrats who championed them. The progressive position is made worse by the Biden administration’s continual shift towards the political centre, in preparation for the midterm elections. By leaving out or actively removing their supported policies from potential bills, due to fears that they cannot get them passed, many Democrats are worried that the party is isolating the large, and influential, left-wing. The increasing signs of progressive isolation, at a time when the party controls both Congress and the White House, raises an important question worth exploring: How might progressive lawmakers within the Democratic Party respond to this, given that many of their priorities are on the line?

One potential avenue they might try to take is bypassing the deadlocked Congress entirely, something that might be accomplished by going directly through President Biden. There are already indications that this is underway, as liberal Democrats have begun imploring the Biden administration to push through the more progressive parts of the party agenda, like immigration reform and tackling rising gas prices, using the executive powers of the presidency.

This direct intervention by Biden would take the form of executive orders, which are legally binding directives to the federal government made by the executive that enable a president to sidestep Congress, usually for the purposes of changing domestic policy or, much more rarely, going to war. The problem with these directives is that they are of limited usefulness compared to legislation that is passed in Congress, as executive orders can be easily reversed by succeeding administrations, can be susceptible to challenges from the judicial system, and are harder to tout as legislative successes.

Another potential option that the progressive wing of the Democratic Party might take from their playbook is to force the more centrist and conservative members of their party to the negotiating table. This is something that is particularly potent because of the slim majorities Democrats hold in the House and Senate, and it is a strategy they have used before.

Last summer, at the height of negotiations attempting to get Build Back Better through Congress, progressive lawmakers in the House refused to vote for a massive bipartisan infrastructure piece of legislation until the adjoining scaled-back version of the social and environmental policy overhaul accompanied it. In this case, most progressives eventually agreed to stop holding the bill hostage, but only on the promise that the social spending bill would get a fair chance.

If progressive Democrats were to refuse to vote on the priorities desired by the other sections of the party again, it could force the sides to negotiate a compromise that might bring progressive agenda items back into the picture. Alternatively, it is just as likely such actions could culminate in even greater infighting and stagnation within the Democratic Party than before, particularly if party factions refuse to give any ground.

Restrained by the Party System

Aside from the two major avenues mentioned previously, however, there is little else that progressive Democrats are likely to do, at least without creating bigger problems for themselves. The lack of options at their disposal come as a consequence of the political party system in the United States. Despite being populated by fifty-four parties, politics and power in the U.S. are dominated by only the largest two, the Democratic Party and Republican Party (GOP), which are themselves broad coalitions of diverse groups.

As a consequence of a party system where only two parties are major contenders for power, the fortunes of progressive Democrats are inescapably linked with the successes of the Democratic Party as a whole. If progressives are to succeed within that framework, the party altogether must succeed or both might risk facing potential setbacks, particularly in election seasons. Therefore, the potential actions that progressive Democrats could take, to deal with their ongoing isolation within the party, are limited by the fact that they must balance their own priorities with the broader success of the party, something that is a necessity for their political survival.

With approximately eight months to go until the midterm elections this November, the course that Democrats will take as a party throughout the rest of the year seems unclear for the moment. What is apparent, however, is that the left-wing of the party seems to be in an increasingly isolated position, as evident by the failure to pass the Build Back Better Act and by the Biden administration’s shift to the political centre. While it remains to be seen how progressive Democrats will respond to this isolation, it is evident that the potential courses of action they could take are limited by their reliance on the success of the party as a whole.

Featured image by Germanna CC and obtained via Flickr under a Attribution 2.0 Generic (CC BY 2.0) License