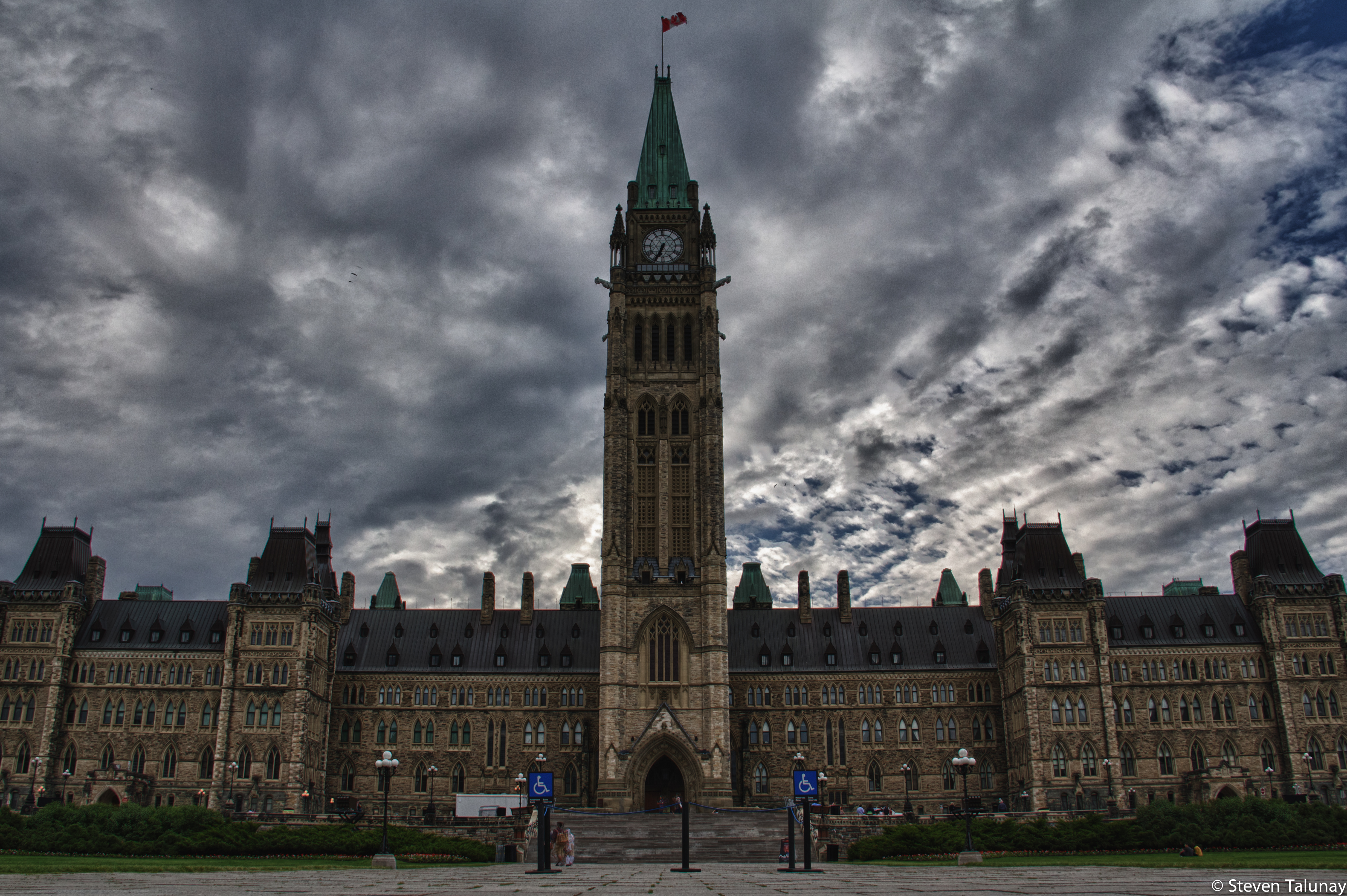 Justin Trudeau’s January 2017 cabinet shuffle left former Minister of Democratic Institutions, Maryam Monsef, leading the department for the Status of Women. Many called this a “demotion”, perhaps stemming from her department’s failure to deliver on the Liberal campaign promise of electoral reform. The shift from a department focused mainly on electoral reform, to a department centered on the status of women is rather ironic, as Monsef’s failure to reform the electoral system was perhaps the most harmful thing the Liberal government has done for the status of women to date. Canada currently uses the Single Member Plurality, or First Past the Post electoral system. This system, primarily used in old democracies like the United Kingdom, elects the person with the highest number of votes in 338 individual elections across the country. This means that a candidate need not have a majority of votes to win, but instead requires only one more vote than the second-place candidate in order to win. In effect,  all votes to anyone other than the top candidate are wasted votes.

The First Past the Post system is often criticized as being “undemocratic”, but also has striking social impacts, particularly on gender dynamics in politics. With only 26% women in the House of Commons, the First Past the Post system is a primary factor holding Canadian women back. This system should be replaced with one that incorporates proportional representation, in order to increase gender equity in Canadian politics. The FPTP electoral system impedes women’s progress in four ways. Firstly, it inhibits any quick changes in the composition of the House of Commons, thus limiting the rate at which women can increase their proportion of seats. Secondly, it limits the potential scope of highly effective quota policies. Thirdly, it limits power of small parties who have better gender equity records to influence larger parties. Finally, FPTP leaves the parties that women are most likely to run for underrepresented in Parliament.

Many newer democracies have been able to drastically change levels of demographic political representation. In Bolivia’s October 2014 election, women’s representation in the lower house grew from 22% to 53%, in what scholars refer to as a “gender shock”. Older democracies, like the Westminster parliamentary system upon which Canada is based, “take the incremental approach, which is slower and involves grappling with the conventions of older institutions.” The First Past The Post electoral system is a common element of those older democracies which struggle to produce dramatic shifts in representation. While proportional representation used in newer democracies makes it glaringly obvious when gender imbalances are being produced at election time, the FPTP system funnels the voter’s attention to one individual. Voters may thus be less likely to recognize and problematize male-dominated political processes. In proportional representation systems, voters are more aware of the entire set of candidates, and thus more likely to notice if the vast majority of candidates are male. This may encourage voters to push for more representative candidate lists, thus placing pressure on parties to present gender-balanced lists.

Within Canada, there is “no evidence that voters discriminate against women candidates”, but there is “considerable evidence that party [nomination committees are] more likely to discriminate against women candidates.” Because one of the biggest barriers to getting women elected occurs simply because not enough women become candidates, more work must be done to encourage and support women’s candidature. One highly effective way to do this is through quotas. Canada’s New Democratic Party has created quotas in the past on such things as the number of leadership candidate signatures that must be from women, and the percentage of candidates in winnable ridings that must be women. Internationally, quotas have been effective in countries like Iceland, where parties create a list of candidates that alternate between men and women, called zipper lists. In Iceland, which ranks first in the world for gender equality, all but one party implement zipper lists, which has allowed the country to elect gender-balanced parliaments, including in the 2016 election that yielded 48% women.

While some posit that quotas generate a pool of less qualified candidates or discriminate against qualified male candidates, this is generally considered a mistaken rhetoric. The lack of women candidates is not due to a lack of qualified women, but rather due to lower efforts for the recruitment and support of women candidates as opposed to men. Since representation is a crucial element of politics, and because equally (or more) qualified women candidates do exist, quota implementation has been widely accepted in the countries where it has been introduced. Even within Canada, the quota policies adopted by the NDP have faced little backlash. Quota systems have been adopted by parties in many countries and are both generally popular and highly effective in increasing gender parity. Within the current FPTP system, parties can implement their own quota systems at the preliminary candidature level, but are unable to create quota systems for who is actually elected. For instance, the NDP can create quotas for the number of women who are placed in winnable ridings, but cannot have a quota that says after-the-fact that half of the MPs they send to the house will be women. In FPTP, we vote for individuals and not for seats, thus limiting the extent to which parties can control for gender parity. Because First Past The Post does not allow for candidate lists, this system limits the use of more extensive quota systems, thus harming Canadian women.

“Because one of the biggest barriers to getting women elected occurs simply because not enough women become candidates, more work must be done to encourage and support women’s candidature.”

In addition to limiting the use of quota policies to increase women’s candidature, FPTP operates such that even when women are selected as candidates by parties, the parties they run for are underrepresented in Parliament. In the 2015 election, the NDP put forward 43% women candidates, and received 19.7% of the vote. With the FPTP system, they received only 13% of the seats in the house of commons. The green party put 39% women candidates on the ballot, and received 3.5% of the national vote, amounting to 12 seats under a proportional representation system. Instead, the green party won only one seat, or 0.3% of seats in the House, under First Past The Post. The ultimate majority Liberal party put forward only 31% women candidates, and received 39.5% of the national vote but 54.4% of the seats. First Past The Post thus overrepresents large parties who historically elect less women, and underrepresents parties who further women’s political progress.

Women only fill 26% of seats in the House of Commons. Photo by Márcio Cabral de Moura. https://flic.kr/p/9LGm5j

The higher proportion of women candidates in small over large parties is due in part to individual party policies (such as NDP quotas), and in part to women identifying more strongly with the platforms of these smaller parties. The impact of this extends beyond raw candidacy numbers and into party policy. As Matland and Studlar explain, growing parties like the NDP in Canada put pressure on larger parties to elect more women to office. Because these small growing parties are the same parties that are often underrepresented in Parliament by the First Past The Post system, this limits the potential for growth of minority parties, thus also limiting the power of these parties to pressure other parties into implementing policies that increase gender parity. Proportional representation would allow parties that elect more women to be proportionally represented and to grow, thus demonstrating practically to larger parties that women are capable of presenting successful candidacies, as the literature has shown time and time again. Furthermore, these larger parties will begin to feel more public pressure to increase women’s representation as the smaller and more representative parties begin to grow. By underrepresenting smaller and more gender balanced parties, the First Past The Post system inhibits growth of public pressure to increase representations of women in parliament.

First Past The Post hurts Canadian women by inhibiting rapid changes in representation, limiting opportunity for quota policy, reducing small parties’ power to direct public pressure, and underrepresenting those parties who present more women candidates. The ideal reform for increasing women’s representation would then be to change the electoral system. Systems which facilitate party lists, like Proportional Representation or the Mixed Member Proportional system would be most effective at increasing the representation of women in Canada’s house of commons. With the Liberals’ recent failure to implement electoral reform, the prospects for electoral reform in the near future appear fleeting. In the meantime, the burden of promoting gender equality in politics falls to grassroots groups that help to encourage women’s candidature and support them throughout the electoral process. Continued support of these groups is essential to widening the base of women candidates available to parties, though this is not sufficient on its own. Party reform is crucial to increasing women’s political representation within the First Past The Post infrastructure. Parties must implement policies that mandate higher representations of women candidates and that encourage their success come election time. Within the current electoral system, the power for limited change rests in the hands of interest groups and political parties. For more drastic change, Canada must again come face-to-face with electoral reform, and this time put up a harder fight.