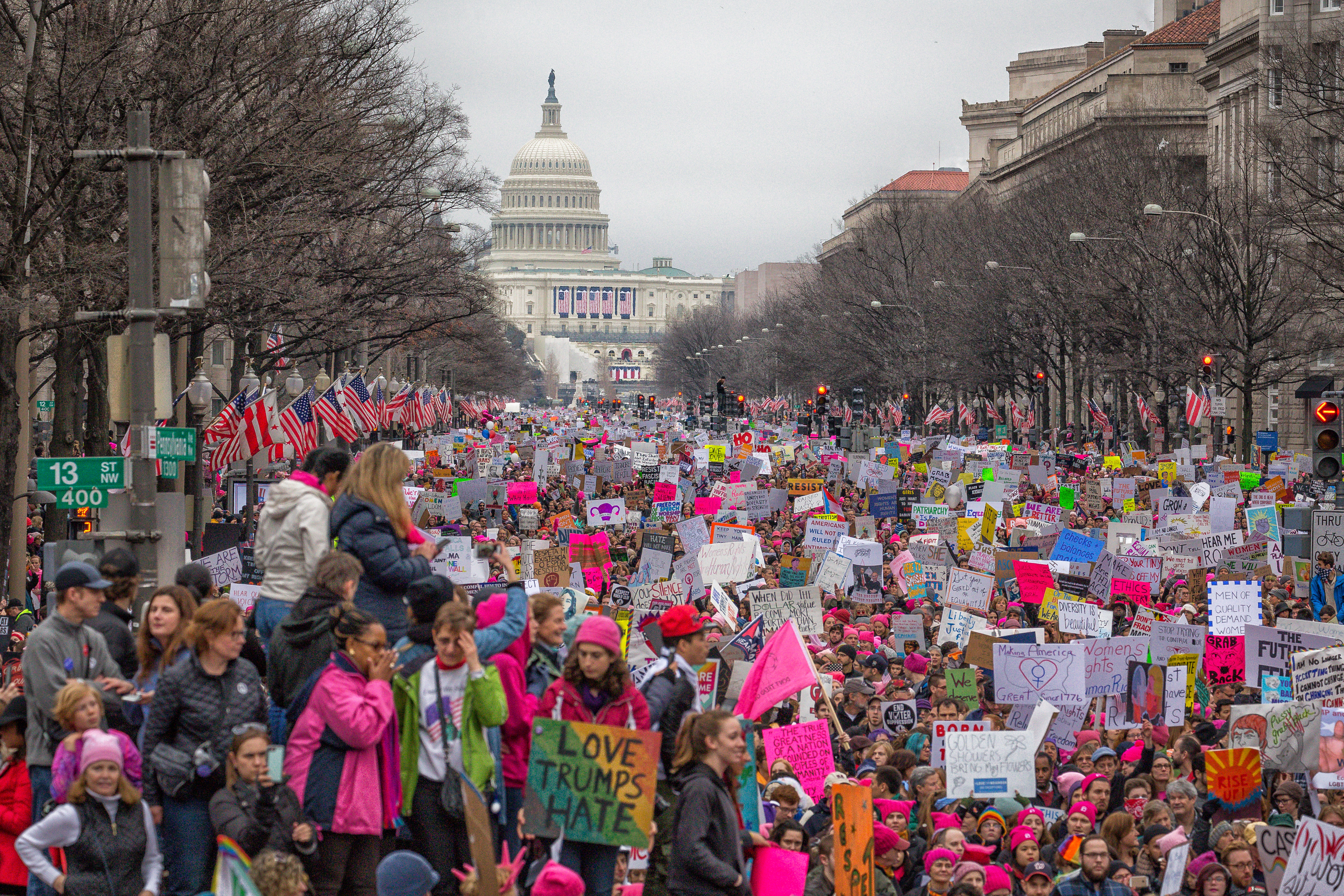 In the fall of 2017, several Hollywood actresses spoke out about their experiences with sexual harassment and assault in the industry, prompting women around the world to respond, “me too.” Women around the world took to Twitter to “give people a sense of the magnitude of the problem.” The magnitude proved enormous, as was the social media response. In North America, #MeToo brought the topics of sexual harassment and assault into mainstream conversation. Much like the 2017 Women’s March, which had sister marches in over seventy-five countries worldwide,  #MeToo quickly became a global movement. Over eighty-five countries contributed to more than 2.3 million tweets with the hashtag #MeToo. Institutions around the world are now under scrutiny for their neglect, complicity, and facilitation of sexual harassment.

This movement to bring awareness has affected varying degrees of institutional change. In America, Time Magazine named “The Silence Breakers” their person of the year, and #MeToo was followed by the “Time’s Up” movement aimed at fighting sexual harassment. However, in some countries, the success of #MeToo has been limited by direct repression and censorship by the government.

As #MeToo spread globally, it was uncertain whether women would speak out in countries where social movements face punishment and censorship rather than acclaim and media response. One such country is China. On January 1, 2018, academic Luo Xixi posted an open letter on the Chinese social media website Weibo. The letter documented her experience with a professor at Beihang University while studying for her PhD.  The professor had tried to force himself on her and stopped only when she told him she was a virgin. Her letter inspired other female university graduates to share their own experiences with sexual harassment, leading to online petitions asking for stronger regulations around sexual harassment in universities. One of these petitions has been signed by more than 50 professors from over 30 institutions around China.

In America, #MeToo began in Hollywood, while in China the movement’s roots are largely in university settings. What explains this difference? It may be a result of the relatively high level of independence possessed by educated female university graduates, allowing these women to take the initiative in leading the movement. Another important factor is the enormous power disparity in universities, leading to rampant sexual harassment. A survey done by the Guangzhou Gender and Sexuality Education Centre in 2017 reported that almost 70% of university students said they had been sexually harassed. However, most of these students saw it as futile to report these incidents to the authorities, believing that their reports would not change the deeply ingrained system of male dominated power structures. In China, sexual harassment is often dubbed the ‘hidden rule’, a phrase that refers to the women willingly submitting to sexual harassment in exchange for future favours. This attitude places blame on the victim, not the aggressor.

Despite this particular context, the immediate response to Luo’s letter was receptive: the professor who harassed her was fired and revoked of honours. This response was similar to the firings and ostracization of prominent men accused of sexual assault in the U.S, such as Harvey Weinstein and Kevin Spacey. The resemblance in responses could be a sign of the growing influence of Western values in Chinese culture. As China attempts to gain legitimacy as a world leader, it adapts its positions to suit Western norms on issues such as women’s rights. An example of this is China’s recent donation of ten million US dollars to UN Women, along with a statement about “enhancing gender equality as [China’s] basic State policy.”

However, this response can also be interpreted as consistent with the Chinese Politburo’s policy of “guilty until proven innocent.” While firing professors accused of sexual harassment and assault can take years in America, justice is swift in China because the burden of proof is essentially on the accused. Despite this “progressive” and immediate response, as #MeToo gained traction on Chinese social media, the government reaction changed dramatically from receptive to repressive.

Currently, there are over 4.5 million hits on the #MeToo hashtag on Weibo, and as of right now it has been banned. #MeToo and phrases such as “anti-sexual harassment” have been blocked on social media and petitions for harsher regulation around sexual harassment have been deleted. This is not an unexpected response to the movement. It follows a larger trend of persecution of feminists in China, as well as the use of internet censorship to derail social movements. In 2015, ten women were detained by Chinese authorities for planning to hand out stickers raising awareness about sexual harassment on International Women’s Day. Five of these women, known as the ‘Feminist Five’, remained in custody for over a month, drawing international attention to the status of women’s rights in China. The Communist Party’s position on feminist movements was made clear in May of last year, when People’s Daily published an announcement that Western forces were attempting to interfere with women’s affairs in China through Western feminism.

“This is not an unexpected response to the movement. It follows a larger trend of persecution of feminists in China, as well as the use of internet censorship to derail social movements.”

The Chinese government’s fear of feminist movements can be understood in several different ways. Firstly, feminist movements are seen as contradictory to traditional Chinese and Communist Party values. This position is exemplified by the announcement in People’s Daily, the mouthpiece of the Communist Party. The Communist Party, as well as Chinese culture as a whole, is highly patriarchal and male-dominated. There has never been a woman on the Politburo standing committee, the most powerful ruling body in Chinese government. A Chinese saying goes: women “playing at politics is like a hen crowing at dawn,” a sign of collapse in the family and the state. Mandatory retirement regulations for women (ten years before men) and increased pressure on women to stay home and take of children under the two child policy preserve the gender imbalance in Chinese government. Female empowerment movements risk unsettling the balance of the Chinese system.

Secondly, feminist movements have the capacity to mobilize an enormous number of people around a social cause. This capacity was clear in China when #MeToo gained popularity, and it was made fully explicit around the world when the 2017 Women’s march became the largest protest in American history and inspired sister movements in over 75 countries. The Chinese government does not feel that they can allow a movement with the ability to reach that size, and with goals that explicitly contradict Chinese norms, to gain traction.

But despite government efforts, the movement persists. Women continue to share their experiences on Weibo using the hashtag #RiceBunny, pronounced “mi tu,” as a way to circumvent the censors. The #MeToo movement in America is not an isolated reaction to a new problem. It is the result of years of discontent and less publicized work of many women fighting for greater awareness about, and action against, sexual harassment. In China, #RiceBunny follows the legacy of other women’s movements to raise awareness about sexual harassment and women’s rights.