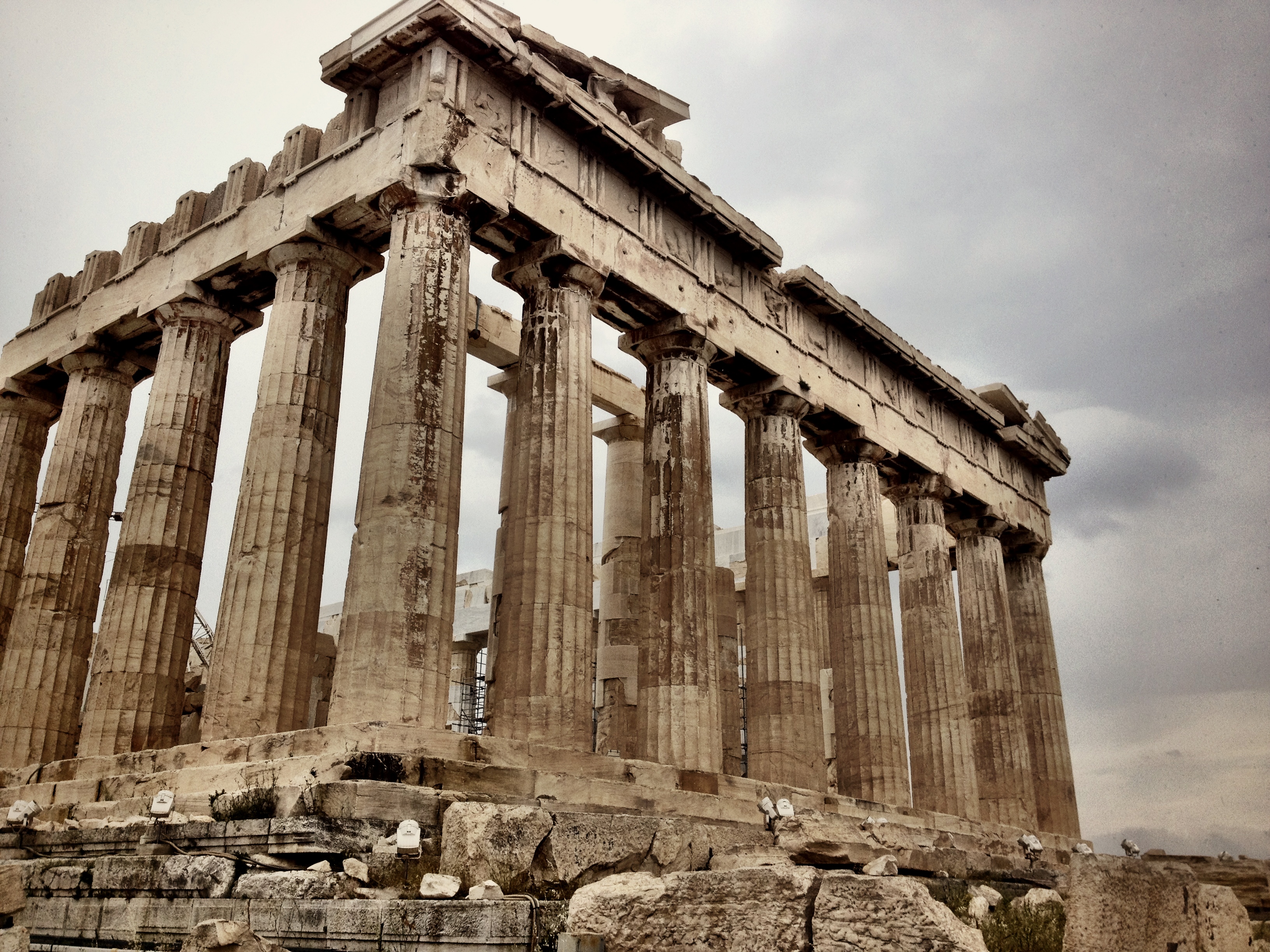 The belief that democracy is not a perfect system of government has been articulated by both political theorists and regular citizens, and is a recurrent motif in public discourse after a deeply contested electoral contest. However, by and large, most citizens of contemporary Western democracies echo Winston Churchill’s sentiment: while democracy may not be perfect, it is the best political regime we know. Thus, the central question in the debate becomes not whether democracy should be preserved, but what kind of democracy citizens should adopt for political decision making. Broadly speaking, there are two general shapes democracies can take: representative or direct. In a representative democracy, the political power of citizens is limited to choosing representatives which legislate on their behalf. Strictly speaking, in such a system control over policy and all decision making is forfeited to a small group of individuals with exclusive political control. At the other end of the spectrum, direct democracy implies that citizens retain control over every aspect of policy making and exert real political power in the system. In a stringent direct democracy, a simple majority of citizens determines the direction of the polity’s politics and no representatives are chosen.

“… while democracy may not be perfect, it is the best political regime we know. Thus, the central question in the debate becomes not whether democracy should be preserved, but what kind of democracy citizens should adopt for political decision making.”

Direct democracy seems to be more in line with the democratic ideal than its representative counterpart. Etymologically, the word “democracy” comes from the Greek demokratia which translates to “people power” or power of the people. In this sense, direct democracy is more democratic per se than the alternative insofar as the people retain political power. This is in sharp contrast with representative democracy, where a small clique of individuals holds political influence and possess the means to threaten citizens’ freedom. Indeed, Jean Jacques Rousseau in Book III of The Social Contract explained that “the moment a people allows itself to be represented it is no longer free.” For Rousseau, the primacy of the people as sovereign is threatened by representative democracy since the latter is tantamount to a transfer of power.

Since a sovereign is no longer in control if it does not possess power, the sovereign people are no longer free if they forfeit their powers to representatives. It could also be argued that direct democracy can serve as a check against civil unrest and internal dissent. Thomas Hobbes wrote Leviathan with the aim of creating an all powerful sovereign in order to avoid another civil war. He argues that a divided sovereign is detrimental to the commonwealth. The executive will lack sufficient power to enforce peace and concord, and the factions (i.e. Parliament) within a divided government would hold sufficient power to challenge the status quo. It would threaten the very peace they were elected to maintain. Thus, direct democracy could be seen as a means of avoiding civil war by dividing power ad infinitum, ensuring that no entity is able to amass enough power to challenge the dynamic.

More contemporary democratic theories also seem to argue in favour of direct democracy and its role in legitimizing political decisions. In Democracy and Disobedience, Peter Singer defends democratic proceduralism, a theory in which democracy is the best form of government by virtue of its procedural decision making mechanisms. He contrasts a system of direct democracy with two variants of authoritarian rule. A good political system is one that limits disobedience by its members since even small acts of defiance taken in the aggregate threaten the existence of the polity. By discounting the idea of “tacit consent” as impossible, he explains that the only way to secure moral obedience is by ensuring all members have the ability to participate in the decision making process. They would be able to express their explicit consent in the decision, even if it is not their preferred outcome. Singer can be read as both a defense of procedural democracy and as a vindication of direct democracy.

Furthermore, Jurgen Habermas in Popular Sovereignty as Procedure and Joshua Cohen in Deliberation and Democratic Legitimacy argue in favor of a system of democracy that is based on rational and inclusive deliberation by all members of society. This variant of direct democracy is beneficial for society because it increases political involvement in individual citizens. It spurns improvements in public education to better inform them of policy issues, and reduces socio-economic inequality by giving each citizen equal weight in the political decision making process. In particular, Habermas argues that direct deliberative democracy is the only way to form a “general will” as conceived by Rousseau, by inducing a consensus of particular wills through public debate.

Direct democracy is not without its shortcomings. While it enables citizens to make their own choices on policy, it has the disadvantage of subjecting the community to majority rule, a potentially dangerous situation. James Madison in Federalist 51 explains that pure democracy as was conceived in the Ancient World could threaten the freedom of citizens because it would be subjected to the whims of mob rule, and liable to be deceived by demagogues. Indeed, ancient writers such as Herodotus report that the crowd at Athens was more easily convinced than the individual tyrants of other Greek poleis. Furthermore, domination by a majority could threaten the lives and liberties of ethnic and industrial minority groups in what Alexis de Tocqueville labels the “tyranny of the majority.” Finally, another critique of direct democracy is based on logistics, or rather the feasibility of implementing such a system today. It is argued that direct democracy is nothing more than a utopian ideal, unable to be applied to the large territories and huge populations of contemporary democracies.

While pertinent, these critiques of direct democracy ignore both the changing technological landscape as well as the potential to blend direct democracy with other political mechanisms. Concerning the latter, mixed forms of government incorporating direct democracy have existed since antiquity. In the Roman Republic, laws were proposed by either the Tribunes or Consuls (elected officials) after consultation with the Senate (aristocratic body) and thereafter approved or rejected by the popular assembly comprised of all adult male Roman citizens. In the constitution of Switzerland, laws affecting the federal Constitution incorporate federalism into direct democratic procedures by being subjected to a “double majority,” requiring approval from both the majority of citizens and the majority of cantons (territorial political units).

Furthermore, in certain jurisdiction such as the state of California, citizen initiatives and referendums blend direct democracy (directly voting on policy) with representative democracy (implementation by government). Finally, while implementing direct democracy may have been a challenge for large polities in Madison’s time, the advent of more sophisticated communications technologies make it a very real possibility today. Robert Paul Wolff in his In Defense of Anarchism suggests a federally subsidized television voting set installed in every home which would allow citizens to vote on policy issues from their own homes after watching political debates on their subject matter. Although written in 1970, Wolff’s account developed a feasible system for implementing direct democracy before the invention of internet and the widespread use of identification technologies (e.g. facial recognition) which would greatly simplify the process.

In conclusion, direct democracy holds many benefits for modern democracies. If instituted properly, it can serve to improve both the political power and freedom of individual citizens without subjecting society to the caprices of a whimsical majority.

Habermas, Jürgen. Between Facts and Norms: Contributions to a Discourse Theory of Law and Democracy. Cambridge: MIT Press, 1996.

Madison, James. “Federalist 51: The Structure of Government Must Furnish the Proper Checks and Balances Between the Different Departments.” In The Federalist, edited by George Carey and James McClellan, 267-272. Indianapolis: Liberty Fund, 2001