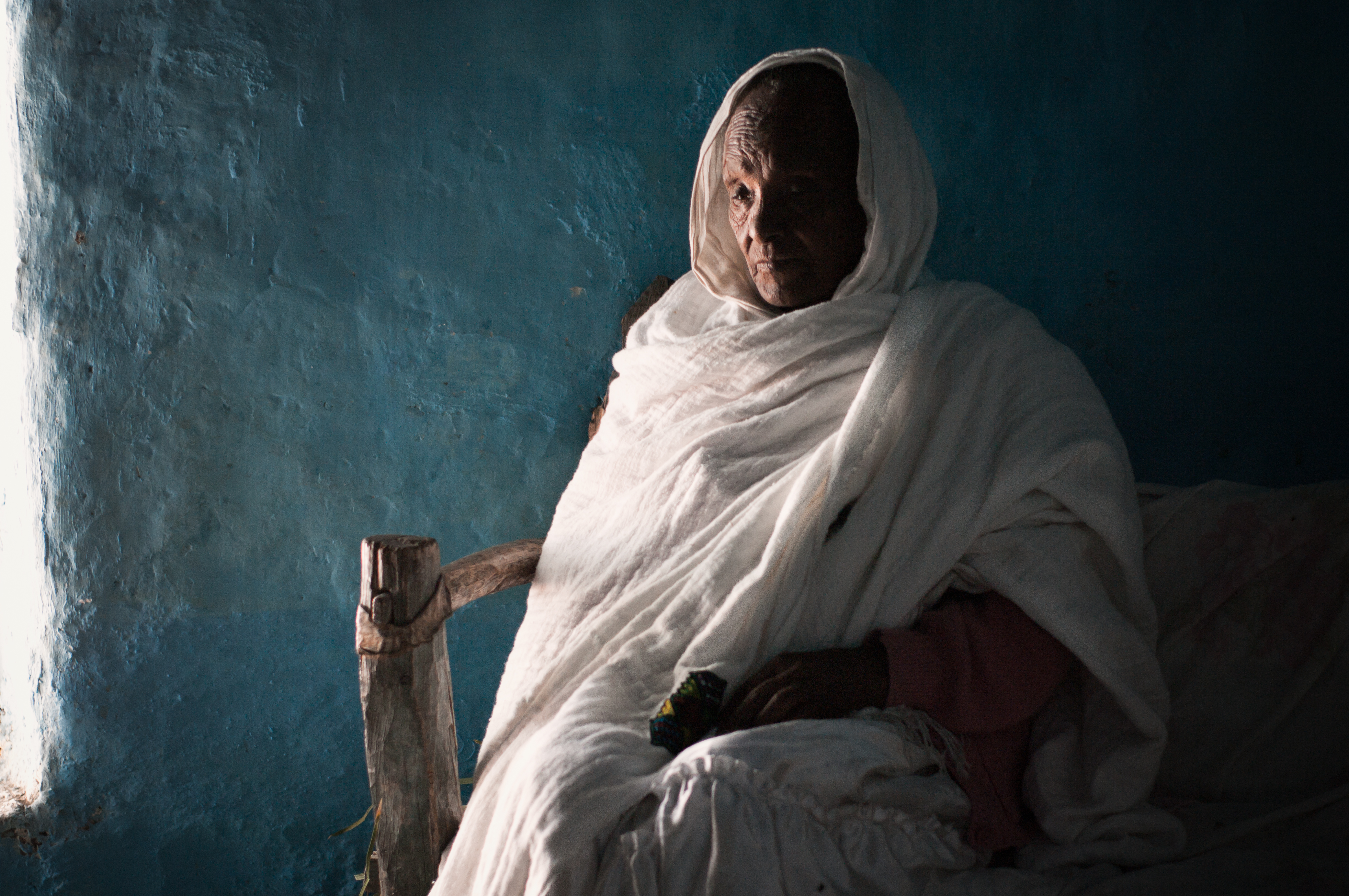 Eritrea emerged as a sovereign state in 1991, following 30 years of armed battle for independence with its neighbour Ethiopia. The nationalist movement of the Eritrean People’s Liberation Front (FPLE) was a Maoist guerilla party that led Eritrea to independence in 1993 under secretary general Isaias Afwerki. The movement’s leader then became the first Eritrean President and reshaped the movement into a single party called the Popular Front for Democracy and Justice (FPDJ).

There is no denying that the length and the severity of the war that led to Eritrea`s accession to independence have forged a real esprit de corps among its leaders. But while that spirit may be useful in times of war, it can have devastating effects on the civil society in times of peace. Since its inception, arbitrary detentions and cases of torture, rape, and extrajudicial killings have marred the regime –  as was reported by a special UN commission in June 2016.  According to the report, more than 400,000 Eritreans have been enslaved in the national conscription program, where they are forced to work in the army or the bureaucracy. In addition, there are no independent newspapers left and state-run media outlets are the sole providers of news.

Yet twenty-five years into his party`s rule, Isaias Afwerki is still the president of Eritrea.  Elections were scheduled for 2001, but have yet to take place. It is no wonder that Eritrea is often nicknamed the “North Korea of Africa.”

According to Reporters Without Borders’ World Press Freedom report of 2017, Eritrea is ranked 179th out of 180 countries; only North Korea ranks lower. To keep its grip on power, the repressive regime of Isaias Afwerki has used imprisonment and torture of opponents, harsh crackdowns on independent journalists, and arbitrary arrests, ultimately creating “a media climate so oppressive that even reporters for state-run news outlets live in constant fear of arrest.” In 2015, Eritrea had the third highest number of imprisoned journalists after China and Iran, all of whom have been given no trial and no criminal charges.

But repression has not always characterized Eritrea’s attitude towards journalism. In 1996, the number of independent newspapers boomed, many of which were founded by graduates of the University of Asamara and presented pluralistic views. However, the political climate changed. Following a border conflict with Ethiopia (1998-2000), President Isawa Afewerki’s practices abruptly turned totalitarian. Using new measures to perpetuate his power, Afewerki established his position toward his opponents in the beginning of the 2000s by eliminating independent media outlets and cracking down on all dissent. Fifteen members of the People’s Front for Democracy and Justice wrote a public letter denouncing Afwerki’s “illegal and unconstitutional” actions, and were immediately jailed. Eleven of them are still incarcerated without trial, and have become known as the G-15. On the same day, 18 September 2001, Afwerki banned private newspapers and jailed eleven journalists, who remain in undisclosed locations. In addition, religious freedom in Eritrea is also curtailed, with the government allowing the practice of only four religions: the Eritrean Orthodox Church, the Evangelical Lutheran Church of Eritrea, the Roman Catholic Church and Islam.

To be sure, satellite dishes offering BBC, CNN and Al Jazeera can be accessed throughout the country, and Internet, although very slow, appears to be unfiltered. Even so, however, according to U.N. International Telecommunication Union figures, internet service is available only when channeled through slow dial-up connections and fewer than 1.2% of the population is using the internet in 2017, the lowest number on the list of 148 countries. Similarly, only 5.6% of Eritrea’s population owns a cell phone, again the lowest figure in the world. Inside Eritrea, all mobile communications are channeled through Eritrea’s sole state-run telecommunication company, EriTel. That the regulation of mobile communications is a tool to further project Isaias’ government authority on its population is evidenced by Eritrea’s decision to cancel plans to provide mobile Internet for its citizens by fear of the spread of the Arab Spring protests. Further isolationist policies include the restrictions placed on foreign correspondents. Indeed, the last remaining accredited international reporter  was expelled in 2007, and ‘‘the few outside reporters invited in occasionally to interview the president are closely monitored.”

Today, thousands of dissident and political prisoners, from former politicians and journalists to practitioners of illegal religions, continue to be detained with no planned trial in sight. Often, they are held in underground jails in remote areas where  prisoners are placed in metal containers and suffer from intolerable heat. In some cases, information regarding the state of the prisoners’ health is not disclosed to the public nor their family.

The report from the  UN commission of inquiry on human rights in Eritrea claims that state spying and surveillance leads to the constant fear of arbitrary arrest, torture, disappearance or death. Ultimately, this culture of fear has created a climate of self-censorship and mistrust that affects communities and families. Denouncement of deserters can be rewarded with benefits from local administrators, and families of the deserter legally have to pay amends (50 000 nakfas for each deserter – or 2500 euros). This structure creates incentives to denounce members of your own family or your neighbours, further consolidating the role of an authoritarian state whose actions and agents are constantly expanding and interfering in the everyday life of its citizens.

In 1994, a national system of military mobilization for young Eritreans legally imposed 6 months of military training and one year of service. National service was perceived as a duty for the citizens which had not participated in the war of independence. Thus, tens of thousands of men and women from 18 and 40 years of old are recruited each year.

However, since the border dispute between Ethiopia and Eritrea that began in 1998, the period of service has been indefinitely extended. Eritreans over 18 years old are now conscripted into 18 months of military service, followed by an indefinite period of civil service that often lasts more than a decade. Since 2002, this expansion of the conscription period has become the central pillar of the national development campaign known as WofriWarsay Ykä?Lo, which aims to rebuild the country devastated by war, and to cope with the economic consequences of the decrease in trade relations with Ethiopia. The government also justifies national conscription by arguing that there is an ongoing highly militarized border dispute with its neighbor, Ethiopia.

There seems to be little doubt, however, that this mobilization of almost all the available labor force in the country aims to set up a planned economy and to extend the reach of authoritarian control into social activities. Often referred to as forced labour, the national service is rooted in three-decade struggle for independence that gave rise to an obsession over security, evidenced by party and government policies and the consequent process of militarization of society. Anyone who defies this national program is subject to cruel torture.

Completion of national service is a condition for full citizenship for young adults, which grants Eritreans who are required to serve indefinitely only limited rights in the choice of their studies and their professional activity, as well as restricts their freedom of movement within national borders. Freedom of enterprise and land ownership are also not allowed for conscripts, and their low wages and arbitrary leave allowances often disturb family life. But that is not all. Conditions in military training camps are dire, and conscripts must tolerate the inadequacy of food, water, hygiene facilities, accommodation and medical facilities. These camps are also sites of sexual violence perpetrated against women and girls, the purpose of which is to extract confessions, punish, and intimidate.  To escape conscription, many avoid public places and hide. Today, 10 000  ‘deserters’ are imprisoned, often in metallic containers in remote cities.

In light of the aforementioned constraints on freedom of expression and movement imposed on Eritreans, understanding why many decide to flee the country becomes less challenging. The United Nations Refugee Agency (UNHCR) reported 474, 296 Eritreans globally registered as refugees and asylum seekers at the end of 2015, which represents around 12 percent of Eritrea’s estimated population of 3.6 million.

Constrained Liberties in the Midst of Extreme Poverty

However, the report of the U.N commission does not escape criticism. Journalist Bronwyn Bruton argues that since the U.N commissioners were denied entry into Eritrea, they relied almost exclusively on the testimonies of about 800 Eritrean refugees that had decided to leave Eritrea and failed to interview diplomats who had recently traveled to the country: ‘‘The commissioners didn’t interview Western diplomats or U.N. staff based in Eritrea. (…) They discarded tens of thousands of testimonials from Eritreans defending the Isaias regime, claiming these were irrelevant or inauthentic.”

While acknowledging the human rights abuses taking place in Eritrea, Bruton argues that the report does not reflect the reality on the ground. Although the report claims that Eritreans who leave the country and eventually return face arbitrary imprisonment and torture, Bruton sheds light on the reports from some Horn of Africa reporters, including Mary Harper from BBC, about the thousands of Eritreans who have returned to celebrate independence: “They have spoken freely, and on camera, with dozens of Eritreans about the political situation in the country, despite the COIE’s assertion that Eritreans exist in a climate of fear without the ability to speak their minds.”

Further, scholars have questioned the potential causal link between socioeconomic development and democracy. Some scholars worry that, should democracy occur before a country achieves a considerable level of socioeconomic development, governments would not be capable of accommodating all the new political and economic demands. Many have continuously justified authoritarian rule as a necessary ‘stopgap’ to jump-start economic growth. In their view, authoritarian regimes can limit workers’ wages and control labor unrest to increase profit and attract external and domestic private-sector investment. [1] To diversify its economy and to convert conscript jobs to formal civil-service or private-sector positions, some have argued that the Eritrean government has no other choice but to develop its economy: ‘‘It will simply be impossible to reform Eritrea’s controversial National Service Program (…) without improving the economy. Simply releasing those people to joblessness would cause insecurity, and of course the country would completely cease functioning….’’.

In short, Eritrea is facing the problem of development in a situation of extreme poverty.

To lift itself out of mass poverty, it needs a quantum leap in the accumulation of capital that is required to build infrastructure and educate the population. The Eritrean regime has evidenced their aspirations to develop through their achievements in sectors like education and healthcare which are strategic to the functioning of the state. According to the Eritrea Health MDGs Report of 2014, Eritrea is one of the only countries likely to fulfill the Millenium Development Goals in health. The achievements include the reduction of infant and child mortality rates and the increase of immunisation coverage. Considering that Eritrea ranks among the poorest countries in the world, such “Concerted government programmatic and resource investment in the health sector” should be acknowledged as a successful achievement.

In this context, conscript work is a concerted effort to impoverish the individual for the benefit of the collective. The legitimacy of the move hinges on the ability of the government to build a viable consensus on its goals without excessive coercion. If the effort is squandered in useless projects or diverted through corrupt channels, the regime will devolve into the worst type of despotism. The restrictions on human liberties implemented by Isaias’ government are excessive and not necessary to secure the capital needed for Eritrea’s development. Should, however, the regime succeed in accumulating growth for its population while renouncing its draconian measures against dissent, it could pave the way toward a sustainable development for generations of Eritreans.