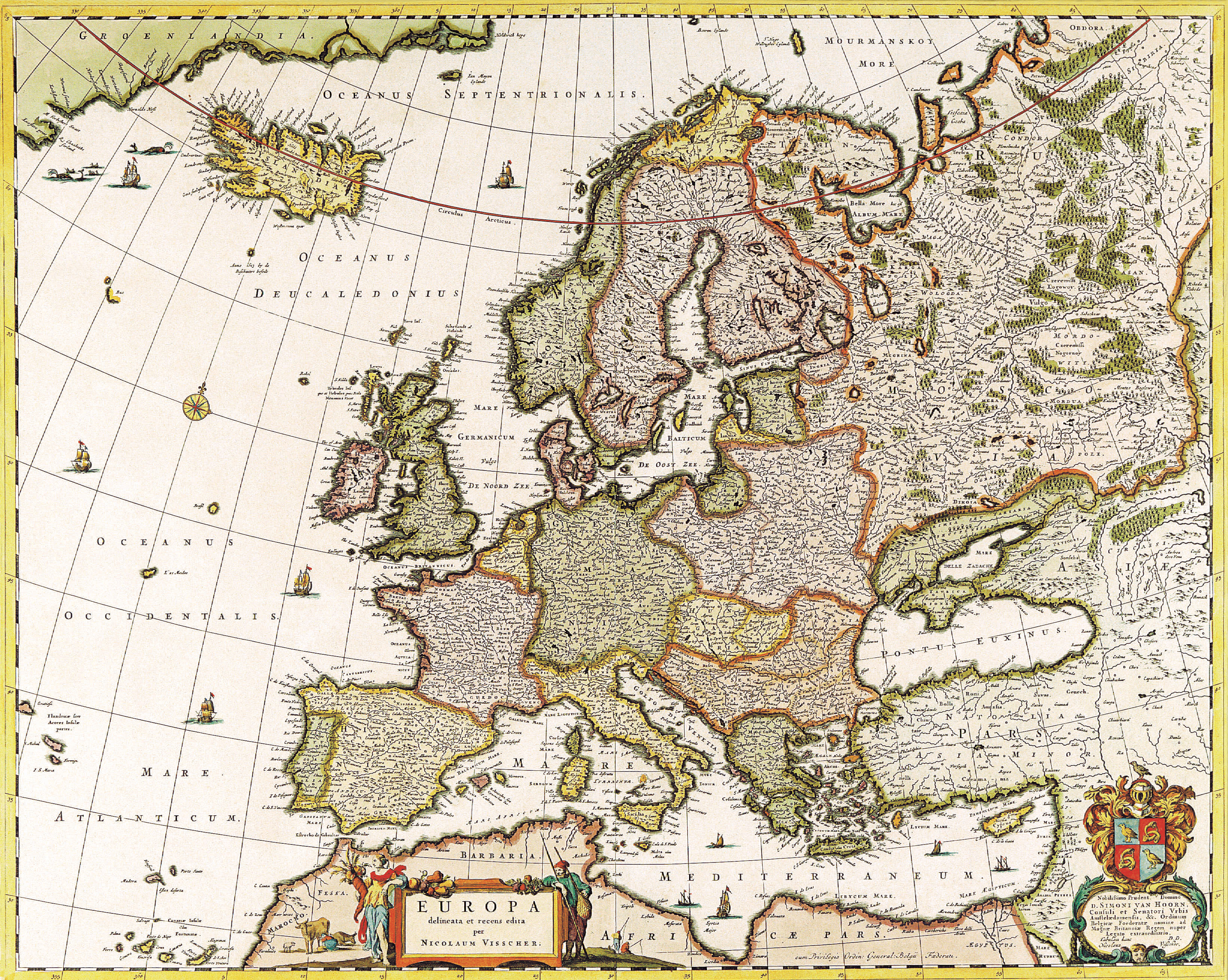 The theoretical discourse around the idea of a ‘nation’ has changed historically according to its proponents. The ideologies of Enlightenment philosophers greatly vary from decolonial revolutionaries, yet nationalism in both cases has served as an impetus for change. However, the concept’s value as a revolutionary principle is associated with its practical implementations. Since the French Revolution, nationalism has inspired its proponents to bear arms for the assertion of their identity. This association has persisted through the World Wars into contemporary struggles of decolonization. The Political Theory section’s contribution to The Rise of Nationalism will explore the thinkers who first brought forth these ideas, and its ensuing conflicts.

In his New Year’s address, French President Emmanuel Macron steadfastly exclaimed that the French people would “not give in to nationalism” and would continue to pursue cooperation with the rest of Europe. Ironically, what Macron failed to explain was that the French people created nationalism. Indeed, the origins of nationalism are misunderstood by many, and the idea of national unity is construed today as analogous to hate. This article will examine the origins of nationalism, its development throughout the nineteenth and early twentieth centuries, and the various internationally oriented ideologies which emerged to oppose it.

The Development of Nationalism as a Unifying Principle

The French Revolution is perhaps more influential for its role in the development of nationalism than notorious as the catalyst for the permeation of ideas of constitutional democracy and universal human rights in Europe. It fostered the creation of a national identity in France as its leaders sought to unify the nation behind the movement and in support of the nascent republic.

Among the most influential thinkers of the period was the Abbé Sieyès, who used the word “nation” as a synonym for the state in a way that articulated the unity and cohesiveness of the French body politic. In Views of the Executive Means Available to the Representatives of France in 1789 and again in What is the Third Estate?, Sieyès conveys the idea that the Revolution was a national endeavor for the benefit of all the citizens of France. Indeed, it is his writings that are largely responsible for the transition of the Estates General into the “National Assembly,” whose mission was to represent France’s national character and govern according to Rousseau’s conception of the “general will.”

Contemporary scholar Chimene I. Keitner suggests in The Paradoxes of Nationalism that what occurred during the French Revolution was the blend between the ideas of the homogenous nation-state and those of popular self-government. This ideological mix would come to be exploited by both the leaders of the First Republic and Napoleon Bonaparte I in order to rally the nation behind what would become nearly a quarter century of war. As a consequence of these conflicts, nationalism would be exported to other European countries and peoples, most notably Germany and Italy.

After the tumultuous period of the Napoleonic Wars, monarchical rule returned to Europe. However, the political landscape had been permanently changed by the preceding violence. As James Mayall explains in “Nationalism and Imperialism,” nationalism in the early 19th century developed the idea that power in a polity should be in the hands of the people rather than in those of a ruling family or its allies. This conception of power dynamics led to the revolutions of 1830 and 1848, in which peoples with nationalist aspirations rose up across Europe, from Belgium to Poland. The successive revolutions in France led to the gradual dismantlement of the Restoration monarchy. It began with the important change of title of the French monarch from “King of France” to “King of the French” in 1830, which conveyed the return of a sense of national unity. Finally, having tasted national unity with Napoleon, both Italy and Germany became officially unified in 1871, the latter through a war with France which would generate nationalist tensions itself.

The Progression of Nationalism into a Source of International Competition

Nationalism became a source of competition and division towards the end of the nineteenth century, especially after the 1870-1871 Franco-Prussian War. By the late nineteenth century, the European powers were largely unified and distinct based on ethno-cultural traits. Italian theorist and ardent nationalist Guisippe Mazzini comments on how Western Europe gradually settled into a pattern of culturally unique nation states coincidentally separated by natural borders. Without a casus belli in Europe, these new nation states sought to increase their influence abroad. Originally encouraged by David Livingstone’s three “Cs”; Commerce, Civilization, and Christianity, European powers began the Scramble for Africa, which quickly degenerated into a jingoistic contest of national pride.

The competitive element of African colonization between these nations is epitomized by the “Race to the Middle of Nowhere,” where France and Britain came to the brink of war over the mud brick fort at Fashoda on one of the tributaries of the Nile. National pride was also the main motivator for the entrance of both Italy and Germany in the Scramble as newcomers to European politics. Similar nationalist sentiment was felt across the Atlantic as the United States of America pursued its policy of “Manifest Destiny.” This was done through a series of wars with Mexico, the Native American Tribes, and the Kingdom of Spain, the first of which  was vehemently decried by Henry Thoreau in Civil Disobedience as an example of the degeneration of republican values.

Despite the contested atmosphere of the colonization of Africa and parts of South-East Asia, World War I would prove to be the most devastating nationalist contest to date. The First World War began in 1914 through an activation of a network of alliances, and saw nations appeal to patriotic sentiment and national unity at an unprecedented level. The nationalist sentiment during the war was motivated by irredentist claims on both sides. The French claimed Alsace-Lorraine, and the Ottoman Empire campaigned to recover the “three provinces” in Eastern Anatolia that were ceded to Russia in 1878. Furthermore, the Entente worked to undermine the Central Powers from within by promising cooperative peoples independence and promoting nationalist movements like Pan-Arabism in the Levant and Mesopotamia.

Finally, the Treaty of Versailles used nationalism as a benchmark to divide the vanquished, creating “homogenous” national entities such as Yugoslavia and Poland. Nationalism was also responsible for an unintended consequence of Versailles: the vengeful attitude of the soon to be Axis members of the belligerent nations. Indeed, the stringent terms of the treaty left Germany with a feeling that its entire nation had been cheated and paved the way for the rise of Adolf Hitler. Similarly, it alienated Italy from the Entente powers and its national feeling of not being adequately compensated was exploited by Mussolini to establish Fascism.

The Challenges to Nationalism: Liberalism, Free Trade, and International Socialism

The nineteenth and twentieth centuries were not without alternative ideologies to nationalism. Early theories of capitalism and free trade were developed in the 18th century and heavily influenced by the Scottish Enlightenment. These ideologies sought to erase borders, at least where commerce and economic activity was concerned. Theorists such as Adam Smith and David Ricardo posited that reduced tariffs and economic barriers would improve the general prosperity of states. They saw government interference in the economy, manifested in jingoistic protectionist measures, as weaknesses to the commonwealth and society as a whole.

The United Kingdom initially took this ideology to heart, especially by the successive liberal governments of the nineteenth century. The governments of William E. Gladstone epitomized Britain’s early commitment to the values of free trade and its rejection of nationalist policies. This was exemplified by its early pursuit of indirect colonization in Africa and Southeast Asia, which relied on the cooptation of Indigenous chiefs and on chartered companies instead of an overbearing colonial bureaucracy. Eventually, Britain became more reserved and moved away from the ideals of liberalism as the Great Depression took its economic toll and the Queen’s colonies showed an increased determination for freedom.

In direct opposition to liberal capitalism, the political ideologies of socialism and communism also advocated for extra-national politics. The publication of Karl Marx’s The Communist Manifesto in 1848 and Das Kapital in 1867 dramatically altered political thought in Europe and the world. Marx envisioned a unique progression of human history that moved from the medieval feudal state, through to his contemporary bourgeois period, and eventually into an era of communist utopia characterized by the dominance of the working class. By presenting the progression of human society in this manner, Marx made the distinctions between nation and culture irrelevant. Instead, mankind was divided into the bourgeoisie and the proletariat. Communism provided an alternative to nationalism by putting forward the idea that men were united across borders by their socio-economic class.

Inspired by Marx, prominent revolutionaries decried what they saw as the abuses of capitalism across the globe. In writings such as Imperialism, the Highest Stage of Capitalism published by Vladimir Lenin in 1917, the doctrine of international socialism was refined and disseminated around the world. The first major communist revolution in the Russian Empire in February 1917 gave hopeful revolutionaries in Europe and abroad a model to emulate, as Lenin and his associates advocated for a wave of global socialist revolutions. Indeed, the international character of the communist movement was exemplified by the successive global communist organizations, the so called “Internationals,” and the Socialist anthem, “The International.”

The international orientation of the Union of Soviet Socialist Republics, the only officially communist regime at the time and self proclaimed leader of communism, did not survive the ascension of Lenin’s successor. The USSR had already gravitated away from internationalism during the Russian Civil War when the leadership appealed to the various nationalities within the Tsarist borders with promises of provincial autonomy and even independence in exchange for support. Indeed, the 1922 Soviet Constitution included provisions for popular self-determination of ethnic peoples, including secession from the Soviet Union. Those that remained within the USSR were organized into quasi-national “Soviet Socialist Republics” and amalgamated into the union.

The creation of a national Soviet consciousness was completed under the reign of Joseph Stalin, who exiled and murdered other proponents of international socialism, such as Leon Trotsky.  Stalin aimed to advance his conception of the nation as a “historically constituted, stable community of people, formed on the basis of a common language, territory, economic life, psychological make up, and common culture.” He implemented a brutally repressive policy of “Russification” that led to developments such as the standardization of the Russian language and the deportation of entire populations of ethnic minorities, such as the Crimean Tartars.

In conclusion, the nationalism of the past was very different from the one we see today. Originally conceived as a unifying ideal, nationalist thought contributed to the creation of modern Europe. It was also the leading factor in the nineteenth century competition that was expressed through colonialism and war. The subsequent development of the rival, internationally oriented  ideologies of capitalism and communism further shaped history in the the titanic struggle of the Cold War.