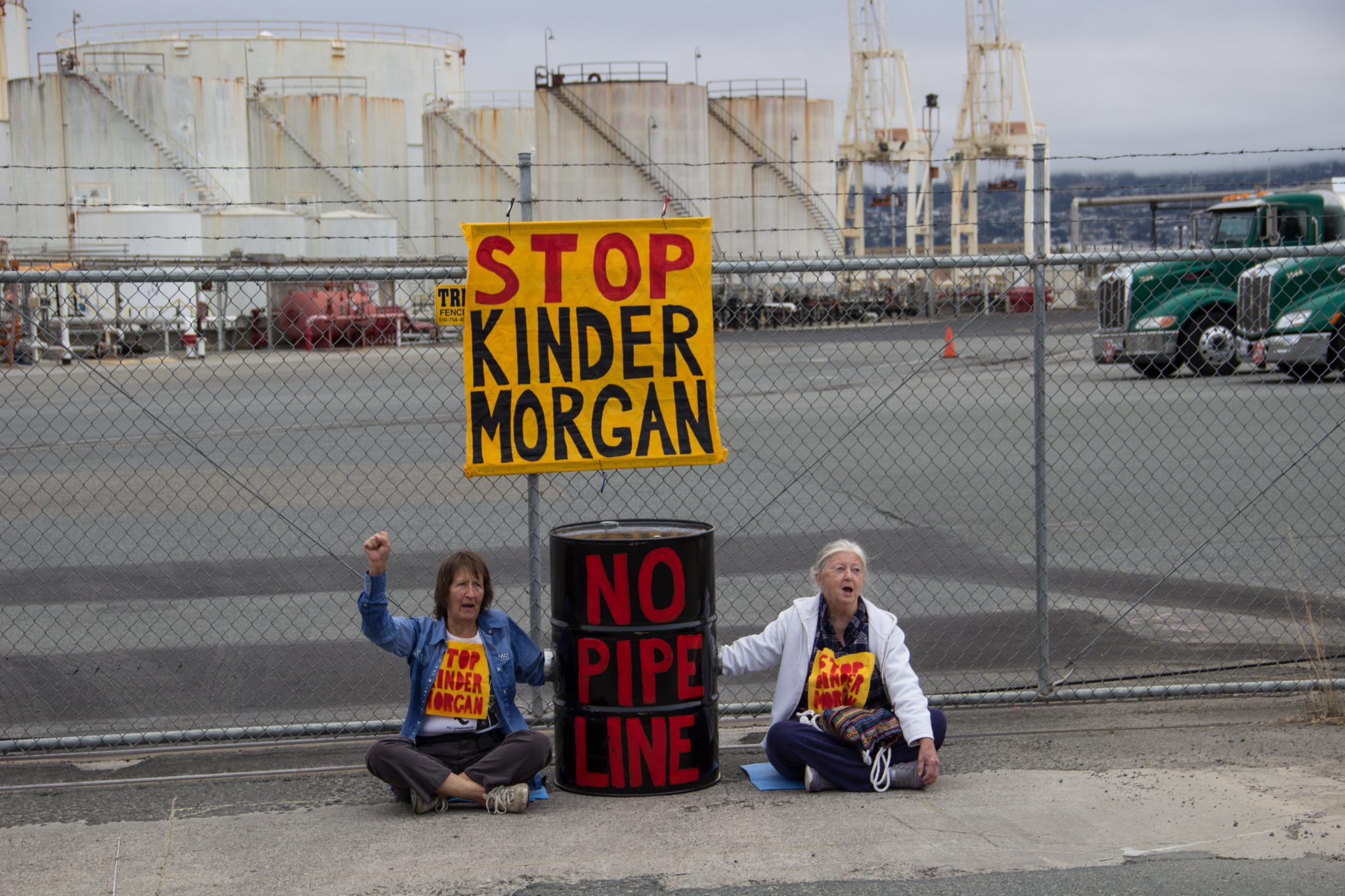 Alberta Premier Rachel Notley recently announced a ban on wine imports from neighbouring British Columbia. This came in response to B.C.’s proposed restrictions on bitumen shipments to the West Coast from Alberta. These actions represent the latest in an escalating inter-provincial dispute over the Kinder Morgan Trans Mountain pipeline expansion, which BC Premier John Horgan opposes, and Alberta Premier Rachel Notley supports.

Horgan has called for more thorough assessment of the oil-spill risk from the pipeline expansion, which Notley sees as a petty tactic to delay the crucial economic project. Notley has further argued that the B.C. government is overstepping the protocol for pipeline approval, while Horgan maintains that they are acting fairly and that the Albertan government has gone too far with recent trade sanctions. All in all, this makes for a very ugly quarrel. Disputes between provincial governments are not uncommon. What makes this situation noteworthy, however, is that both governments are part of the same party: the New Democratic Party.

The inconsistencies between levels of parties running under the same label has an impact that runs much deeper than policy differences. In Canada, “unlike [in] almost any other country”, citizens often “vote for one party at the federal level and another at the provincial level.”[1]

The distinctness of parties running under the same label in different jurisdictions is a phenomenon unique to Canada. A complex set of factors drive this phenomenon, including intra-party integration and Canadian regionalism.

Parties in Canada distinguish themselves by their weak intra-party linkages between the federal and provincial wings. This is perpetuated through institutions and processes which categorize and distinguish between levels within the party. For instance, Canadian political parties typically hold separate conventions at the federal and provincial level.

The reduced control of the federal party leadership over regional leaderships means that provincial parties can evolve with few limitations from the federal wing. This allows different wings of the same party to grow apart, as is seen in the case of the BC Liberals moving to the right in the absence of a provincial Conservative party.

Weak integration between different levels within a party leads factions in different provinces to grow apart.  This can create conflict between governments of the same party, as is the case for the pipeline dispute between NDP governments in Alberta and BC.

Diversity of Issues Across Regions

As the second largest country in the world by land mass, Canada faces a unique issue of broad regional differences. The needs of Nova Scotians are vastly different from the needs of Albertans or of residents of Nunavut. As such, successful provincial parties must naturally adjust their platforms to address the specific needs of their constituents. Frequently, regionalism results in harmless differences between provinces. Sometimes, however, regional issues leave leaders of the same party on opposing sides. This is what was seen in the case of the pipeline dispute between Alberta and B.C.

The New Democratic Party as a whole is generally supportive of increasing environmental protection and reducing or eliminating fossil fuel consumption. Since BC relies little on the oil and gas industry for economic growth, it is in the BC NDP’s best interest to pursue environmental protection at the expense of oil production and transportation. For Alberta, however, the oil and gas industry plays a much larger role, accounting for over 140,000 jobs.

With the oil industry forming a major source of jobs and livelihood for many Albertans, a reduction in oil extraction also means a reduction in jobs and a subsequent potential for increased unemployment. Because the NDP has its roots in the labour movement, Notley’s decision to prioritize employment in the oil sector and a slower transition to renewable energy is well-based in New Democratic philosophy.

As was expressed by federal NDP leader Jagmeet Singh, both Horgan and Notley are “doing exactly what [they] promised to do.” Beyond justifications based on principle, both premiers are also acting in the most strategically beneficial fashion to maintain electoral support. Regionalism, combined with weak intraparty cohesion, leads “provincial parties [to be] concerned first and foremost with their electoral success, not that of their [provincial or federal] counterparts.”[2]

Supporting labour and protecting the environment are both fundamental policies of the NDP. Regionalism in Canada has led to the divergent prioritization of these issues across provinces. The diversity of regional issues is thus a fundamental contributor to discrepancies among wings of the NDP.

The current dispute between governments of the same party may seem like an anomalous fluke, but this is far from true. The conflict between the B.C. and Alberta NDP governments is instead symptomatic of idiosyncrasies embedded in the Canadian political system, including structural intra-party weakness and pervasive regionalism.