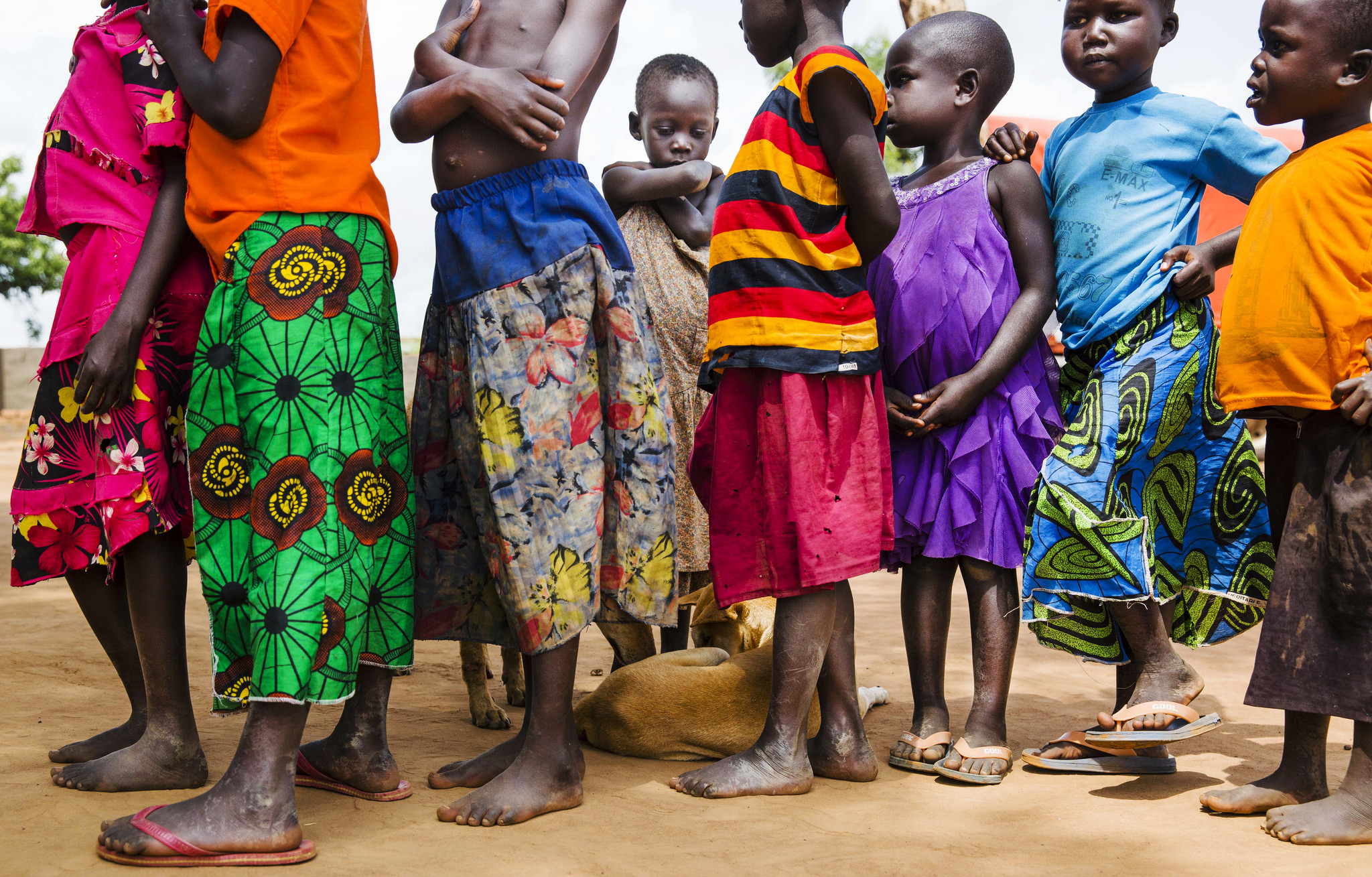 Since the South Sudan civil war erupted in December 2013, around 50 000 people have been killed. Additionally, over 2.3 million people have fled their homes, half the population is at a severe risk of starvation, and 70% of schools have been forced to close due to the fighting.

Large scale violence and bloodshed has long been a reality for South Sudan, even before it emerged as a state. A fierce battle for national independence from Sudan lasted 22 years, and was waged between the predominantly Muslim, Arabic-speaking North and mostly Christian secessionists from the South. It was not until 2011 that the Republic of South Sudan officially came into existence, making it the youngest nation on earth.

Across the globe, political leaders perceived the creation of South Sudan as a victory for peace. Donald Payne, a member of the New Jersey Democratic Congress and the co-founder of the Sudan Caucus, affirmed it was “a victory for the oppressed.” The US ambassador to the UN at that time, Susan Rice, said it was “a day of triumph for all who cherish the rights of all people to govern themselves in liberty and law.”

But the outburst of enthusiasm didn’t last.

Throughout the struggle for independence, much of the tensions among the two largest ethnic groups, the Dinka and the Nuer, were swept under the rug. Those conflicts were set aside as they were considered of lesser importance than the overarching goal of independence from the north. But they were never resolved. Once the fight for independence reached an end, and once the task of building a new country became essential, these tensions bubbled up to the surface.

How It All Went Wrong

At the beginning of his rule, it seemed that the country’s new president, Salva Kiir, was intent on preventing ethnic tensions from tearing apart the already fragile country.  In his speech to mark South Sudan’s official independence on July 9, 2011, Salva Kiir stated “May this day mark a new beginning of tolerance, unity and love for one another. Let our cultural and ethnic diversity be a source of pride and strength, not parochialism and conflict… We are all South Sudanese.” He even appointed Riek Machar, an ethnic Nuer, to the Vice Presidency. At the time, the move was significant because Salva Kiir was a member of the rival ethnic Dinka tribe, the largest ethnic group in the country. It thus meant that two rival ethnic groups shared power.

But the hopes for unity that the government conveyed were dashed as early as July 2013, when Kiir fired Machar along with all his cabinet ministers and deputy ministers,  sacking his entire cabinet. The decision was influenced by Machar’s public criticism of Kiir’s presidency in early 2013. Machar had also expressed intent of opposing Kiir’s presidency in 2015. The relative stability that characterized the rest of the year was eventually disrupted in December 2013, when clashes emerged between Machar’s forces and those loyal to Kiir. The latter accused Machar of attempting a coup, but others claim the eruption of violence was due to an attempt at disarming guards of the Nuer ethnic group.

Although the exact circumstances of the escalation of violence are still debated, one thing is certain: the clash quickly intensified to all-out ethnic conflict, as more people took up arms to defend the side to which they are loyal. This rapid descent to bloodshed is related to longstanding tensions between the two rival ethnic groups from which both Kiir and Machar drew much of their support. Within the first week of fighting, more than 1,000 people were killed and approximately 100,000 were displaced. Machar fled along with the loyal Nuer divisions of the army.

However, while this conflict lies primarily along ethnic lines, there are also important political elements that cannot simply be ignored. Fighting often revolves around the control of South Sudan’s plentiful oil supply, which represents around 98% of the country’s budget. Thus, while tribal tensions have been exploited by elites to rally support, the conflict eventually evolved into “a multifaceted war where allegiances shift rapidly depending on access to resources, unaddressed grievances and the opportunity for individual politicians and military commanders to exploit the situation to press for military and political advantage.” Indeed, members of each ethnic group have not exclusively fought on their own side.

It was only after tens of thousands had been killed, and more than 1.6 million people had been displaced, that diplomatic efforts led to a peace agreement in August 2015. Negotiations were catalyzed and propelled forward by the threat of international sanctions should the two ethnic groups fail to sign a peace deal. By the stipulations of the agreement, Riek Machar was to return to Juba and resume his functions as vice president.

But it didn’t take long for the peace deal to collapse.

In a move that demonstrated his fear of returning to the capital, Machar insisted on bringing many of his own fighters back to Juba with him. This renewed violence between two rival forces in July 2016. Machar fled the city once again. In January 2016, a UN Security Council panel of experts concluded that: “Both sides have continued to seek to arm their forces, even after the signing of the peace agreement.” Despite this conclusion, the UN Security Council yet again failed to approve a resolution to impose an arms embargo on South Sudan in December 2016.

The ongoing fighting between government and rebel forces has resulted in the third-largest refugee crisis in the world, after Syria and Afghanistan. As of June 2017, more than 1.9 million people had fled the country for neighbouring states, whose borders have all remained open. Of those countries, Uganda has hosted the largest influx of South Sudanese refugees. Around 220 000 people have sought refuge in the UN camps whose purpose is to protect civilians, but which often fail at that.

After four years of conflict, the threat of famine is looming. Nationwide food shortages are the result of farmers’ inability to plant or harvest crops under the violent circumstances. Villages or houses are often destroyed, burnt, or looted. Both parties attack means of sustenance of civilians. Ultimately, hunger becomes “a weapon of war.” Alicia Luedke, South Sudan researcher for Amnesty International, reports ‘both government and opposition forces have used food as a weapon of war, ranging from restrictions to civilian access to food, actively preventing food from reaching certain areas, systematically looting food and markets and homes and even targeting civilians carrying small amounts of food across front lines,” as reported Alicia Luedke, South Sudan researcher for Amnesty International.

From abductions and rapes of women, to the use of child soldiers, torture, and attacks on humanitarian workers — the South Sudanese population has been spared little atrocity.

Given that many regional countries are entangled in this conflict by supporting or directly arming local armed forces, there is also a prevalent fear that South Sudan’s civil war will drag the region into a regional war.

Today, it is widely argued that the creation of a stable and democratic state was out of reach at the time of South Sudan’s independence. This is mostly because the leadership of the ruling party of Salva Kiir, the Sudan People’s Liberation Movement (SPLM), was drawn from military rebels that fought for independence, and therefore proved ill-equipped to deal with political problems in a non-military fashion.

Although the conflict is pressing and much in need of diplomatic initiatives for its resolution, a simultaneous concern ought to be preventing it from getting worse. In 2016, Yasmin Sooka, the head of the UN commission that visited South Sudan in November 2016, predicted that “the stage is being set for a repeat of what happened in Rwanda and the international community is under an obligation to prevent it.” She claimed the team from the UN Commission on Human Rights in South Sudan ‘‘found disturbing indicators of potential impending genocide inside the country.’’

That anything can – or will – be done to prevent such an escalation of the violence appears to be highly unlikely.

That is largely due to the fact that IGAD, the Intergovernmental Authority on Development, is in charge of the peace process. Each of the IGAD member countries — Djibouti, Ethiopia, Eritrea, Kenya, Somalia, Sudan, and Uganda — have their own vested interests in South Sudan, thus making a consensus on the actions needed to stop the violence hard to reach. Further adding to the difficulty of negotiations are the dynamics within the UN Security Council, which create an impediment to a unanimous vote for an arms embargo on South Sudan. Both Russia and China are important suppliers of arms to South Sudan themselves, and unless a consensus among IGAD members is unanimously tilted in favour of a UN arms embargo, neither Russia nor China will vote in favour of such an embargo.

Supplies of weapons from international actors create a never-ending stalemate that maintains conflict. Civil wars normally end when one side loses or surrenders, therefore exhausting its military capacities and weakening its capacity to contest its rival. But because armed groups are supplied by foreign powers, this creates a scenario in which arms don’t fall short nor run out. This leaves South Sudan with few limited options.

Should an initiative fail to arise, hopes of improving the lives of South Sudanese appear to be significantly dim and remote.

But if it were to occur, any disarmament must also be accompanied by committed attempts to resolve South Sudan’s underlying political problems. Working towards implementing a national reconciliation programme, along with ensuring that the political class governs in the people’s interest, is critical to cementing peace and establishing sustainable development for the country. Comprehensive peace talks between the UN, the African Union (whose legal mechanisms are required to enforce agreements) and local armed groups, need to be carried out and taken seriously. This would give the world’s youngest state a chance to revisit the optimism that once vividly marked its birth.