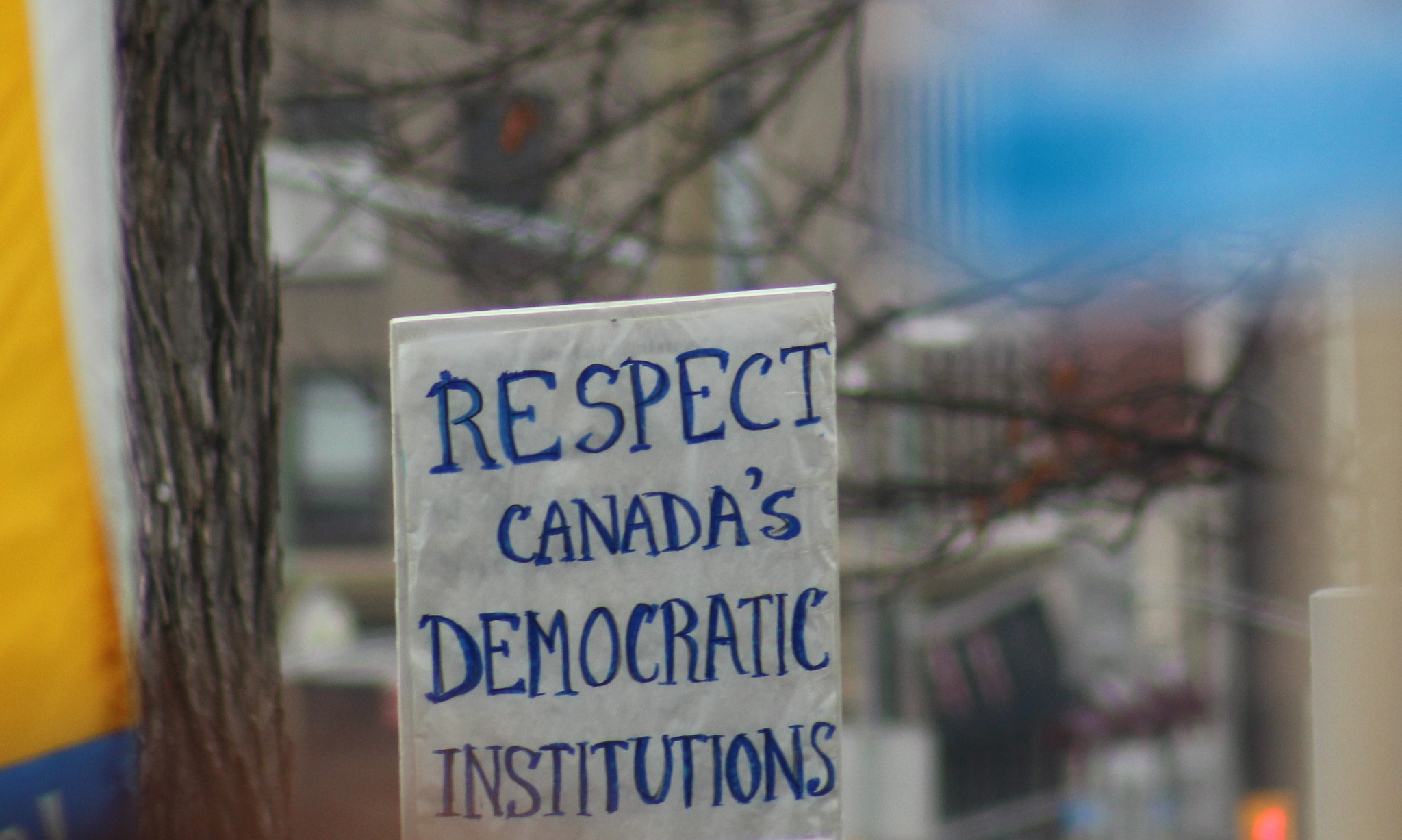 The term “democratic deficit” is used by political analysts to describe political institutions whose level of democracy fails to reach theoretical standards  of democratic governance. The term has widely been used with reference to European Union institutions which are deemed inaccessible to ordinary citizens, and to describe electoral systems which produce winners with less than half of the popular vote, as is almost always the case in Canadian elections.

Canada displays numerous symptoms of a democratic deficit, including low voter turnout, the underrepresentation of women and minorities in government, and low public satisfaction with how Canadian democracy is functioning. Much of the media coverage and conversation surrounding potential democratic issues focuses on broader, more obvious issues including the electoral system, corruption in Parliament, and an unelected upper house. While many of Canada’s institutions arguably suffer from less-than-perfect democratic processes, a major arena for shady democracy is one that is often overlooked. A growing – and largely hidden – symptom of Canada’s democratic deficit is the broken internal democracy of the nation’s political parties.

As cadre parties, Canada’s major political parties are characterized by elite stronghold on party direction with limited opportunity for meaningful engagement by the average party member. [1] Every few years, however, party members can impact the direction of the party machinery through voting in a leadership race. Unfortunately, even this seemingly simple opportunity for direct proportional democracy is often undermined by complex tabulation methods that risk skewing the membership’s wishes.

In the Ontario Progressive Conservative leadership race that was triggered by leader Patrick Brown’s resignation, Christine Elliot won 51.7% of the popular vote on the third round of a preferential balloting system. When looking at the number of ridings, Elliot also won, winning 64 ridings to rival Doug Ford’s 60 ridings. In the end, however, it is Ford – and not Elliot – who will lead the provincial Conservatives into the upcoming election.

Ford’s win over Elliot is the result of a voting system that is neither based on popular vote, nor on winning whole ridings. Instead, the party used a points system in which each riding (except three ridings with very few voters) was given 100 electoral votes, with the points proportionally distributed to the candidates in each round of preferential balloting. As such, even though Elliot won the aggregate popular vote as well as the majority of total ridings, Ford saw extremely high support in a few key ridings, ultimately pushing him over the top in terms of points.

Ford did not win the race because he was more popular overall or because he had more broad support than Elliot. Instead, he won because a few strong regions tipped an arbitrary election system in his favour. As has been seen with numerous false or exaggerated victories throughout history in Canada and elsewhere, the choice of voters was skewed and misrepresented through an unnecessarily complex electoral system. The ultimate result was an undemocratic election of a leader lacking a plurality – let alone a majority – of votes.

Beyond leadership conventions, federal parties also host biannual conventions in which the party executive is elected and policies are drafted and voted on directly by convention delegates. With just a few thousand delegates at most conventions, opportunities for direct democracy through debate and voting are theoretically well within reach. Despite the emphasis on supposed direct democracy at conventions, party elites often have a heavy hand in ensuring that the rank-and-file doesn’t get too much say.

At the recent NDP convention, many delegates complained of broken internal democracy. Prior to the convention, riding associations endorsed delegate-drafted resolutions, which were then sent in to the party executive to be categorized and “prioritized.” The national executive decided the order in which resolutions would be debated, effectively selecting the topics which would reach the convention floor. With only 42 of 398 total resolutions reaching the floor, the party leadership was mostly able to leave topics they didn’t want to discuss – like a resolution to change this exact system – off the table.

Further exacerbating the internal democratic deficit, the NDP leadership evidently ignored indicators of popular grassroots support for resolutions in their prioritization decisions, pushing resolutions with broad riding association support to the bottom of the list. For instance, a grassroots resolution on Israel-Palestine was placed at number 37 on a list of 45 resolutions, despite having 28 endorsements from riding associations. At the convention, delegates were given thirty minutes to debate and re-prioritize the lists of resolutions, but even this was hijacked by party elites. Beyond the undemocratic initial prioritization system, party staffers and MPs jammed the room in order to defeat the reprioritization of the resolution with a narrow 200 to 189 votes. Even with concerted efforts on the part of the elite to stifle grassroots voices, the party membership managed to successfully re-prioritize and pass a resolution to change the prioritization process for the 2020 convention, clearly signalling that party members are unhappy with the current state of intra-party democracy.