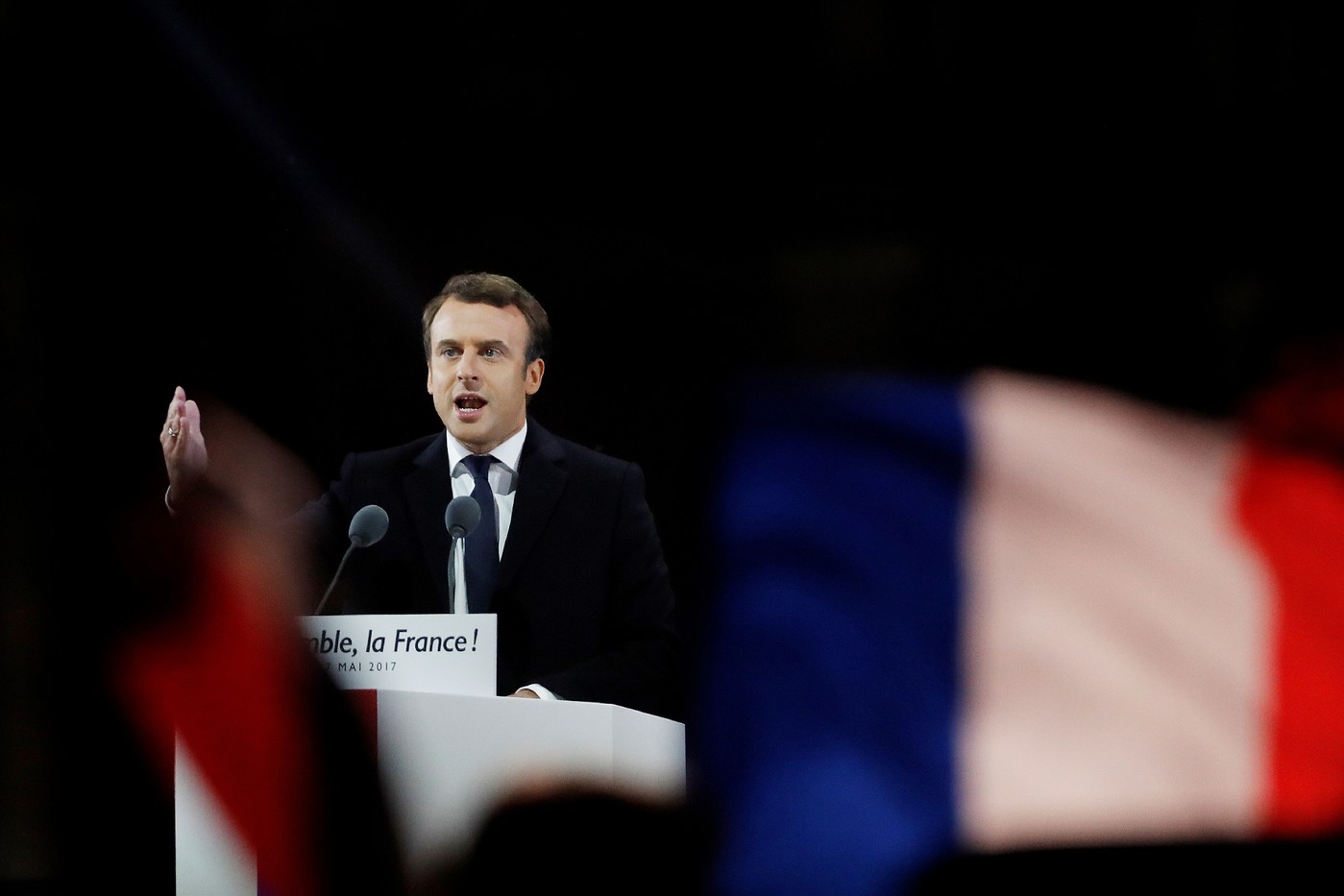 As we look back at the most important headlines of 2017, it is important to look at events that stand in contrast to previous trends and will have a lasting effect on the international community. One such event is the French presidential election in the spring of 2017. This election was closely watched both domestically and by the international community. The election was unusual because the two leading candidates, Emmanuel Macron and Marine Le Pen, belonged to neither of France’s traditional parties of power.

Since the 1950s, the French party system has been dominated by two coalitions of parties; the centre-left led by the Socialist party, and the centre-right, led by the Republican party. However, after a series of unpopular presidents, a rise in party factionalism, and growing dissatisfaction with an “out of touch” political elite, the French public was ready to vote out the establishment.

There were 11 candidates running in the first round of elections. In the second round there were only two, and neither were conventional candidates. The first was Marine Le Pen, leader of France’s far-right National Front party that has existed on the fringes of politics for many years. The other was former investment banker and economics minister Emmanuel Macron, leading the self-founded “La République En Marche!”

In the final election, Macron won with 66.1% of the vote, a significant margin of victory over Le Pen who garnered only 30% of the vote. Macron succeeded this victory in the presidential election with a large majority for his party in the June parliamentary elections , providing him with the tools necessary to realize his vision of France.

The importance of this event is deeply tied to the context of global-political trends in the year preceding it. Firstly, Macron’s win was a marked contrast to the results of the American presidential election and the Brexit vote. As elections seemed to follow a trend of surprising the establishment with far-right and nationalist results, Macron’s win was a victory for centrism. Macron’s policies are markedly centrist.

He is pro-EU, with an agenda for reform and deeper integration. Le Pen represented the far-right, nationalist voice in France, with a consistent anti-immigration, anti-EU rhetoric. Though French polls pointed to Macron as the victor prior to the election, the election was still closely watched due to recent polling errors in several political contest, such as the American presidential election and the UK’s EU referendum. Macron’s victory was not just a win for centrists, but pollsters as well.

However, there are several aspects of the election that point to a similar disenfranchisement that was seen in America with the election of Donald Trump. Firstly, the winning candidate, though centrist, came from outside of the political mainstream. Macron made millions as an investment banker and is a political outsider, not unlike Trump. Though their policies are significantly different, they both represent a dissatisfaction with mainstream politics.

Secondly, a significant portion of the population abstained from voting or cast blank or spoiled ballots. With an abstention rate of 25% in both elections, this election had the worst voter turnout in France since 1969. These high numbers are the result of left-wing voters who felt that neither candidate represented their views, not unlike an American trend of left-wing voters turning to third-party candidates or consciously refusing to vote.

Macron’s victory did not mean the death of nationalism in France. The National Front (FN) received more votes in this election than ever before, and was brought firmly from the fringe into the mainstream of French politics. Le Pen worked hard before the election to reform the party’s image from its extremist, anti-Semitic past, a legacy left by her father and party founder Jean Marie Le Pen. Prior to Marine Le Pen’s work, the FN had been isolated to the outskirts of French politics. Moving forward, she will likely continue to normalize the party and its views, capitalizing off the traction gained in 2017.

Perhaps the most important effect of this election was its influence on the future of the European Union. The European Union would have suffered heavily from a victory for Le Pen, who promised a referendum to leave the EU and focused her campaign on “putting France first” by pushing against globalization, Islamic fundamentalism, and the Union. The blow would have been particularly harsh in the wake of Britain’s vote to leave the EU. Instead, Macron was elected and the stability of the EU seemed to be secured, with France’s continued membership.

2016 was a year of political upheaval and uncertainty. In contrast, Macron’s election in 2017 election marked a shift away from extremism and towards moderation. France seemed to follow the trend of disenfranchisement with the political elite, but in the end demonstrated that alternative candidates can be moderates, and voting against the mainstream does not necessarily mean voting for protectionism.

Feature Image by French Embassy in the US, via Flickr Creative Commons. https://flic.kr/p/UBV86C