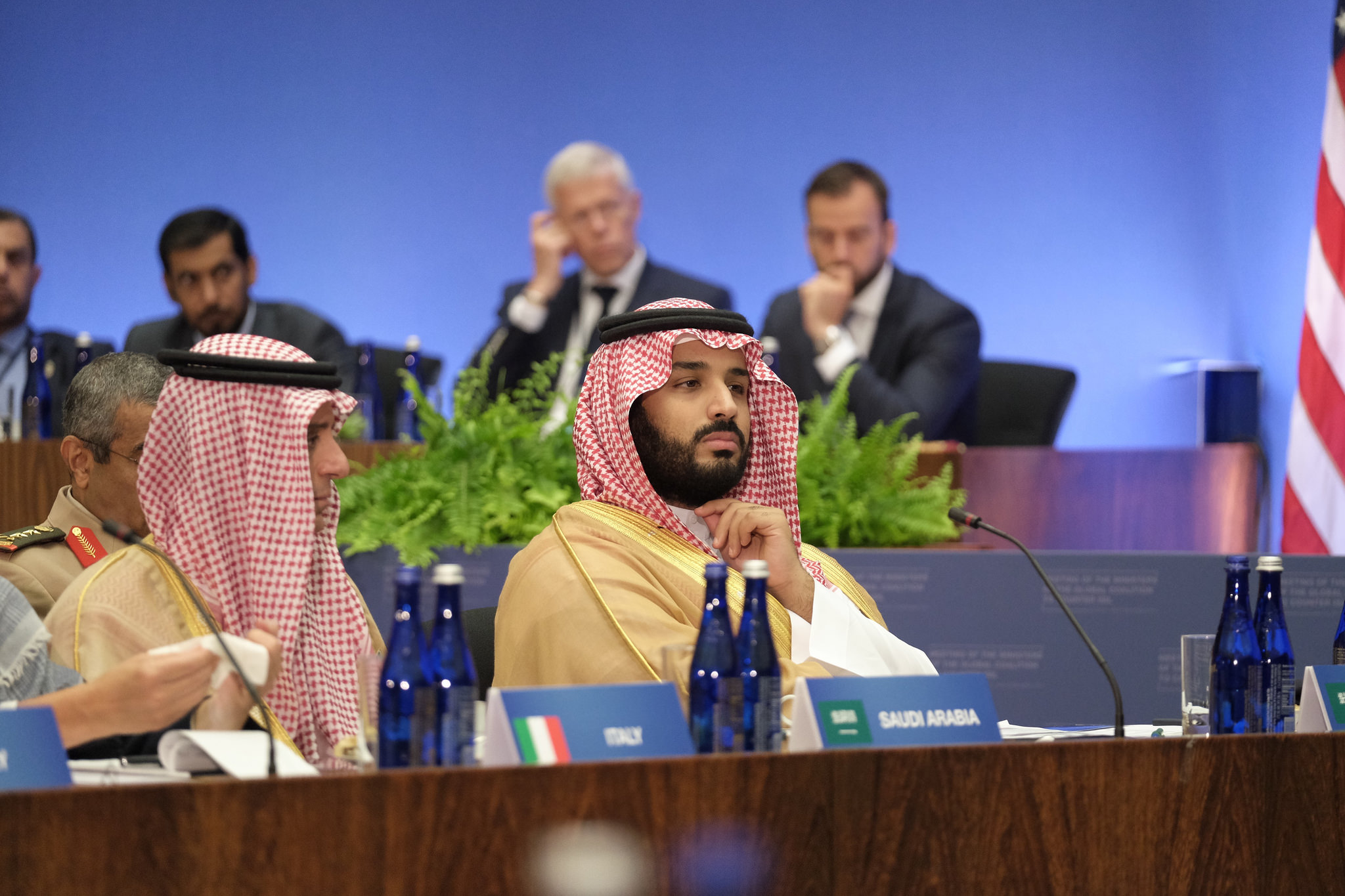 MBS replaced his cousin, Mohammed bin Nayef. MBS is King Salman’s oldest child with his third wife, and studied law at King Saud University. In 2009, he became an advisor to his father, who was the governor of Riyadh at the time. After his father was appointed Crown Prince in 2013, MBS was promoted to a ministerial position, the head of the Crown Prince’s Court.

His rise to power continued in 2015, when his father became king, and he was appointed as the Minister of Defence. One of his first actions was to launch a military campaign into Yemen alongside Saudi’s other Arab allies. To this day, the campaign has not been very successful: it has had “limited progress over the past two-and-a-half years, seen Saudi Arabia and its allies being accused of human rights violations, and triggered a humanitarian crisis in the Arab world’s poorest country.”

A few months after his nomination as Defence Minister, MBS was appointed deputy Crown Prince, second deputy Prime Minister, and President of the Council of Economic and Development Affairs. He supervised economic reforms, including the Vision 2030 Plan, the goal of which is to ensure that Saudi can “live without oil by 2020″. As of now, Saudi’s oil reserves represent a sixth of the world’s entire oil reserves. MBS’ plan is therefore highly ambitious, because Saudi is one of the world’s biggest oil producers, and the oil sector accounts for 42% of the country’s GDP.

In June 2017, King Salman relieved bin Nayef of his duties as both Crown Prince and Minister of Interior, and appointed MBS as the heir apparent to the Saudi throne. While the move was not particularly surprising (bin Salman was already the deputy Crown Prince), bin Nayef’s removal was sudden.

MBS’s appointment as Crown Prince, while still recent, already has had major impacts not only on Saudi Arabia, but also on the rest of the world. He has launched a series of domestic reforms to modernize the government and society, and has tried to solidify Saudi Arabia’s role as an hegemon in the Middle East.

Domestic Reforms: A Step Towards Modernization

One of MBS’ first major actions as Crown Prince was to orchestrate a purge of the Saudi government. Eleven princes, many powerful royals, were arrested. Most of them were older and more conservative than MBS, and likely opposed his desire for reforms. Furthermore, 38 past, current, and deputy ministers were arrested, mostly on corruption charges. The commander of the Kingdom’s naval forces, and Minister of the National Guard were also victims of the purge, indicating MBS’ desire for monopolizing power. Since MBS also serves as Minister of Defence, the National Guard was the only security force that MBS did not oversee. The purge also targeted the religious establishment, especially more conservative clerics, and prominent businessmen.

The intent of the purge was presumably to remove more conservative voices within the government and to allow MBS to consolidate power; a necessary condition to implement his desired reforms. It seems to have worked as intended, because he has successfully implemented series of domestic reforms since then.

Some of the most important domestic reforms have improved women’s lives in the kingdom. The driving ban for women was finally lifted, meaning that women are now able to drive for the first time in the country. Until the ban was lifted, women who drove in public could be arrested and fined. While the international community and many Saudis rejoiced, some more conservative voices objected to the lifting of the ban.

Another major reform removed some restrictions on women spectators in sports stadiums. Women will now be allowed to attend sport events in three stadiums, all located in major cities in the country. While it will still be illegal for women to enter other sport stadiums, the reform is still a step in the direction of a more equal society. The last major reform regarding women is that women who divorce are now allowed to retain custody of their children without having to file a lawsuit first.

Despite MBS’ reforms, gender equality is still far from being achieved in Saudi Arabia. Women still have to follow a strict dress code, and need to receive permission from their male guardian to travel, work, and access healthcare. However, his reforms are a step in the right direction, and could have an important impact on the life of Saudi women.

Other domestic reforms orchestrated by MBS since his rise include major investments in technology. For example, the country will invest in Neom, a new city that will be built by the Red Sea. The project, which is currently estimated at $500 billion, was presented as a “civilizational leap for humanity” by MBS.

MBS has also continued to pursue his Vision 2030, one of his main projects before becoming Crown Prince. Vision 2030’s main objectives are to end Saudi dependence on oil, and to modernize the country by integrating more women in the workforce and encouraging young workers to ‘‘seek careers less dependent on government subsidies and more based on private sector entrepreneurship.”

He is an ambitious ruler, and does not seem to be constrained by the established norms. He could plausibly rule for a long time, given he is only 32. He has the potential to profoundly change Saudi society forever, but it is by no measure an easy task.

MBS’ ambition is not limited to just the domestic sphere. Already, as Minister of Defence, he had indicated his desire for the growth of Saudi influence when he led the Yemen invasion. As Crown Prince, he has continued his aggressive foreign policy, and has done his best to establish Saudi Arabia as an hegemon in the Middle East.

MBS’ 2015 campaign against Yemen is still raging. To complicate the situation, last fall, two missiles were launched towards Saudi Arabia by Yemeni rebels, and Saudi blamed the launch on Iran. Saudi and Iran have been involved in many proxy wars over the years to try and establish their influence over the Middle East. Yemen is one of the more prominent proxy wars: the Saudi coalition has been fighting the Houthi rebels, who are believed to be funded by Iran. MBS’ strategy in Yemen indicates he is willing to keep fighting Iran to maximize Saudi’s influence in the region.

A few months into MBS’ time as Crown Prince, a strange incident happened with Saad Hariri, the Lebanese Prime Minister. Lebanon is a country split between Shiite (the dominant religion in Iran) and Sunni (the dominant religion in Saudi) Muslims, but Hariri had always been an ally of the Saudis. In November, while Hariri was on a visit to Saudi, he was handed a pre-written letter of resignation that he was forced to read on television.

It is suspected that Hariri was not seen as loyal enough by MBS, who decided it was time to remove him. However, Lebanese President Michel Aoun refused to accept the resignation (unless Hariri delivered the speech in person), and Hariri ended up rescinding his resignation. While MBS’ stunt to increase his power in Lebanon did not work, it is still a good indication of increasing hawkishness in Saudi’s foreign policy.

MBS’ rise as the Crown Prince of Saudi Arabia is a major political event. In less than a year, MBS has already launched many domestic reforms directed at modernizing the country. Saudi’s hawkish foreign policy tendencies have strengthened under his rule. MBS is only 32 years old, and he will probably become king once his father dies, which means he will be in power for a few decades to come. Given what he has achieved in such a short time, Saudi Arabia will most likely be changed forever by the time his reign is over.

Feature Image by US Department of State, via Flickr Creative Commons. https://flic.kr/p/Kmvexe