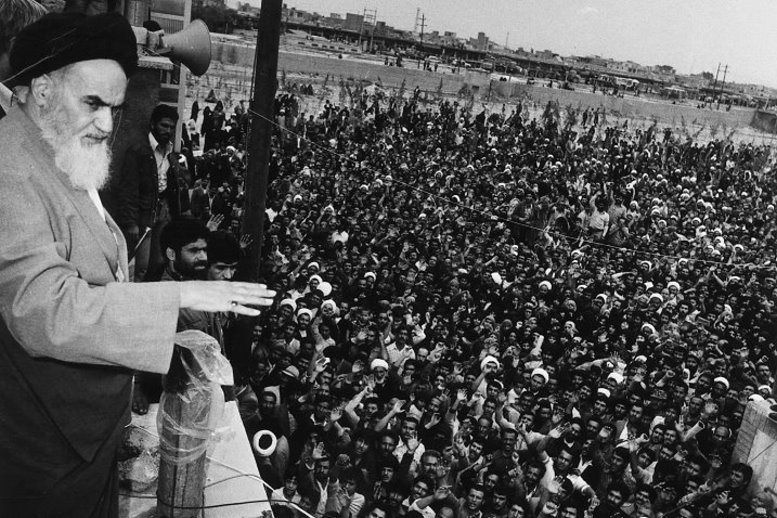 Perhaps one of the most defining moments in politics in the Middle East last year was the 2017 Presidential election in Iran, which was followed by a series of protests that rattled the nation. Iran has been a theocracy for years, but the results of the election and the subsequent widespread protests suggest its potential demise.

A theocracy translates to a government ruled by God, yet a broad definition of such a system entails a “government by a clergy, or a self-appointed group who claim to speak and act on God’s behalf.” [1] In his paper on The Rise and Demise of Theocracy, Ferrero uses a more specific translation of the term, defining theocracy as “a political arrangement by which the main functions of secular government are discharged by a priesthood who double as secular officials.” [2] Both definitions highlight the authority of religious figures, implying they have legitimate ruling power derived from God. As a result, such a system was implemented in Iran. Theocracy often prospers in countries where there is already an established dominant religion.

Prior to the Revolution, Islam had been the official religion of Iran for many years. Nonetheless, the government had remained secular, yet this changed with the Revolution, which entrenched the influence of religion. The end of the Iranian Revolution of 1979 began the theocracy under the rule of the religious leader, Ayatollah Ruhollah Khomeini. The Ayatollah is the so-called “priesthood” who rules as the supreme leader, making the crucial decisions for the country and has ultimate authority over governmental bodies and institutions.

Iran is considered a fundamentalist theocracy. The constitution bears some resemblance to that of the modern constitutionalism, with the inclusion of some, though limited, democratic elements. While the general population has a right to vote for the president and members of parliament, the constitutions give a great amount of authority to the Islamic Sharia law. It is the “supreme law,” and the constitution includes numerous clauses that give the Supreme Leader de facto authority. [3] This authority manifests in the Supreme Leader’s control of the judiciary, which oversees the legitimacy of most bodies of government. The Guardian Council consists only of members appointed by the Supreme Leader. This type of theocracy includes some arbitrary democratic elements yet is reconstructed in a way to implement the principles of theocracy. [4]

The current supreme leader is Ayatollah Ali Khamenei, who has been ruling with an iron fist for the past 29 years. He has the sole authority to make domestic and foreign decisions, complete control over the parliament and the armed forces, and must approve any potential changes presented by the executive. It is challenging for any opposition to rise against the Supreme Leader because it would simultaneously challenge the theocracy.

Ferrero argues that “one is hard pressed to find historical evidence of the peaceful, voluntary demise of a theocracy” as most have been “terminated by outside force or pressure.” [5] There are merely two scenarios where the countries faced a peaceful transition from theocracy to monarchy, which took place in Oman and Bhutan. [6] The removal of this system becomes even more challenging, especially if theocracy has been rooted in a country for a long period of time. However, Ferrero argues that theocracy will continue unless the government’s ineffectiveness turns unbearable. [7] This could potentially be the case in Iran.

The main candidates in the 2017 presidential election were incumbent Hassan Rouhani of the Reformist party and Ebrahim Raisi of the Principlist party.  Rouhani and Raisi represent the two different, and arguably opposing sides of the political spectrum in Iran; the Reformists have a more liberal approach, while the Principlists advocate for conservative values. During the campaign period, President Rouhani promised to continue with his economic reforms, openly encouraged negotiations with the West, and advocated for more rights such as “freedom of association, and freedom of thought.”

President Hassan Rouhani was re-elected into office with a high turnout of approximately 70%. The results of the election accentuated how Iranian citizens prefer a  liberal, reformist approach, so much so that they refused to vote for a clergyman who promised to preserve conservative, religious values. The Supreme Leader had even spoken against the Rouhani campaign by criticizing his foreign policy goals, and therefore indirectly supporting Raisi. The re-election of Rouhani not only a called for reform, but challenged the conservative approach, the Supreme Leader, and even the theocracy.

This challenge was even further accentuated with the series of protests that broke out in December. Iranians showed their great discontent with the current system, with the Ayatollah Khamenei, and the way government is run, going as far as calling for a return of the monarchy.

Rouhani’s election and the subsequent protests symbolized a movement from the Iranian citizens to implement concrete institutional change. The protests were not merely against the Supreme Leader but also against the newly-elected president, Rouhani, which demonstrates how even the democratic elements of theocracy are no longer pacifying the citizens. The call for reforms and the public outrage with the religious and governmental figures hint at a future demise of theocracy.