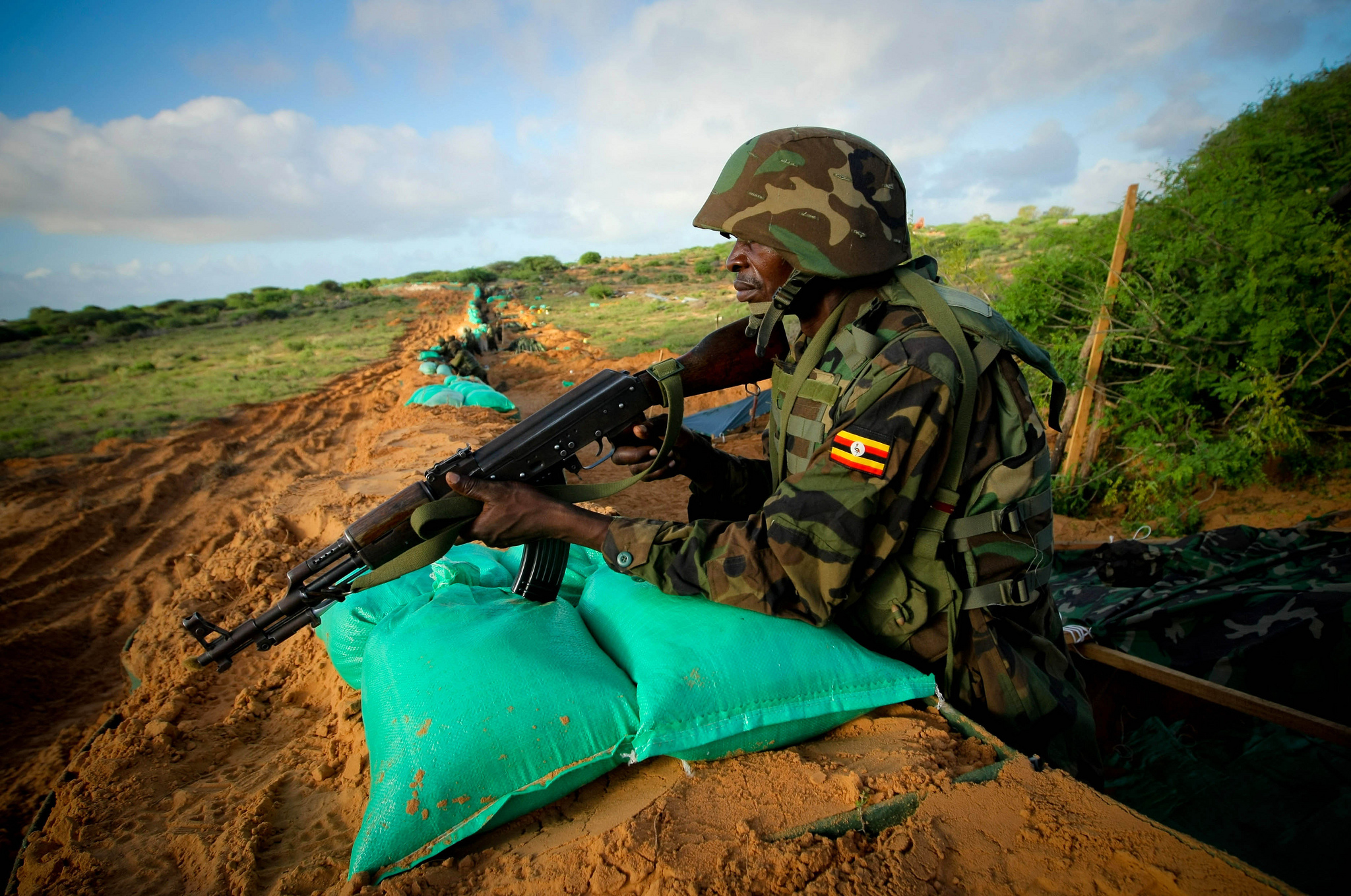 Somalia’s contemporary history is that of a country’s shift from a time once prosperous, independent and democratic, to a military dictatorship, civil war, and ineffective institutions. The ongoing civil war has damaged Somalia’s infrastructure and economy and caused a million Somalis to be internally displaced. Somalis have also sought refuge in neighbouring countries, where they number 4.6 million in Ethiopia and 2 million in Kenya. Hundreds of thousands have also fled to the UK, Canada and the United States.

But Somalia has not always been unstable. After gaining independence from Britain and Italy in 1960, Somalia held free and fair elections in 1969. Rule was considered democratic from 1960 to 1969 – a decade of during which Somalia was labelled the “Switzerland of Africa.” However, this period abruptly ended with a military coup led by General Siad Barre, whose controversial rule lasted 22 years. Although Barre’s regime built a strong army and improved literacy, it was widely criticized for despotic measures such as dissolving parliament, banning political parties, arresting politicians, and limiting press freedom. In 1991, increasing opposition to Barre’s regime led to the rebellion of northern and southern tribes and weakened his grip on power. Rebel overthrow led to an ongoing civil war in which countless factions compete for power and foreign entities frequently intervene. The continuous bouts of violence and resultant collapse of functioning national institutions has been tearing the country apart for the last 25 years.

Internal Divisions, and Attempts to Peace

Early UN missions failed to restore stability in Somalia. Forces of the ‘‘Operation Restoration Hope’’ and UNOSOM eventually left the country. The former mission, approved by the UNSC in 1992 and led by the United States, intended to protect food shipments from the warlords. However, the shooting down of two U.S. helicopters, which killed 18 US Army rangers and one Malaysian UN soldier,  resulted in the formal withdrawal of the U.S. from its mission in Somalia. Despite its stabilizing potential, UNOSOM troops also eventually left the country in a state of war, partially because of its conflict with the powerful warlord Gen. Mohammad Farah Aidid.

After the 1991 coup, Somalia attempted to form a central government multiple times. But the domination of the TNG (Transitional National Government) by Mogadishu-based clans posed a problem to the establishment of a unified national government. The TNG was supported by the Arab world, opposed Ethiopia, and had Islamists in its alliance. It was opposed by Somali Reconciliation and Rehabilitation Council (SRRC), a loose coalition of vehemently anti-Islamic clans backed by Ethiopia and led by Abdullahi Yusuf.

In what constituted Somalia’s 14th attempt since the 1991 coup to put together a central government, the peace conference sponsored by the Intergovernmental Authority on Development (IGAD) in 2003 led to Ethiopia’s stake allowed it it to influence the choice of president and prime minister. The peace process the inauguration of an interim government, the Transitional Federal Government, led by Abdullahi Yusuf, failed to properly address to root causes of the conflict. Some militia leaders refused to cooperate with the TFG cabinet, and the rigid opposition refused to consider any capital outside Mogadishu. The Mogadishu-group was resistant to give up power.

In 2006, the now-defunct Islamic Courts Union, a group of Sharia courts that united to rival the TFG, split into different factions. One of these factions was Al-Shabaab, which engaged in political assassinations of Somalis suspected of involvements with the TGF. By mid-2005, the Islamic Courts Union, or SCIC, constituted the strongest political and military force in Mogadishu. This upsurge in violence and guerrilla war tactics encouraged the creation, in 2007, of a contingent of AU peacekeeping forces (AMISOM). Under a joint UN and AU mandate, the mission was constituted of 22 000 foreign soldiers (from Djibouti, Ethiopia, Kenya and Uganda) who came to Somalia to attempt to bring peace and protect the Transnational Federal Institutions (TFIs). Their arrival came as the fighting intensified between the TFG, backed by Ethiopia, and insurgent groups, including clan militia and Al-Shabaab. The fighting resulted in the displacement of around 700,000 people from Mogadishu in 2007 alone.

Today, Al-Shabaab still controls a large part of the south and its aim is to topple Somalia’s Western-backed federal government. It constitutes the major threat that Somalia is facing. Though counterinsurgency efforts have seen some success, AMISOM and Somali troops have not been able to eliminate the threat.

Al-Shabaab’s potency as a threat is demonstrated by two recent attacks in September for which which they have claimed responsibility. On September 10th, 2018, a suicide bomber detonated explosives in a vehicle in Mogadishu, killing at least six people and wounding 16 others, the majority of whom were soldiers and district workers. This was the second important attack on the capital this month. At least 6 people were killed at Howlwadag District headquarters on September 2nd. This put an end to a period of relative calm in the city. Prior to the September 2018 attacks, Al-Shabaab was also blamed for truck bombings in October 2017, claimed responsibility for an attack on a Kenyan military base in January 2016, and carried out the 2015 Garissa University massacre in Kenya.

Al-Shabaab still dominates in many rural areas, despite its loss of control in most towns and cities. Indeed, they were forced out of Mogadishu in 2011 by African Union troops and left the valuable port of Kismayo in September 2012. This damaged group’s finances by removing access to the city’s lucrative charcoal trade. Although Somali and African Union troops forced Al-Shabaab out of their strongholds and the main towns it once controlled, the insurgents remain a potent threat. Al-Shabaab still carry out attacks targeting hotels where government officials and Somalis from the diaspora meet. They also sometimes regain control of lost towns.

Insecurity caused by this group constitutes a challenge to efforts to stabilize the country and strengthen Somalia’s already fragile UN-backed government. The internationally supported government installed in 2012 made it seem like the country was moving towards stability, as the TFG’s interim mandate ended and the Federal Government of Somalia was established. But the Al-Shabaab militant group continues to carry out numerous attacks on the capital, along with other insurgent groups like Al Qaeda who have made gains in Somalia.

Although Al-Shabaab has lost their foothold in many of its strongholds in the past seven years, it continues to benefit from the conflict’s stalemate. The country’s government is too weak and corrupt to be considered credible, and AMISOM troops, though effective, fall short in supplying sufficient numbers to exercise consistent military pressure against the group. The Somali National Army (SNA) has proved unable to counterbalance this shortfall, allowing Al-Shabaab to continue its terror operations which counteract progress and further entrench the stalemate.

Excluding changes that must be made at the strategic level, AMISOM’s mission has gone as far as it can – it consists of 22 000 troops from five countries, and nearly 400 police officers. Its challenge, however, is that it is fighting a group that operates in a country almost the size of Texas. If one were to consider counterinsurgency doctrine, 47 000 troops would be needed to face up to Al Shabaab in relation to Somalia’s 10 million inhabitants, more than double what AMISOM currently has. The lack of military command further hinders the efficiency of the mission, as troops tend to report to their home capitals before Mogadishu, creating confusion and costly time delays. Due to its inefficiency and disorganization (except for a few elite units), the SNA has been unable to make up for these shortcomings. This is partly because soldiers remain loyal primarily to their clans instead of Mogadishu. Despite the hundreds of millions of dollars spent to improve the SNA, there has been little actual improvement in the army.

In March 2017, US President Donald Trump approved a Pentagon operational plan suggesting that security matters, currently in the hands of African Union forces, would be handed over to Somalia’s forces within two years of combat against Islamist militants. But authorities later claimed that Somali forces were not prepared. The UNSC voted in favouring of postponing the reduction of African Union troops in Somalia until February 2019, instead of in upcoming October. It also voted to delay the transfer of security to Somali forces to December 2021.

However insufficient the troops may be, a full withdrawal is inconceivable at the moment. Over the last ten years, much effort has been expended to ameliorate the situation in Somalia. At the moment, a full withdrawal of foreign soldiers risks undoing all the progress made thus far.Nicholas Kay, the outgoing representative for the UN Secretary General in Somalia, suggested in a 2015 statement that Somalia is no longer a failed state but a recovering fragile country. However, the ultimate goal of a stable, operational government and safe streets remains distant.

In 2012, Somalia’s new federal government announced that the country would hold the first democratic elections in nearly 50 years. The country held a one-person, one-vote election in 2016. The last the time Somalia held democratic elections was in 1969. But the promise to recapture democracy in 2016 was broken due to demolished infrastructure, low security and political disputes. Instead, 135 traditional clan elders selected 14,025 delegates who formed 275 electoral colleges each containing 51 members.

Some critics question whether spending money and time on elections is productive when, according to the UN, nearly half of the population is short of food. However, a credible election could be a stepping stone to a legitimate and solid government which would secure and govern unstable areas. This is especially important under the present set of circumstances. Extremists and clan militias continue to carry out attacks despite the presence of an African force of 22 000 troops. The government will not prove efficient at counterinsurgency until it has stable and efficient institutions.

While plenty of humanitarian and financial resources have been allocated to improve the conditions of Somalis, an honest, effective and conciliatory leadership is what Somalia lacks the most. In 2012, the international community was hopeful that President Hassan Sheikh Mohamud would distance himself from the previous chain of corrupt and ineffective transitional governments. But Mohamud’s government failed international expectations.The UN accused the regime in 2013 of corruption, as 80 percent of Somali Central Bank transactions were fraudulent and internal quarrels and power struggles also stalled many political endeavours.

The hope and momentum of 2012 needs to be regained by the Somali government and the international community, if only to secure the progresses made and repel insurgent threats. Although an elected federalized government could minimize fighting among clans and ensure they are all represented, the foremost priority ought to be honest political commitment to good governance. For now, AMISOM is the largest and most coherent force aimed towards fighting insurgent threats. Its headquarters must facilitate greater coordination with its military parts, which must in turn report their actions to the headquarters to avoid confusion. Contributing troops must not follow agendas and national interests that contradict efforts establishing stability in Somalia. Ultimately, however, AMISOM cannot stay indefinitely. Somalia needs a national military that is self-reliant and effective at ensuring security.

Long gone are the days when Somalia had an effective national government. For more than 20 years the country has been a war zone. If Somalia may not reach the level of stability that it once had, much can be done, at least, to keep the country from spiralling into chaos. Urgent action needs to be taken by the Somali government and the international community to secure the fragile but costly changes of the past seven years – and ensure they do not slip away.