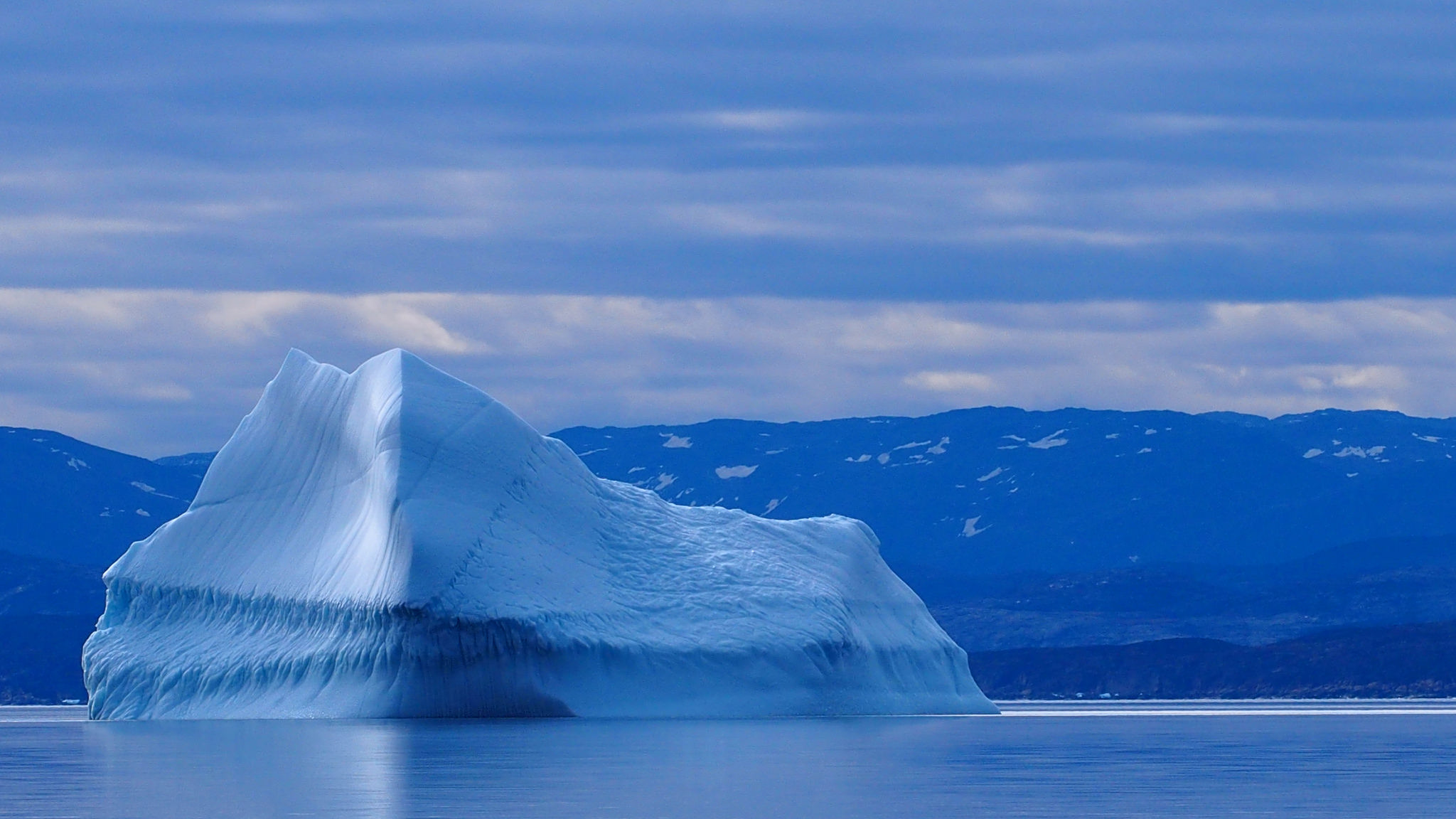 An old frontier from the Cold War, the Arctic is quickly re-emerging as a confrontation zone between world powers. In this cold and sparsely populated corner of the Earth, Russian expansionism – spearheaded by President Vladimir Putin – is well underway. Reviving the old Soviet desire to seize control of the Arctic, Russia seeks to further develop its military and security capabilities in the resource-rich region. In doing so, it aims to develop an unparalleled strategic advantage in the region vis-a-vis the West.

The US Geological Survey estimates that a quarter of the world’s undiscovered oil and gas reserves are located in the North Pole, buried beneath layers of ice sheets. This is the key factor driving Russia, as well as other Arctic countries, to establish their dominance over the North Pole.

However, Russia will not find allies across the ice: Canada, the United States, Norway, and Iceland are all NATO members, while Sweden and Finland are EU member-states, and Denmark (Greenland) is a member of both.

Governance of the Arctic

Created in 1991, the Arctic Council was established when Finland gathered the eight Arctic nations together, along with several groups representing indigenous peoples, in order to discuss a strategy for environmental protection in the Arctic. Downwind of Soviet facilities, concern had risen in Finland over Soviet industrialization of the Arctic and the pollution it was emitting. Since its formation, the Arctic Council has provided a limited framework of cooperative agreements in the region, establishing search-and-rescue operations, oil spill readiness plans, and scientific research initiatives.

Supplementing this is the United Nations Convention on the Law of the Sea, which came into force in 1994. This gave legal status to navigation, territorial limits, and established exclusive economic zones (EEZs). EEZs are territorial zones 200 nautical miles from a country’s shore. According to the convention, every nation has the right to explore the waters and seabed of this zone,  but not the surface.

The Law of the Sea also created a process to file claims to extend EEZ territory, which Russia exercised for the first time in 2001. It requested to extend its territory outward to encompass parts of the underwater Lomonosov Ridge, which stretches beyond the North Pole towards Greenland. The UN neither accepted nor rejected Russia’s request, citing that further research was  required. Russia reiterated its request in 2015, but a decision remains pending.

Governance in the Arctic is poorly developed. Despite the Law of the Sea and the existence of the Arctic Council, agreements between Arctic powers are not focused on settling the unclaimed territory in the center of the Arctic. The lack of governance in this regard allows Russia to dominate the area with more ease.

The pending UN decision on Russia’s claim has not stopped Russia from asserting that the area it has claimed is Russian. In 2007, a Russian submarine expedition descended into the depths of the Arctic and planted a titanium Russian flag in the resource-rich seabed of the Lomonosov Ridge. The expedition’s leader, Artur Chilingarov, claimed to Itar-Tass news agency that “if a hundred or a thousand years from now someone goes down to where we were, they will see the Russian flag.” Speaking to state media, Boris Gryzlov, who headed the State Duma lower chamber of parliament at the time, victoriously declared the expedition as “a new stage of developing Russia’s polar riches.”

He went on to explain that, “this is fully in line with Russia’s strategic interests . . . I am proud our country remains the leader in conquering the Arctic.” However the international community regards this action as illegitimate, and not a substantial claim to territory. Former Canadian foreign minister Peter MacKay was quoted telling CTV, “this isn’t the 15th century. You can’t go around the world and just plant flags and say: ‘We’re claiming this territory’.”

However, Russia justifies it by emphasizing the ridge is connected to its continental shelf, making it Russian territory. This territorial dispute is a strong symbol of Russia’s unyielding desire to claim large parts of the Arctic for its own.

Nevertheless, the Arctic is not likely to emerge as a hostile frontline between world powers in the immediate future. Today, much of the Arctic’s wealth is inaccessible, but this has not stopped Russia from preparing for the future and consolidating its position in the region. The rapidly melting Arctic ice sheets is creating a sense of urgency among world powers to map out their Arctic strategies.

We are beginning to witness a clear Russian roadmap for its strategic takeover of the North Pole. The two major strands of Russian policy in the Arctic revolve around expansionism and the development of effective icebreakers. Moscow is enhancing its security and military capabilities in the Arctic with military bases and the production of icebreakers, which are critical for any nation seeking to be a significant power in the Arctic.

The icebreaker, a vessel that can navigate the Arctic with ease, crushes several meters of ice as it navigates the frozen waters of the High North. This allows Russia to maintain shipping routes, perform search-and-rescue operations, and maintain outposts. With Russia developing more advanced icebreakers to add to its already existing fleet of 40, its Arctic capabilities far surpass those of any other nation.

Militarily, Russia is garrisoning once-abandoned Soviet military bases on its Arctic coast, building new military infrastructure including airstrips and bases, and relocating two brigades to the Arctic. This militaristic expansionist policy, coupled with icebreaker development, produces a powerful marriage of capability and ambition.

On the other hand, the United States – the world’s superpower – has shown minimal interest in the Arctic. It has not even ratified the Law of the Sea, meaning it cannot legally lay claim to territory in the Arctic. On top of this, despite the US having one of the largest navies in the world, it only has two icebreakers. Compared to Russia’s rapid all-hands-on-deck consolidation of the Arctic, the US will be left behind in the dust.

Strategic US military infrastructure in the Arctic is limited to the Thule Air Base in Northwestern Greenland. This mostly serves as an advanced radar system to warn of incoming missiles from Asia. NATO presence in the Arctic is limited to a few bases in northern Norway. One is an Air Force base on the island of Andøya which is scheduled for closure due to its cost to the military. Another was a naval base located in Olavsvern in northern Norway, but the Norwegian Parliament decided to shut it down and sell it in 2011 due to a restructuring of the navy. The site is now rented out to Russian research vessels. Western military infrastructure is minimal in the Arctic, which is a key advantage to Moscow’s expansionist policy.

This militaristic expansionist policy, coupled with icebreaker development, produces a powerful marriage of capability and ambition.

So, is Russia attempting to dominate the Arctic to balance against the West? Perhaps.

It is clear that Putin has long-term ambitions in the region and seeks to place Russia in a position to credibly challenge any other authority in the Arctic. But what does access to these resources mean for Russia on the world stage? The EU is dependent on energy imports from other countries, and Russia makes up less than half those gas and crude oil imports.

Access to Arctic resources makes Russia a more powerful supplier to the EU and increases its dependence on Russian imports. Thus in the event of a confrontation, Russia can halt the flow of energy, crippling the EU, albeit temporarily. Regardless, it is powerful leverage Russia can obtain.

Additionally, the military advancements Russia has developed in the Arctic are capable of threatening the EEZs of other Arctic nations. The Russian experience and knowledge of the High North is unmatched. This should lead to a massive tactical advantage during times of conflict.

Control of the Arctic is a tool for Russia to balance against the ever-growing spread of NATO and EU membership. As more ex-Soviet member and satellite states join the West, the grip around Russia’s neck tightens. But a strong foothold in the Arctic may loosen that grip.

If the ice melts away, the opportunity for international shipping in that area grows. An ice-free Arctic means thousands of kilometres saved in shipping from Europe to East Asia and vice versa. China is the EU’s largest source of imports and second-largest export market.

Thus, a Russia that controls the passage of trade in the Arctic is a Russia that can assert dominance upon the EU and European NATO member states. With geopolitical security and control of the Arctic comes economic leverage over the EU.

The Russian push for further industrialization and militaristic expansion of the Arctic coupled with the US’ disinterest in the region will amplify Russia’s power on the world stage in the long run. Despite international sanctions, a declining population, and the threat of further NATO enlargement, a Russian dominated Arctic has the potential to be a game-changer in balancing against the hegemony of the West.