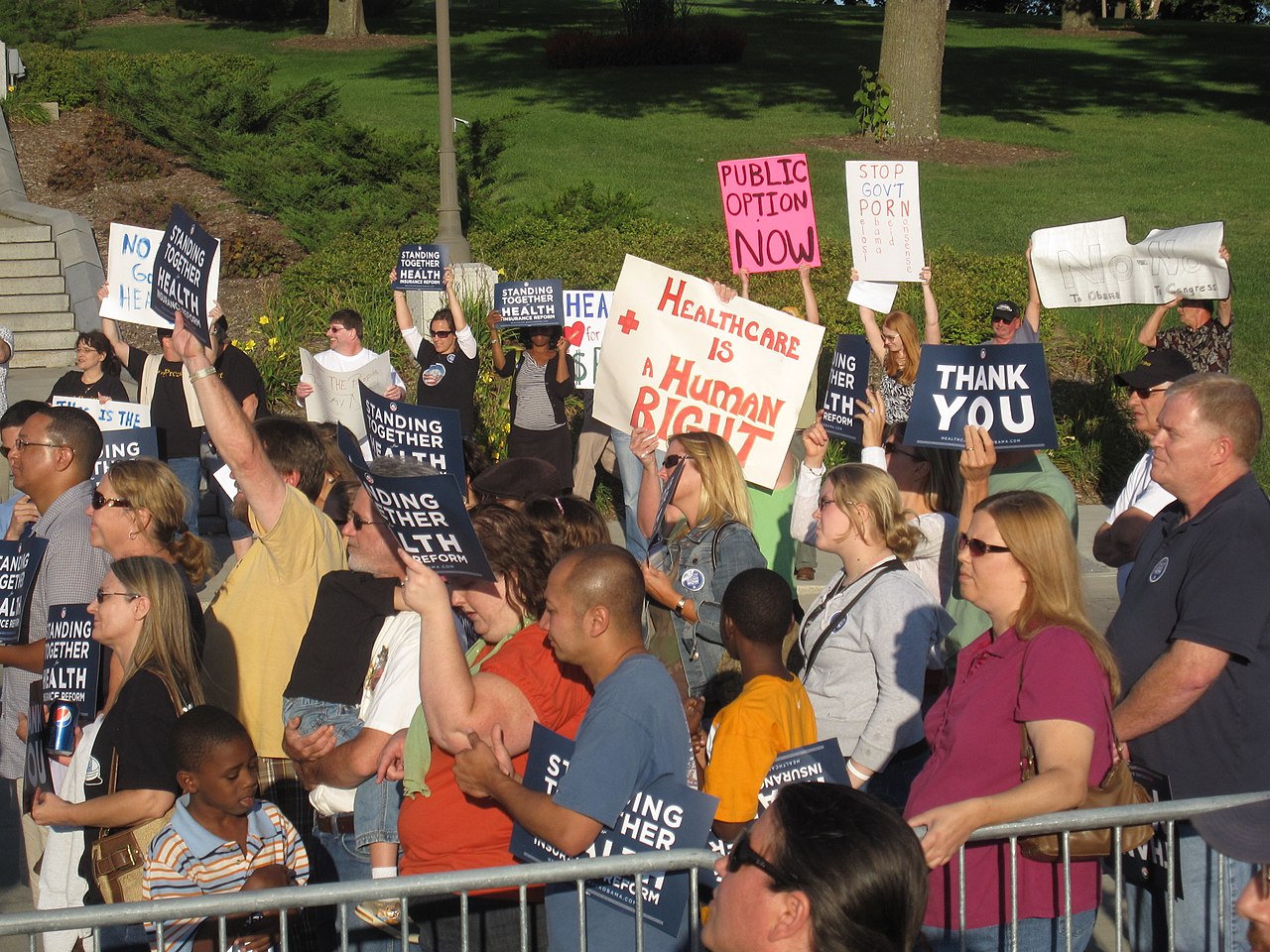 A couple of weeks ago, I started feeling pretty sick. I was in an abnormal state, where all I wanted to do was nap and felt quite drunk all the time. Unfortunately, this was not because I was going out to frat parties on a daily basis. I first attributed my symptoms to general exhaustion at this point in the semester. However, I started to think something was up after a couple 12-hour nights of sleep didn’t make anything better. I then decided to seek the opinion of a medical professional.

Turns out, that is easier said than done.

I’ve had the great fortune of being born and raised in Canada, by two hospital pharmacists and a country with a universal healthcare system. Therefore, annual pediatric check-ups were routine in my household, and so were hospital visits if I was sick. Given the nature of Canada’s healthcare system, the cost was never a consideration when deciding whether or not to go to the hospital.

However, I am not in Canada this semester, but rather in Virginia. I was having quite a pleasant experience, and apart from the unbearable humidity the first month, didn’t experience much of a culture shock. That is until I got sick.

When you are an international student on exchange at the College of William & Mary, the school makes you opt into their student insurance, for the cost of $936. The process is quite simple: you send some forms to the campus clinic, create an account on some website, and download your healthcare card. I have to admit I was a bit annoyed at the price. Apart from a concussion two years ago and a broken nose when I was nine, I’ve never really had to go to the hospital, so I didn’t really see the point in paying that much money just for the possibility I might get sick. However, it was easier to opt into the insurance than to refuse it, so I signed up in fifteen minutes and moved on.

Despite paying almost a thousand dollars, I never asked myself what my insurance covered, or how the healthcare system really worked in the United States. I knew it covered consultations at the on-campus clinic, but that’s about it.

After a few days of feeling terrible, I decided to seek medical help. One major hiccup: it was a Saturday, and the campus clinic was only open on weekdays.

I started to panic. For the first time in my life, I felt hopeless because I was sick. There were a few open clinics in Williamsburg that day, but I didn’t know if a visit would be paid by my insurance. I started searching through my emails and the school’s website to find some document that could explain what was covered by the insurance I had purchased. I asked other exchange students, but no one had bothered to go over the details of the insurance.

After finding an 87-page pdf buried in my emails, I tried to make sense of the insurance by watching YouTube videos explaining what ‘co-pay’, ‘co-insurance’, and other jargon meant. It didn’t help much. I googled my symptoms and went from self-diagnosing myself with leukemia to a thyroid issue in a matter of minutes. I messaged a few American friends, but none seemed to really know how their healthcare system really worked. I almost resolved myself to walking a mile to the nearest clinic and hoping it would be covered, but ultimately decided against it. I could wait until Monday and go to the on-campus clinic for “free” then.

I felt quite angry that day. Angry at myself, for failing to properly get educated on the insurance plan. Angry at the school, for omitting to provide any kind of information on the American health system to exchange students hailing from countries with universal healthcare. And mostly angry at the United States, for having such a complex healthcare system.

Here I was, struggling to stay awake for more than a few hours at a time, and I had to decide whether or not to go to the clinic, without even knowing if I would have to pay. I was lucky, because I knew I would have a free option come Monday morning. However, this is an option millions don’t have.

My experience at the campus clinic Monday (and for my follow up Tuesday) could not have been more different than what I had experienced during the weekend. I walked in around 9:20, and was immediately able to get an appointment to see a nurse at 9:40. For someone who’s lived in Montreal her entire life, where the average ER waiting time is 14 hours, this came as a pleasant surprise. In less than an hour, I saw two nurses, got prescribed a medication to help with the nausea, and had some blood tests done. I was also asked to come back the next day. In the end, I got the diagnosis of a virus. I was told to keep resting, and that I would start feeling better (spoiler alert: I did).

The total cost of this adventure was $15 ($5 for the medication, $10 for the bloodwork). What it mostly offered, however, was insight into the dysfunctionality and unfairness of the American healthcare system.

The American healthcare system is needlessly complicated. Hospitals, clinics, and healthcare facilities can be either privately or publicly owned. Health insurance can be bought from a variety of healthcare providers, and is paid on a monthly basis. Healthcare providers usually have agreements with a network of doctors. If someone visits a doctor that is not within their insurance network, their visit is usually not covered by the insurance. Furthermore, insurance providers usually only cover specific tests, drugs, and services. Therefore, insured people can often be charged for medical issues, if what they need is not covered. What is covered and how much insurance costs varies from state to state, and from one insurer to another. This lack of coherence makes it hard for individuals to know if what they need will be covered before they seek treatment. Two groups receive health care support from the federal government. Medicaid provides free healthcare for low-income people. However, the cut-off to access Medicaid varies from state to state. Older Americans, usually starting at 65 years old, can receive health insurance through Medicare. The Affordable Care Act (aka Obamacare) ensures that those with pre-existing conditions are covered. It also provides government subsidies to make healthcare cheaper. However, navigating the healthcare system remains a struggle, because there is no uniformity, and each doctor’s visit might cost a very different amount, even with insurance. health care is still very expensive.

Free healthcare isn’t communist or a revolutionary idea, and won’t lead to the collapse of the United States. Healthcare is a right, not a privilege. By refusing to implement Medicare for all, America is shooting itself in the foot. I’m not saying that the Canadian healthcare system is paradise. It’s far from that, actually. However, it is much better than the American alternative.

The American healthcare system creates two realities – one for those who can afford to get sick, and one for those who can’t.  In 2016, it was estimated that a visit to the emergency room cost on average $1,265, and medical bills are the number one reason why Americans declare bankruptcy. Given the complexities of each insurance, the system forces people, when they are feeling their absolute worst, to decide whether they would rather still feel sick or go in debt to see a doctor. It makes some awful diseases like cancer much worse, because they also become financial tolls on families. For example, it is estimated that a broken limb will cost someone $16,000 on average. The current healthcare system prevents people from seeking help before it is too late. And it makes it impossible for every child to start life on an equal footing.

In 2010, a review of the Commonwealth Fund presented what would happen if the United States adopted Medicare for All. It estimated that 5,400 less children would die in infancy, the country would save 1.3 trillion dollars in healthcare spending, 57 million more Americans would be insured, and more than 50,000 preventable deaths would be avoided. Obviously, this would come at a cost: 17 million more adults would have to wait more than six days to see a nurse.

The American system is broken. In 2017, government health spending in the United States was $10,224 per capita, while it was under $5,000 in Canada. However, for a much smaller price tag, Canadians benefited from a universal health care system, while Americans didn’t.

As I said earlier, no system is perfect. But universal healthcare ensures that no one gets left behind. Americans love to boast about their founding documents and its promise for ‘life, liberty, and the pursuit of happiness’. When someone is one diagnosis away from bankruptcy, it’s hard to believe the American dream is still alive.