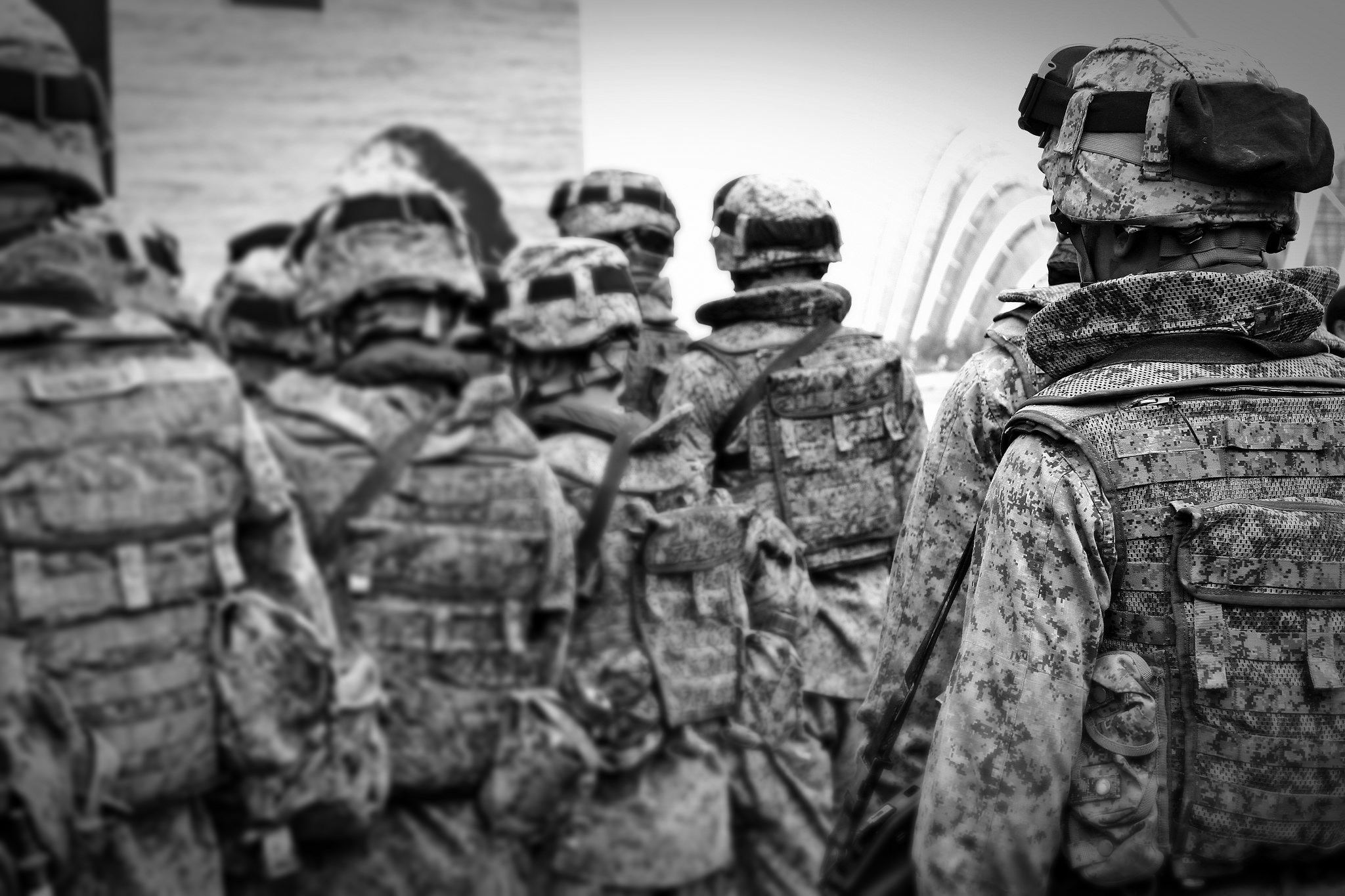 The state, as outlined by Weber’s popular definition, is the structure that has a monopoly over the legitimate use of force within a given territory. States regularly exercise many of their powers over their citizens, from collecting taxes to forcefully detaining unlawful individuals. These powers are often assumed to be for the betterment of the society in which the state operates and are thus justified in terms of fulfilling some conception of the “greater good”. In terms of the two aforementioned examples, they help maintain peace and order as well as, depending on the state system, equality through, for example, redistributive taxation. However, as not all of the functions of the state are clearly intended to further the “greater good” of society, certain powers exercised can fall into a morally questionable category – an ethical grey zone. A pertinent example of such cases in the “grey zone” are wars. While it may be honourable to partake in the fighting and defending your country’s freedom, some pacifistic citizens may choose not to engage. A popular example of such a situation was the case of Cassius Clay (known commonly as Muhammed Ali) who, citing religious reasons, refused the draft into the U.S. Army. Thus the following question arises: in cases such as this one, should the state have the power to violate the morality of its citizens, or should individual autonomy remain a supreme principle?  Accordingly, do states have a right to implement conscription among its citizens?

Though this question can be answered from many different angles, for example from a legal or state-centric approach, I will analyze this topic from the perspective of moral duty at the individual level. That is, I seek to examine whether conscription is justifiable based on an individual’s duty to the state. To answer this question, one must first establish whether individuals have certain political duties towards the state to fulfill and if so, one must determine what these obligations are. The discussion will show that, indeed, the matter of conscription can essentially be broken down into one of civic duty.

In terms of security and defense, there are two main conceptions of the political obligations of citizens. The first argument, suggested by Dworkin, suggests that political obligations of citizens must follow the principle of “the common good”. [1] This principle states that individuals should leave behind their private concerns when conducting themselves in the public sphere and reason from the view of what is best for the community. In short, collective decision-making transcends private interests. The reason for this, in essence, is a type of social contract argument. By remaining in a political community, we must agree to adhere to certain norms that will act in the betterment of the community at large. This is justified by showing how it is a kind of ‘associative’ or ‘communal’ obligation that must be followed. As such, individuals must act so that the community at large benefits.

Some corollary principles of this claim are those of fairness and consent. Related to the moral principle of acting towards communal goods, the fairness principle dictates that each citizen must contribute what they can to the communal structure, so long as they accept the benefits of the scheme of cooperation. [2] Additionally, there is an implication of the principle of consent involved in the claim. That is, in remaining in a political society, we implicitly consent to abide by certain norms and regulations. [3] It could then be argued that one of those norms is acting for the common good. Thus, if one follows these principles, the logical conclusion would be to propose that individuals within a state are obligated to protect the state, as this would be best for the community at large, and therefore conscription is well within the purview of the state.

Conversely, the second argument states that individuals in a society have no obligation to follow a state’s authority, so long as the rules of law are contradictory to the individual’s personal morals. Thoreau, in his piece Civil Disobedience, articulates this claim in his justification for tax evasion. [4] He proposes that, when the state is involved in any disagreeable activities, individuals have no moral obligation to cede to its authority. In short, he argues that individual morality is supreme. In this view, conscription would not be within the purview of the state. Instead, individual autonomy supersedes the ability of the state to control individuals, even for the purpose of pursuing “the common good”.

As is evident, the dilemma boils down to a simple dichotomy: the collective good vs. individual autonomy. Do individuals have a duty to their state even in cases where the duty contradicts their fundamental moral beliefs? If so, then conscription imposed by a state would be justified.

Yet there is a third option, a stance that lies between the argument for and against conscription as outlined above. So far, it has been argued that the moral justification for conscription is based on a duty to uphold and protect the common good. In a sense, your duty to the state is grounded in your duty to the collective people, and security is a fundamental common good. Thus, conscription is justified. I would argue, however, that the conception of security as the highest common good is flawed. Rather, the ideal principle of the common good for which we ought to strive is political and psychological freedom. These are the freedoms which allow members of a community to retain their membership in society even when they have differing beliefs on a matter. While security may seem like a base level common good, if society simply adheres to this conception, it runs the risk of alienating vast groups of citizens. The goal of political society is not to enforce an artificial sense of likeness among the members, but rather finding commonalities and compromises among its differences. In this way, acting towards the conception of ‘common good’ as security (and not liberty) is a dangerous path. For, as mentioned above, this may alienate groups from society, thereby undermining the internal cohesion of the community. In contrast, allowing individuals to choose their level of military commitment to the state would result in less upheaval, and would thus be more beneficial to society.

A pertinent critique of this argument would be to assert that, should a state be unable to secure itself against external conquest, it would be meaningless to maintain the freedom of its citizens. In other words, along with a harsh realist perspective, security is the ultimate good of society. This argument fallaciously sets up a false dichotomy between freedom and security. It proposes that the security of the state is the starting point of all civil liberties, thus propelling national security to the top the list of priorities of a state.

While it may be true that a nation that has ceased to exist can do nothing to protect our civil liberties, I would propose that national security without civil liberties is not worth preserving. That is, without the freedom to choose how we act, we would not enjoy living in a state at all. National security should therefore not be indisputably at the top of a state’s priorities, but rather alongside securing individual freedoms. While we may be secure from external aggression in a supremely secure state, such a state would likely infringe on many personal liberties, and would likely closely resemble a Cold War-era USSR, or a present-day North Korea. This dilemma requires a delicate balance of both national security and the protection of civil freedoms, and there is thus no “hard and fast” rule for determining where one takes precedence over the other. In this case, however, I would assert that individual liberties take precedence over state security on the grounds of individual morality taking precedence over state security in the context of harming others for the sake of the collective good.

Therefore, the seeming impasse between individual autonomy and duties to act towards common goods is, in fact, a result of a flawed conception of the common good. In formulating our notions in terms of liberty rather than security, we effectively circumvent the “communal obligation” arguments and can assert that conscription, as imposed by the state, is in fact not justifiable.