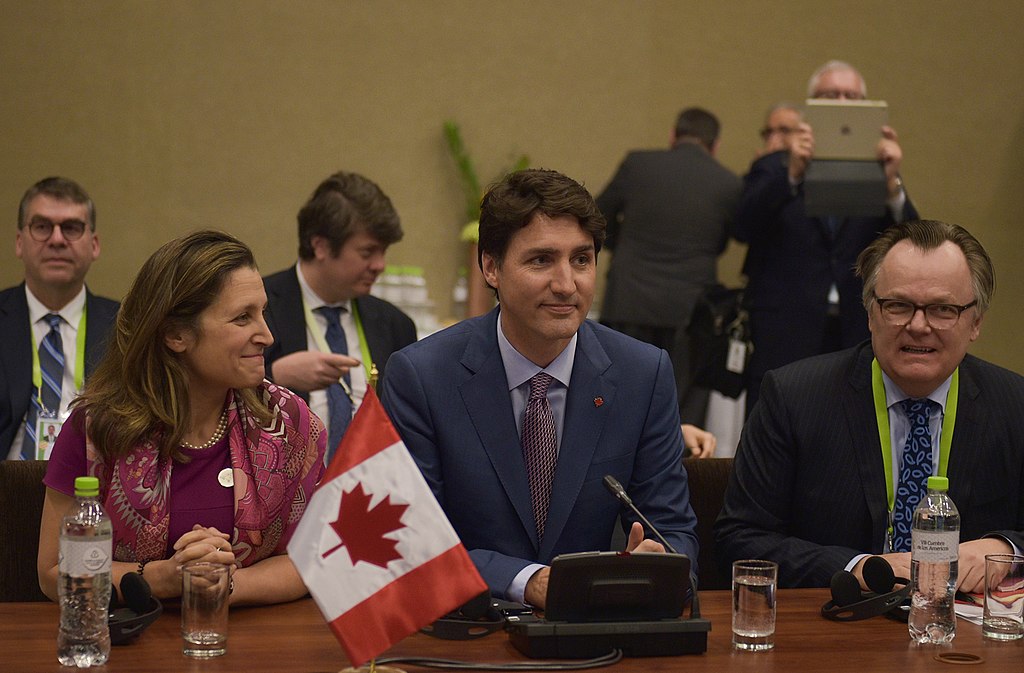 In June 2017, International Development Minister Marie-Claude Bibeau revealed a “Feminist International Assistance Policy” backed by the allocation of 15% of Canada’s $2.6 billion bilateral development assistance budget. This focus on gender inequality has been mobilized by Prime Minister Justin Trudeau’s government as a host for the G7 Summit and candidate for the 2021 UN Security Council.  As a self-identified feminist, Trudeau was distinguished in the early years of his term when he named a cabinet with gender parity and later with a “female-friendly” budget that, according to the Globe and Mail, made 358 reference to gender.

While these measures elicited admiration from many, Trudeau himself has suggested his feminism should not be met with a pat on the back. Beyond the facade of achievement, a gender-based approach to international aid must be critically assessed to determine if it is actually capable of meeting the goals it aims to achieve.

The Feminist International Assistance Plan (FIAP) applies a gender-based approach in six distinct aspects including the empowerment of women and girls, environment and climate action, inclusive government, and peace and security. According to Global Affairs Canada, the plan argues the promotion of equal rights is the most effective way to reduce poverty, commits to addressing sexual and gender-based violence, supports women’s rights organizations and movements, and aims to improve the public sector’s institutional capacity to build gender equality. In addition, the plan promises continuous engagement with evidence collected during an international assistance review said to consult with over 15,000 civil society actors, youth, and representatives from over 65 countries.

While the introduction of the policy was cushioned around attempts to include a diverse set of perspectives, the framework has received criticism from many of the same types of stakeholders that Global Affairs Canada allegedly consulted with during their international assistance review. In a statement made by the NDP foreign affairs critic, Helen Laverdiere expressed disappointment and argued that “a truly feminist foreign policy needs more than words – it needs money.” Laverdiere recommended that in addition to current budget allocation, at least 15% of funding from the international peace and security budget be put to gender equality and women’s empowerment projects. In making this recommendation, Laverdiere cites the target recommendation made by the UN Secretary-General in 2010.

Why Social Engineering Development Projects Fail
With that stated, experts on international development suggest the issues with Trudeau’s ambiguous policy have less to do with a lack of funding and more to do with the region-dependent, bureaucratic processes that limit funding to smaller, local organizations as well as varied political pressures. In fact, Christoph Zurcher, a professor of international affairs at the University of Ottawa, described the feminist policy as “highly ideological,” stating “it is not about the money; it’s the approach”.

To that effect, the policy reflects an agenda of social engineering in which an elite, centralized few attempt to manage the social behaviour and development of another society.

Journalists like Rafia Zakaria have argued that FIAP contains elements of neo-colonial international development, particularly in the imposition of social models by a foreign government. In the words of Dr. Zurcher: “if FIAP was a person, it would be a white, male, Canadian elementary school teacher – self-righteous, with limited world experience and very sure of himself.”

The implications of this are also technical. Social reconstruction has historically failed because it lacks the consideration of domestic pressures required to create genuine change. To this effect, Zakaria describes the destruction of social models set up by finite amounts of international aid as “political theatre” and the backlash that often ensues after international development agents complete projects in the region as a “reclamation of pre-intervention authenticity.” Similarly, Zurcher points out the “cardinal sin” the policy makes in presenting gender equality as a means rather than an end goal.

The flaws with prioritizing social engineering are evident even in the backgrounder provided by Global Affairs Canada. It homogenizes women in the Global South and makes assumptions that “unpaid work” such as childcare is a “heavy burden” that women in the developing world want to be relieved of. It also assumes that members of these societies would be willing to engage with the transition from agricultural work to the commodification of land and property associated with more industrialized societies. While these sound effective in principle, historically there is often resistance to new economic and social models prescribed by foreign aid workers.

In Mali, the French government attempted to irrigate 2.47 million acres to develop hydropower and generate employment. The project failed when local workers ignored attempts to change traditional agricultural practices. Another example can be cited with the Turkana people in Kenya. A project designed in 1971 by the Norwegian government cost over $22 million and aimed to provide employment through processing fish for export. Due to the limited consideration of domestic pressures and the lack of participation of local leaders and civil society actors, the people hired to work in the plant had no history of fish processing. This led to the eventual dissolution of the plant after a few days.

In other cases, the lack of economic and political rights FIAP identifies as detrimental is either perpetrated or enabled by government legislation. As such, attempts by foreign governments to influence this could be interpreted as a breach of sovereignty. In those cases, Canada may face resistance in implementing long-term solutions.

This ailment is a symptom of what scholars such as Geeta Chowdhry, a professor at Northern Arizona University, have referred to as “trickle-down feminism.” This occurs when an elite group of women dominate development discourse and, in doing so, homogenize women in the Global South. This view promotes free market ideals such as entrepreneurship and individualism that claim to empower women in the developing world. On the contrary, Chowdhry argues, this approach actually disempowers women by denying them the right to choose their own political and economic systems.

Ultimately, the Liberals’ approach sounds good when taken at face value. But if Trudeau wants to make a genuine impact on the lives of women around the world, it will require a shift towards a deeper understanding of and partnership with the societies FIAP intends to uplift.