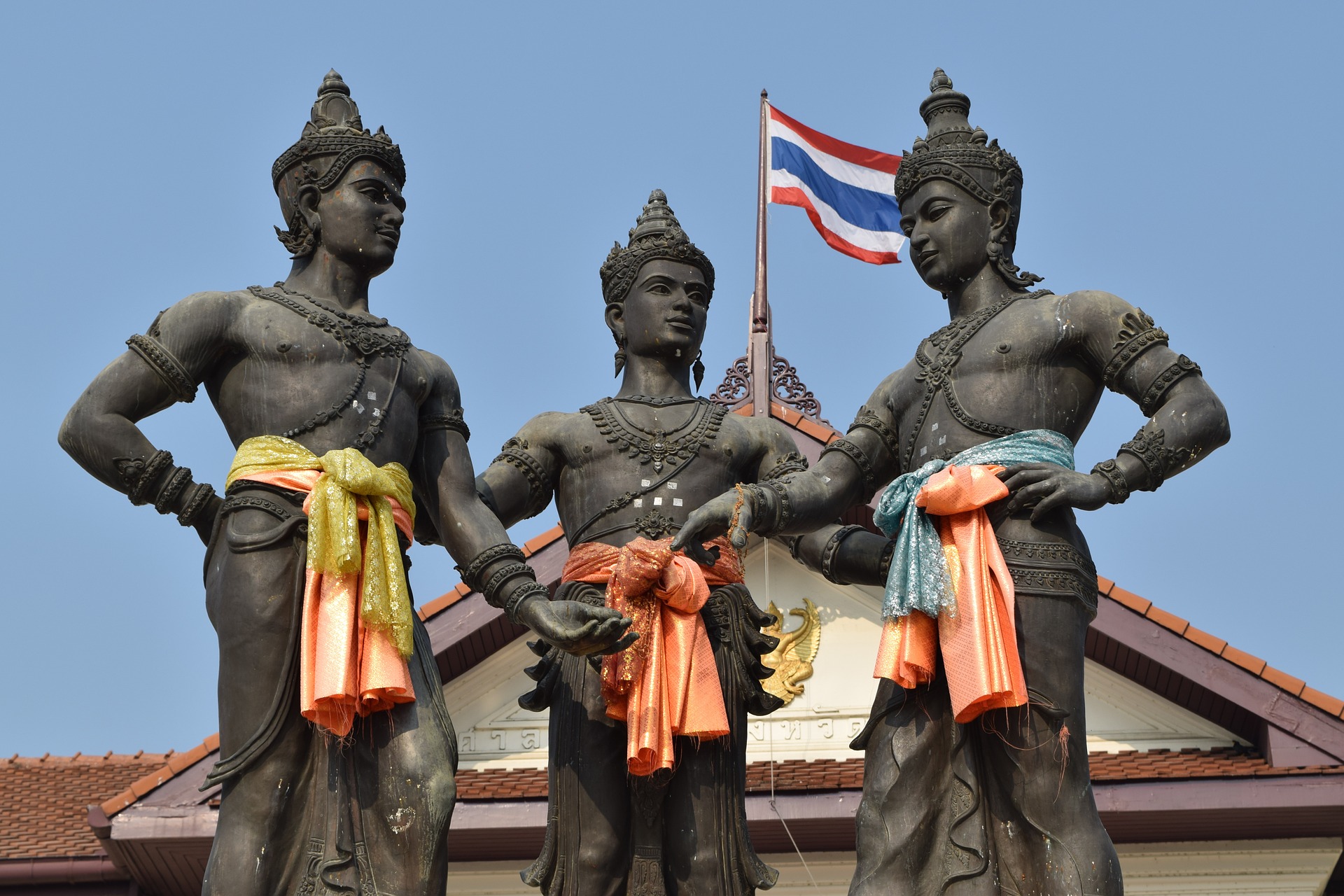 On February 8th, the Thai Raksa Chart (TRC) party made an unexpected announcement that Princess Ubolratana would stand as the party’s candidate for the office of prime minister. Before anyone could recover from this surprise, Thai politics was rocked by another shock. King Vajiralongkorn, the princess’ younger brother, issued an order the same evening stating that no member of the royal family should be involved in politics, effectively vetoing Princess Ubolratana’s candidacy.

Three days later, the Election Commission (EC) also rejected the nomination, and recommended that the Constitutional Court disband the TRC based on the allegation that it violated the spirit of constitutional monarchy. The court announced that it agreed to the EC’s request and scheduled a hearing for February 27, although a ruling on the possible dissolution of the TRC will only be issued after the court finishes examining the case. Pending the court’s final decision, the TRC decided that its executive members would not campaign, and instead dedicate their time to preparing for their defense at the hearing.

Several observers have weighed in on this matter, offering diverging interpretations of the recent events. Some believe that the nomination of Princess Ubolratana was an attempt by the TRC to reconcile with the monarchy and seek pardon for the exiled de facto leader of their alliance, former prime minister Thaksin Shinawatra, who was ousted after the 2006 coup and replaced by the current military junta. According to this view, the TRC sought King Vajiralongkorn’s direct approval of Princess Ubolratana’s potential role in politics, but the palace feared that this would undermine the monarchy while boosting Thaksin’s influence.

Another interpretation suggests that the TRC and Princess Ubolratana defied the king’s authority by challenging him and his support base of mostly conservative, pro-monarchy and pro-military groups. This view is consistent with that of several scholars of Thai politics, who have observed that the monarchy has been increasing its efforts to consolidate power. Duncan McCargo argued that Thai politics is best understood through “network monarchy”, the idea that the king wields his power by working through “proxies” who have vested interests in the longevity and dominance of the monarchy as a social and political institution.

This runs contrary to the popular assumption that the Thai monarch is “above politics.” Far from being passive figures, both the late King Bhumibol and his son King Vajilalongkorn were and are directly involved in the nation’s affairs. During the later years of Bhumibol’s reign, it was found that the palace was implicated in the 2006 coup through its inner circle: the President of the Privy Council and some Councillors, the Supreme Court President, and others who are appointed by the king. His wife, Queen Sirikit, attended the funeral of a prominent yellow-shirt member and praised his bravery. Many red shirts were enraged and disappointed by the Queen’s obvious display of partiality.

Under Vajilalongkorn, the monarchy has exerted royal prerogatives on several occasions, making changes that ultimately strengthened its authority. For instance, the king refused to sign the 2017 Constitution until the amendments he requested were introduced. He has also changed the composition of the Privy Council and modified laws concerning the Crown Property Bureau, which is in charge of managing the royal family’s assets.

No matter how the Ubolratana incident is interpreted, it has become clear once again that the Thai monarchy is not completely impartial. Nor is it necessarily a righteous force which upholds democratic principles. Thongchai Winichakul has captured the current situation in Thailand using the metaphor of two elephants in the room: the monarchy and anti-monarchy elements.

Hyper-royalism, which is embodied in the many royal rituals and the broad application of strict lèse-majesté laws, is exacerbating the sense of disillusionment felt by pro-democracy groups after seeing the monarchy side with the military and the conservative-royalist yellow shirts. As put by Winichakul, “the cult of a sacred monarch in a democracy is oxymoronic because sacredness survives by hyperbole and unaccountability while accountability is indispensable for popular democracy”. As such, failure to acknowledge these realities jeopardizes Thailand’s chances at achieving a stable democratic system.

At a more fundamental level, the recent events are a stark reminder that Thai politics continues to be extremely polarized. There is a lack of unity within the royal family itself, with Princess Ubolratana’s acceptance of the nomination being a sign that not all royals are on General Prayut’s side. The gap between the Thaksin red-shirt camp and the royalist military yellow-shirt seems to be even wider than ever.

Can the king use his power to bring together a divided nation? For one, it would be contingent on the king’s benevolence. Some believe that it can be possible under the current system of military tutelage of civilian politics under royal command so long as the military’s power is restrained and the monarchy surrenders some of its powers in favour of strengthening democracy. This will be difficult even if pro-democracy parties manage to form a government because of the dominance of the military in various oversight bodies, like the National Strategy Committee or the Constitutional Court, which can challenge or dismiss any government for even minor breaches.

Little is known about what actually happened between King Vajilalongkorn, his sister Princess Ubolratana and the Thai Raksa Chart party. But for many Thais, politics is still a game dominated by divisive elites who are willing to make decisions without consulting the broader populace. At the heart of the current system is a conservative establishment which denies broader participation from the Thai people, as well as a monarch who has alienated many of his people. Unfortunately, the highly anticipated elections are unlikely to undo the deep divides that have plagued Thai politics.