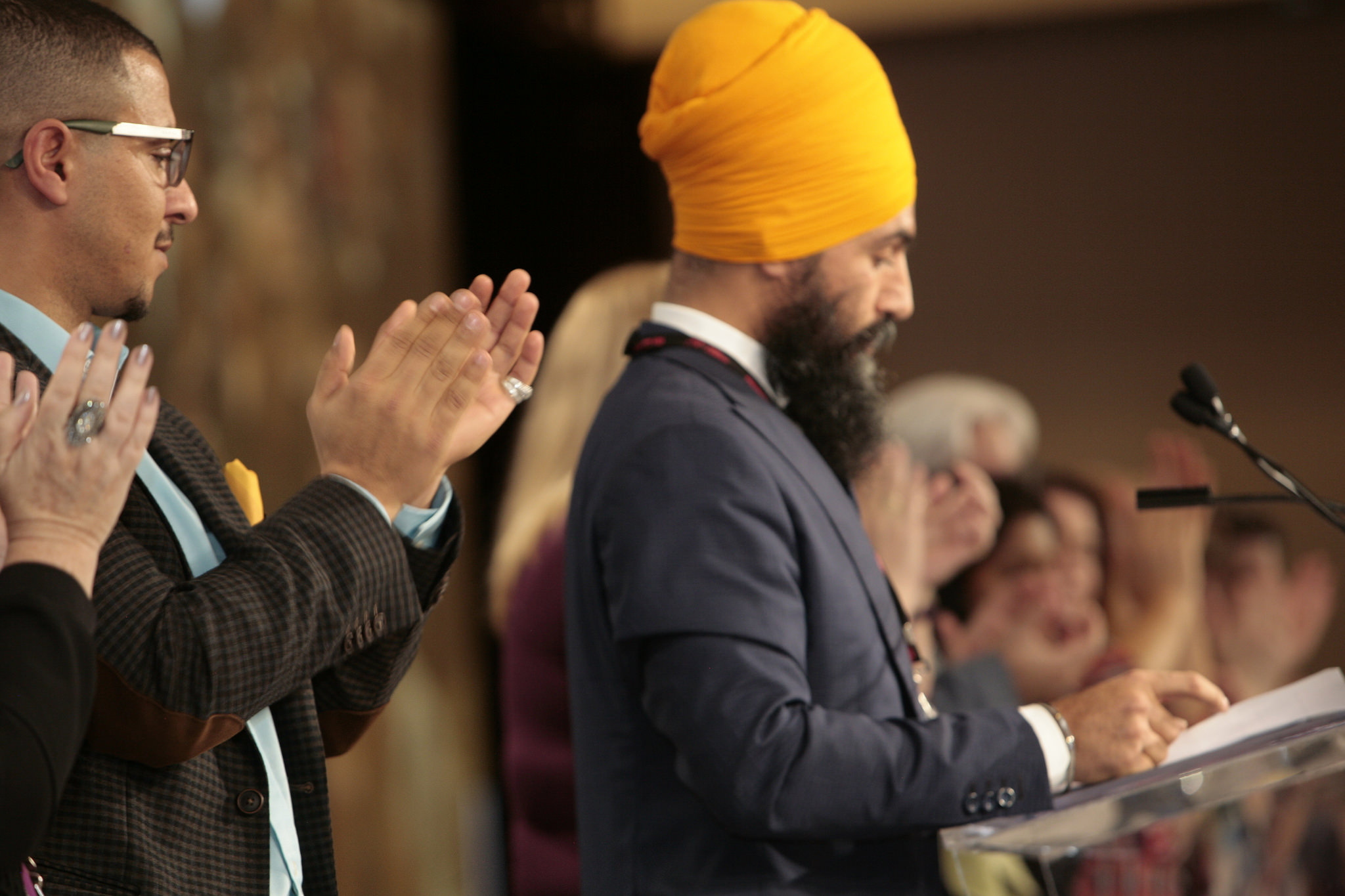 By-elections usually carry low stakes for everyone outside the riding where they are held. But yesterday’s by-elections held significance for politicians and citizens across Canada, providing a glimpse into the political landscape heading into October’s federal general election.

The three federal by-elections held yesterday yielded three different winners: the NDP in Burnaby South, the Liberals in Outremont, and the Conservatives in York-Simcoe. Taken together, they lend insight into the advantages and challenges of each major federal party.

After 16 months of dwindling popularity and warnings from colleagues that losing the by-election would mean being removed as leader, Jagmeet Singh had a lot riding on his run in Burnaby South. With turnout at just under 30 per cent, the previously seat-less NDP leader walked away with 39 per cent of the vote. The Liberals and Conservatives trailed behind, with 26 per cent and 23 per cent of the vote, respectively.

A win of this margin should be enough to put to rest any questions over who will lead the NDP into the October election. However, success at the national level in October will require a significant shift in Singh’s focus. Having spent the last several months campaigning for his own seat in the House of Commons, Singh must now switch gears to convincing Canadians outside Burnaby South that he is worthy of their vote. Considering the NDP’s low nation-wide popularity, which currently sits at 14 per cent, this will be far from an easy task.

Having a seat in the House of Commons should help, as it will give Singh a direct voice in Ottawa rather than speaking through Parliamentary Leader Guy Caron. This will allow Singh to be the key face behind NDP policy and will put the leader closer to the media. If the NDP is lucky, both will help increase Singh’s exposure in the coming months before the election.

Besides winning in Burnaby South, a second key test for the NDP was hanging on to former leader Tom Mulcair’s riding of Outremont in Montreal. This was a test which the NDP resoundingly failed. Liberal candidate Rachel Bendayan won with 40 per cent of the vote, compared to the NDP’s 26 per cent.

While getting Singh a seat was the most immediately critical objective, the Outremont by-election was a more important test for the NDP ahead of the general election. Singh’s run in Burnaby South posed a challenge to the leader in that he had to convince Vancouver residents that they could be represented by a lifelong Torontonian. But the riding was about as safe as it comes for the NDP as a party. Not only has it been held by the NDP since its creation in 2015, but it is also one of the most diverse ridings in the country. Perhaps more importantly, it is the key bastion of protests against the Trans-Mountain Pipeline Expansion – a project which only the NDP and Green Party oppose (and the Green Party didn’t run a candidate). If the NDP could expect to find support anywhere, it was in Burnaby South.

Outremont, on the other hand, represents the more typical riding that the NDP will have to fight for across the country in 2019. As an urban riding that is far from an NDP stronghold (before Mulcair, it was historically Liberal), this is the kind of riding the NDP needs to figure out how to win in October.

Moreover, Outremont was the epicentre of the Orange Wave that elevated the NDP to official opposition status in 2011. This massive win of over 100 seats for the NDP was largely due to the party’s success in Quebec, and especially in Montreal ridings like Outremont. With the NDP currently polling at just 11 per cent in Quebec and projected to lose nearly all of its Quebec seats, hanging on to Outremont would have been a sign that the NDP could turn things around in the crucial province. Unfortunately for the party, the loss signals that Quebec is likely a lost cause. This may also be a self-fulfilling prophecy, as Outremont results risk contributing to the party giving up on Quebec and progressive Quebecers looking elsewhere (for instance, to the Greens).

For the Liberals, the win in Outremont signals that the party will be able to pull progressive votes away from the NDP like it did in 2015. Although still early and impossible to confirm, the results may also indicate that the SNC-Lavalin affair currently plaguing the government has not had a significant negative impact on the  Quebec voters. Regardless of the mechanisms behind the win, Bendayan’s success in Outremont is an excellent sign for the Liberals as they march toward the October election.

While the NDP and Liberals both faced significant uncertainty in Burnaby South and Outremont, the Conservatives had no reason to lack confidence in the York-Simcoe by-election: the riding has been Conservative for most of its history.

Where the by-election did present an interesting question was in the impact of the newly created People’s Party of Canada (PPC) on the Conservative vote share. The PPC was recently formed by MP Maxime Bernier following his departure from the Conservative caucus and could pose a threat in splitting the right-wing vote. In York-Simcoe, the threat turned out to be negligible. The PPC won less than 2 per cent of the vote, compared to the Conservatives’ 54 per cent. Based on these results, the Conservatives have nothing to worry about in their stronghold ridings.

Furthermore, the PPC’s stronger success in progressive Burnaby South versus in conservative York-Simcoe may show that the PPC is not only drawing votes from the right but also protest votes from across the political spectrum. If this is the case, this may make the NDP and Liberals’ vote shares more volatile heading into October.

Altogether, the by-elections in Burnaby South, Outremont, and York-Simcoe paint a picture of the political landscape heading into the October general election. If the signals provided by these results ring true, all three major parties have been given a lot to think about.